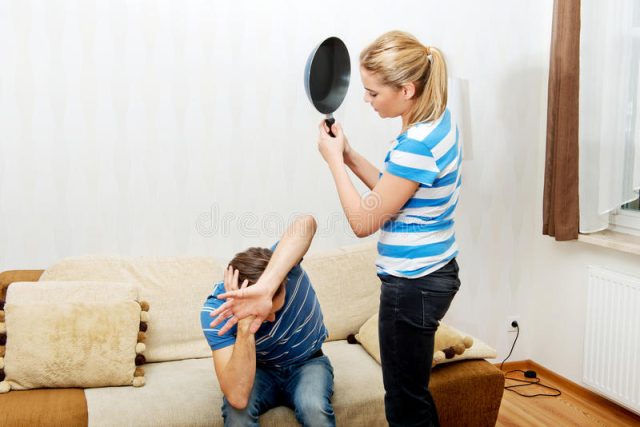 As the American Psychological Association (APA) pathologizes some of the natural male psychological characteristics in their 2018 diagnostic guidelines, it also advances the feminist ideology without shame. As a consequence, according to many experts on the topic, it further widens the divide between two genders and strengthens the painful polarization existing already for decades. This has been discussed many times by Dr. Shawn T. Smith, a psychologist and author of many important books regarding gender and the human psychological nature, on his personal Youtube channel which currently has more than 18,000 subscribers. Regarding the foundation of this highly criticized APA guidelines, Dr. Smith stated:

“You might expect, as I do, that clinical guidelines would be based on science and well-validated research, but these guidelines are ideological from the ground up. They make no pretence that the goal is anything other than to advance feminist ideas and policy. And that’s not just my assertion. The mission statement of the APA division 51, which is largely responsible for these guidelines, proudly “Acknowledges its historical debt to feminism-inspired scholarship”…”

Some of the characteristics identified as “toxic” in the APA guidelines are male impassiveness, keenness, aggressiveness, and the propensity of men and boys to set emotions aside. According to it, “traditional masculinity marked by stoicism, competitiveness, dominance, and aggression are harmful” and that men and boys who possess these nature are “less likely to engage in healthy behaviours”. However, Prof. Jordan Peterson, an evolutionary psychologist who has decades of clinical practice, meaning who has thousands of hours of profound conversation with men, debunked this notion. According to this well-respected and top-selling author:

“What’s wrong with the ability to endure? Like lots of times endurance is what you have. When things are really going badly, and they will, you have the ability to put one goddamn foot in front of the other. And maybe you’re even manifesting negative emotion about it but that doesn’t mean you stop, you don’t stop. That’s not just a cardinal element of masculinity, although it is in the symbolic sense, it’s a cardinal aspect of the development of a forthright character. You want your children to be able to endure.

…so you’ve train stalwart individuals to endure. Now can that go too far? Well, obviously. Every culture can degenerate into cruel tyranny and they can engage in sadistic rituals that have this justification to train endurance. What’s wrong with endurance? It’s not to inhibit emotion precisely; it’s to put things in the proper place. When you have people relying on you, including your self, you don’t get to quit. People die if you quit, they suffer if you quit. That’s why I like the Christian metaphor, at least in part, it’s like “pick up your bloody cross and walk up the hill”, you know. And of course there’s suffering and catastrophe associated with but that doesn’t mean that men should pretend that they don’t have emotions but, you know that’s so obvious that it hardly needs to be discussed.”

Of course, Dr. Shawn Smith and Dr. Jordan Peterson are not the only experts saying that this notion of women as victim of “gender oppression” is wrong. When one tries to go deeper on this issue, it doesn’t take long to see that hundreds of professionals from different fields and discipline are also saying the same thing; that it is not really the case. For example, Suzanne Venker, an American non-fiction author and radio host at KXFN who co-wrote several anti-feminist books such as The Flipside of Feminism: What Conservative Women Know and Men Can’t Say, said on one of her interviews:

“…this incessant focus on women is not, in my opinion, a good thing. It is not equality because there’s other people that live in the world besides women. And so if you truly are somebody who views men and women as equals, your attention should be focused as much on men as it is on women but of course, it isn’t because feminists view that men have it made and women are still in a terrible place and we have to keep focusing on women until “the cows come home” because there’s no other way to do it. So right off the bat they are misinformed by believing that they are downtrodden and that they’re oppressed, that they’re a victim. So that’s number one; which is why they are so angry all the time.”

Meanwhile, Cassie Jaye, an ex-feminist film-maker who made the Red Pill, a documentary which features interviews of several men’s rights activists (MRA) and which received countless protest from various feminist groups and individuals in different parts of the world for giving a chance to men to speak, expressed the same thought in one of her talks. According to her:

“What I’ve now realized is that feminism isn’t being a movement for gender equality, and I wouldn’t even say today that it’s a movement for women. I truly believe that feminism is for feminism; it’s for an ideology and a belief system that women are oppressed and that men are the oppressors. If feminists were for gender equality and were for women, then I think they would see the value in this film (The Red Pill) and what I’m doing. The vast majority of feminists don’t support this film or the work that I’m doing. So I drop the label with feminists for many reasons and I’m also not a men’s rights activists (MRA) because I don’t want either movement to speak for me and I don’t wanna speak for them.”