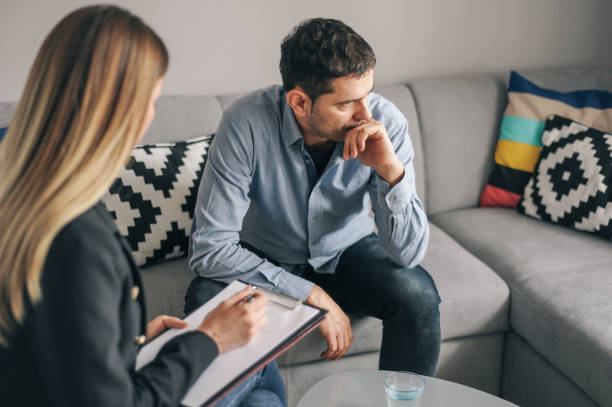 A review of research studies led by Melba J. T. Vasquez, PhD of the American Psychological Associations (APA) concluded that “psychotherapy is effective (and) helps reduce the overall need for health services and produces long-term health improvements”. These so-called health services of course include medication; a method that has been proven many times to cause not only harmful but deadly side effects. Yet despite this finding in 2012, the use of these dangerous psychiatric drugs is still very much prevalent up to these days; destroying millions of adults and children all across the globe while also raking enormous amounts of profit that made pharmaceutical companies richer. As reported by the Citizens Commission on Human Rights International (CCHRI), a non-profit organization dedicated to exposing the social impacts of psychotropic drugs and to reforming psychiatry:

“Little surprise then that worldwide statistics show that a rapidly increasing percentage of every age group, from children to the elderly, rely heavily and routinely on these drugs in their daily lives. Global sales of antidepressants, stimulants, antianxiety and antipsychotic drugs have reached more than $76 billion a year—more than double the annual US government budget spent on the war against drugs.”

As a result of the review, the APA’s Council of Representatives has adopted a resolution which “cites more than 50 peer-reviewed studies on psychotherapy and its effectiveness in treating a spectrum of health issues and with a variety of populations, including children, members of minority groups and the elderly”. Meanwhile, comparing the effectiveness and the safeness between psychotherapy and psychotropic medications, Susan Krauss Whitbourne Ph.D wrote in Psychology Today:

“Psychotherapy is known to be an effective treatment for a wide range of psychological disorders. Yet, even before news of the APA scandal hit the press, the average person seeking help has tended to seek psychiatric drugs rather than psychotherapy. Antidepressants and antianxiety medications are among the leading prescription drugs not only in the U.S. but around the world.

We think nothing of getting a prescription filled for one of these psychotropic medications that we may obtain, without much consultation, from a medical professional.  However, you should be concerned that these drugs may not only fail to treat your psychological symptoms but can have a host of adverse side effects.”

Indeed, psychiatric medication has become the leading choice for most psychiatrists and even non-psychiatry disciplined therapists for decades. It’s totally saddening to think that this harmful and toxic method has become the primary option to the point that in the US, for example, it is common for a person to have a family member or a friend or a neighbor that is taking these drugs. Unfortunately, for many this has become part of their life. Jan Eastgate, the president of CCHRI also wrote:

“Prescribed for everything from learning and behavioral problems, to bedwetting, aggression, juvenile delinquency, criminality, drug addiction and smoking, to handling the fears and problems of our elderly, from the cradle to the grave, we are bombarded with information pushing us towards this type of chemical “fix.”

Consider also the fact that terrorists have used psychotropic drugs to brainwash young men to become suicide bombers. At least 250,000 children worldwide, some as young as seven, are being used for terrorist and revolutionary activities and given amphetamines and tranquilizers to go on “murderous binges” for days. Yet these are the same drugs that psychiatrists are prescribing children for “learning” or “behavioral” problems.”

The reason why psychotherapy is effective is way too many. These reasons have been outlined in the APA’s resolution mentioned above. Meanwhile, Dr. Jordan Peterson, a clinical and evolutionary psychologist who is also a known expert in many fields and a very proficient author and lecturer, once stated:

“…what you do is you help people break them down into manageable units, let’s say strategically, and confront them voluntarily…

Even the American Psychiatric Association themselves, the one that is also responsible for the current psychological crisis we are having right now caused by psychotropic drugs, admitted that psychotherapy is indeed helpful:

“Psychotherapy, or talk therapy, is a way to help people with a broad variety of mental illnesses and emotional difficulties. Psychotherapy can help eliminate or control troubling symptoms so a person can function better and can increase well-being and healing.

Problems helped by psychotherapy include difficulties in coping with daily life; the impact of trauma, medical illness or loss, like the death of a loved one; and specific mental disorders, like depression or anxiety.”

So aside from being cost-effective, psychotherapy also has only very rare or almost no adverse effects to patients. As a healing practice and professional service, the American Psychological Association has concluded that:

“In controlled trials and in clinical practice, psychotherapy results in benefits that markedly exceed those experienced by individuals who need mental health services but do not receive psychotherapy. Consequently, psychotherapy should be included in the health care system as an established evidence-based practice.”