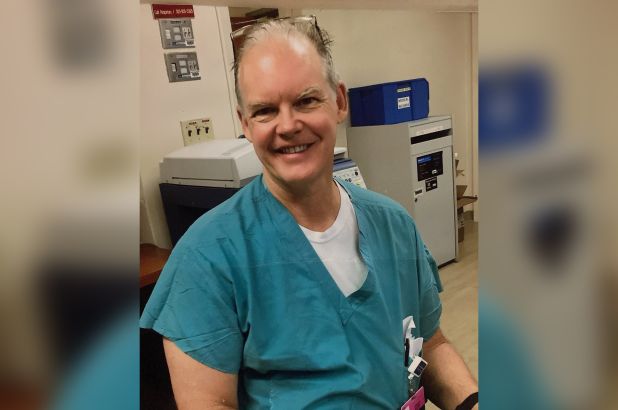 “I believe that people should be aware that side effects can happened, that it is not good for everyone and in this case destroyed a beautiful life, a perfect family, and has affected so many people in the community. Do not let his death be in vain, please save more lives by making this information news.”

These are the words posted on Facebook by Heidi Neckelmann, the wife of Dr. Gregory Michael, a 56-year old OB-GYN at Mount Sinai Medical Center in Miami Beach who died “after suffering a hemorrhagic stroke apparently resulting from a lack of platelets”. Neckelmann blamed Dr. Michael’s death on the vaccine. She also said Michael was a “very healthy” man and “loved by everyone in the community, delivered hundreds of healthy babies and worked tireless through the pandemic”.

According to Neckelmann, three days after the shot, Michael had dots on his skin that “indicated internal bleeding” that’s why he sought emergency care, adding that the condition “led to his stroke, called thrombocytopenia, results from a lower-than-normal number of platelets, which help the blood clot”.

According to the Florida Department of Health said in a statement, as of now the Miami medical examiners are investigating Dr. Michael’s death. An autopsy has been done on January 5 by the team of Darren Caprara, the director of operations at the Miami-Dade medical examiner’s office. However, Caprara said “it’s too early to make any conclusions” on Dr. Michael’s death.

In October, the Food and Drug Administration (FDA) published a slideshow presentation that provides an extensive list of possible side effects of COVID-19 mRNA vaccine. This includes:

On the same document, FDA noted that “side-effects from vaccines for COVID-19 have yet to be fully understood” as “there may be limited information available at licensure on level and duration of effectiveness”. Meanwhile, a report recently released by the CDC analyzed reactions to the first dose of the Pfizer vaccine and it shows that in nearly 2 million doses given out by Dec. 23, only 4,393 “adverse events” were reported. With this, a total of 175 cases were reviewed for possible “severe allergic reactions that can be life-threatening”. According to the report, “twenty-one cases of the allergic reaction were found, including 17 in people with a documented history of allergies”.

Last month, official documents from FDA record that “13 people died during trials of the Moderna vaccine”, with 6 deaths being people who had taken the vaccine and 7 those who had received the placebo. The agency has also issued a warning regarding Bell’s Palsy as another potential side effect of the mRNA vaccine. Read the long term effects of COVID on functional-medicine.associates.

In addition, according to the Centers for Disease Control and Prevention (CDC) report, 3,150 people who were vaccinated against COVID-19 became “unable to perform normal daily activities, are unable to work and required care from doctor or health care professional” as of December 18, 2020. The report, titled “Anaphylaxis Following m-RNA COVID-19 Vaccine Receipt”, was released in a December 19, 2020 by Thomas Clark, MD, MPH.