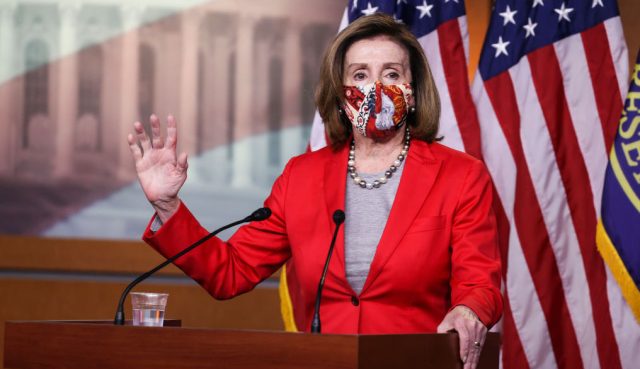 Amidst the “slow-kill” crisis being brought by the coronavirus scam since early 2020, which caused a massive damage not only to the economy of the United States but also to the whole world and also resulted to all sorts of problems including poverty, unemployment, abuse, suicide, depression, alcoholism, and even death, Democratic House Speaker Nancy Pelosi and Rules Committee Chairman James P. McGovern proposed new House Rules that would exclude gender-specific terms such as ‘father, mother, son, daughter’, etc.

In a joint statement, Pelosi and McGovern said that the proposed new house rules were “a result of months of consultation across congress” and that “it reflects the views and values of the full range of our historically diverse House Democratic Majority”. These rules include “sweeping ethics reforms” which makes the House of Representatives “the most inclusive in history”.

Meanwhile, many critics reacted saying these things should not be the priority as there are other more important issues for them to be concerned about given that America is now in serious public unrest and economic dwindle. They also say this is just another gesture of hypocrisy by the democrats and that it would only add more Orwellian “newspeak” and politically correct terms being used for social control and thought policing. According to Patrice Onwuka of iwf.org:

“The Left claims to care about diversity and inclusion, but this is only limited to race, gender, and sexual orientation. It excludes diversity of thought. Where is the celebration of the conservative women and conservatives of color who made historic gains in Congress in 2020?”

Nancy Pelosi, who wants to put new PC congressional rules, has also been criticized for being a “hypocrite” for not changing her Twitter profile which the description wrote “mother, grandmother, dark chocolate connoisseur”.

In addition, this kind of language and thought control schemes has been the subject of critique in America for decades, especially in the entertainment industry. As the late great comedian George Carlin has once said:

“Political correctness is America’s newest form of intolerance, and it is especially pernicious because it comes disguised as tolerance. It presents itself as fairness, yet attempts to restrict and control people’s language with strict codes and rigid rules. I’m not sure that’s the way to fight discrimination. I’m not sure silencing people or forcing them to alter their speech is the best method for solving problems that go much deeper than speech.”