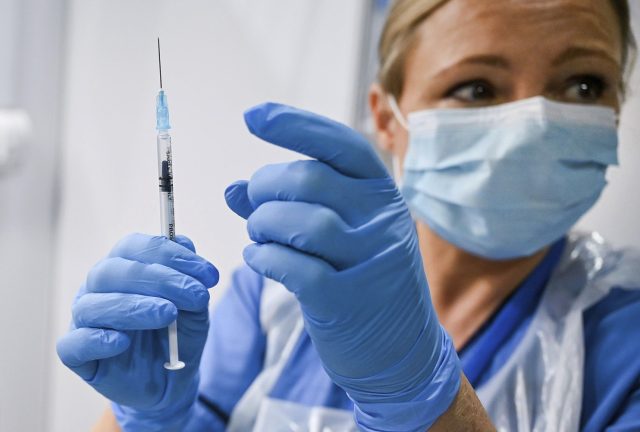 Mexican authorities, according to the report, and the Health Ministry claimed that based in the initial investigation the injury was due to encephalomyelitis, an inflammation of the brain and the spinal cord. According to Reuters:

“The doctor, whose name has not been released, was admitted to the intensive care unit of a public hospital in the northern state of Nuevo Leon after she experienced seizures, difficulty breathing and a skin rash.”

The Health Ministry also claimed that the doctor “has a history of allergic reactions”, adding that there is no evidence that inflammation of the brain as a direct result from vaccination occurred in the trials. However, reports from trials in several countries suggest it is likely related to the identified side effects. As of now there is no follow up story from the sources yet so it is possible that up to this day, Pfizer and BioNTech have not yet release any statement regarding the case.

“A middle-aged health care worker, who had no history of allergies, experienced an anaphylactic reaction 10 minutes after receiving the vaccine at a hospital in Alaska. According to the hospital, the woman developed a rash over her face and torso, shortness of breath and an elevated heart rate. Another worker at the same hospital developed eye puffiness, light-headedness and a scratchy throat 10 minutes after the injection.”

It also added that in December 8, two of anaphylactoid reactions were reported in the UK while more allergic reactions from the same Pfizer/BioNTech vaccine also occurred in Canada, Britain, and the US. Meanwhile, some experts also said “allergic or adverse reactions were likely to increase”. The same report also wrote that, “Finland also confirmed the first case of an adverse reaction to the Pfizer/BioNTech vaccine on Saturday a week after EU started its mass immunization campaign”, adding that “the Finnish Medicines Agency, however, didn’t disclose any further details, citing patient confidentiality.”

Mexico started the first round of Pfizer-BioNTech COVID-19 vaccine distribution to its healthcare workers last December 24, not so long after this vaccine was approved for emergency use application (EUA) in more than 45 countries. But prior to this the FDA warned the public about the possible serious side effects of any potential COVID-19 vaccine, which may include “strokes, encephalitis, auto-immune disease, birth defects, and Kawasaki disease among the potential side-effects to be monitored”. In addition, Canadian health authorities also issued a warning about potential side effects due to “reports of anaphylactoid reactions”.

Multiple health agencies cautioned the public about anaphylaxis, a severe reaction to drugs or vaccines. This includes the federal health policy agency which warned that the ingredients in the Pfizer-BioNTech COVID-19 vaccine could potentially have serious side effects. Indeed, in the trials of this vaccine it was reported that “4 out of the 43,000” recipients developed Bell’s Palsy, a facial paralysis. CDC also released a report analysing the first dose of the shots for possible reactions and it showed that in nearly 2 million doses given out by December 23, 4,393 adverse events were reported.