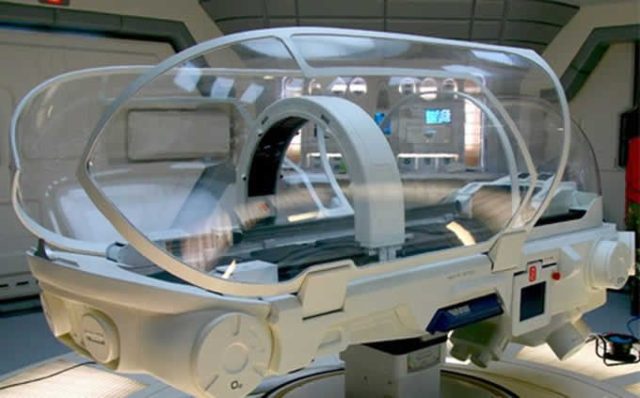 It’s not difficult to imagine that there are suppressed technologies today that are being purposely hidden from the common masses for the benefit of those who are at the top of the society; those who are “in charged” of the system to maintain their control on everything – natural resources, institutions, the military, political, and even the psychological aspect of every individual. What is difficult to accept, however, is the claims that these advance technologies are not from earth but was given or left by extra-terrestrial beings existing from other planets; connecting with humans but through clandestine manners. Though it is not what most of us hear often in the media and it really sounds counterintuitive, there are societies who believe that that is the case.

So if there are societies on this planet who long to live for eternity or for a very long period of time, certainly it is possible that this group of society desires to produce a tool or tools that could make this happen. But what if there already exists as such technology, who would take in charged? For sure the first group of society who would be interested to monopolize this kind of technology are also those who are controlling the military industrial complex as they play very important role to their aims, motives, and survival. And given that the society who controls virtually almost every social system of today is apparently those who control the military industrial complex, it would not be hard to believe that they would also make sure to own these kinds of tools.

Whether we accept it or not, technological evolution is unquestionably has become part of our existence as mortal human beings. In fact, it may seem that technology would always reach more time span compared to us or, perhaps it exists in time beyond our comprehension. But the real concern we should really have are the type of users of the technology, meaning who are these people and what really their motives are. And in addition, are the goals of the people who control the technology are really intended to support and take care of life, nature, and our natural ways of living on this planet?

Another question is: if technologies that could potentially make humans immortal really do exist, what would it really mean for our specie? If unlimited capacities by our engineering and architecture could really be easily accessed for prolonging our life, who would sincerely take responsibility on safeguarding our rights as sentient humans? There is no question artificial intelligence (AI) could provide a huge help for the continuation and improvement of human evolution, in a positive sense of the term, but we also cannot afford to ignore the other side of the story; the possibilities of potential harms to humans caused by AI or to the notion of too much dependence on machines and numbers to take care of everything. And what if we lose control or what if these machines outsmart humans, what would the society be like?

Interestingly, one person volunteered to step up to bring the awareness to the wider public; of what is really happening behind the curtain of our time in relation to the past. He explores the existence of these unbelievable technologies which, according to his claim, not only can prolong your life but also regenerate your cells, reinvigorate your body, and even re-grow amputated parts of it. It is called “Med Beds” or also known as “Holographic Medical Pods”. These “alien technologies” such as “tachyon healing chambers, portal technology, resurrection beds, replicators and rejuvenation pills”, according to this person, “have been around for quite some time, kept hidden from the human race for a very long time”.

The person’s name is Jared Rand, an alleged “secret space insider” who exposes off-world technologies being suppressed and hidden from the general public. He is also a known meditation teacher in the so-called “light workers” community.  According to Rand:

“There are three types of Med Beds: (1) Holographic Med Beds; (2) Regenerative Med Beds which regenerates tissue and body parts, that’s powered by a different source; (3) Re-atomization Med Beds that in about two-and-half to three minutes will regenerate the whole human body, head to toe. What does this advanced technology mean for an 80-year old woman? She could be 30-years old again in less than three (3) minutes. Fifty years pealed off her life. Now, she can have children again. She could have a whole new family if she wants. It looks like to this writer that the Med Bed technology is a perpetual fountain of youth.”

Jared Rand, who also claims to have studied many different researches about cancer, explained that “med beds” work through scanning the body and fixing deficiencies; claiming it could repair the cells into perfect state. Rand added it has artificial intelligence control centre and it is equipped with high tech devices that cannot be found in our context. One article about this technology states:

“The Med Bed scans your skin, your muscle tissue, all the organs and everything in your body. It shows everything – all the way down to the micron level of the blood. It actually identifies your DNA and it does a complete internal analysis of the body. When it does that, it picks up any disease and any genetic imperfection. For example, you could have stage 4 leukemia, and on a Med Bed in about 2.5 minutes, you’re cured. No side effects.”

This technology obviously could hugely benefit the world and the current state of the medical field. It can stop a lot of suffering and aid people in living a fulfilling and healthy life. This is why the suppression of these pods is so controversial because it denies civilization with a tool that could really help us progress. It’s not hyperbolic to say that this technology could massively change the world. However, it would probably take decades for this technology to become available to the public – if it even gets out there at all. This means that we’ll have to use alternative measures to keep ourselves healthy in the meantime. Thankfully, despite this revolutionary device being suppressed from us, the medical field has seen huge advancements in technology that are now helping out many people.

For example, cancer treatments have gotten better, robotics have allowed for more complicated surgeries to be performed, and big data has allowed people to learn and better understand the human body. If you want to get involved in the medical field to learn these treatments and be on the cutting edge when new ones become available, then it might be a good idea to train as a nurse and work your way to becoming a doctor. To become a nurse, you need certain qualifications, such as an online ABSN program. You never know, if you become a nurse, you could end up as one of those that manage and administer the holographic medical pods. This will give you an opportunity to see the technology in action but it might also give you the perfect opportunity to reveal the technology to the rest of the world.

Jared Rand also claims there are numerous technologies secretly shared “by certain extra-terrestrial people with selected groups on earth for decades”. He also said he’s been part of a research team who “tested and verified the effectiveness of all the technologies” and that “there are two specific pills to rejuvenate anyone within 24 hours”. Therefore, Med Beds can cure cancer by re-atomization and organ regeneration, Rand said, adding that current therapies being applied that are toxic or also provides harm to the body, such as chemotherapy, “will become obsolete”.

The reason why we don’t hear about these technologies is that their patents are confidential and registered in “secrecy orders”, meaning that they are not legally allowed for public use. Most of these technologies are “closely related to military applications”. It was reported by Steven Aftergood that as of 2010, the U.S. Patent and Trademark Office claimed there were 5,135 inventions under “secrecy orders”. According also to his claim:

“Under the Invention Secrecy Act of 1951”, patent applications on new inventions can be subject to secrecy orders restricting their publication if government agencies believe that disclosure would be “detrimental to the national security”.

The current list of technology areas that is used to screen patent applications for possible restriction under the Invention Secrecy Act is not publicly available and has been denied under the Freedom of Information Act. (An appeal is pending.) But a previous list dated 1971 and obtained by researcher Michael Ravnitzky is available…”

Despite the idea of a holographic medical pod being something that could easily be from science fiction, this article will hopefully illuminate the possibility that these inventions exist and are hidden for exclusive use. One day the secret will come out, but until then, people like Jared Rand will have to dig deeper to uncover the truth.