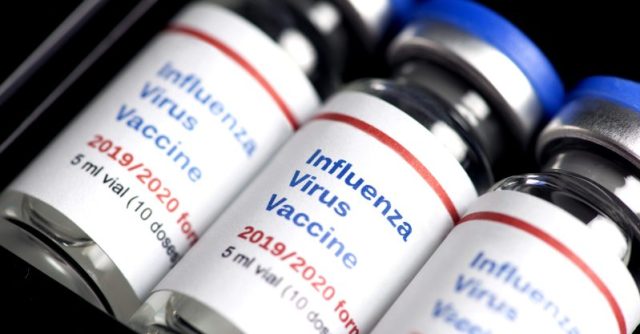 Just a few weeks ago, the Centers for Disease Control and Prevention (CDC) issued a statement regarding the successive deaths in South Korea following flu vaccination in the country in which the numbers have, so far, reached to almost a hundred. Ironically, the CDC still urges the SK public to continue getting the flu vaccines despite the incidents that occurred right after the shots. Aside from outright denial that the flu shot has caused these deaths, the CDC also wrote this on the statement in their website:

“Flu vaccines have been used safely in the United States for decades, with millions of doses given each flu season. Flu vaccines used in the United States are subject to rigorous safety standards and oversight by the Food and Drug Administration (FDA). CDC reports that monitoring by the nation’s vaccine safety systems, such as the Vaccine Adverse Event Reporting System (VAERS) external icon and the Vaccine Safety Datalink (VSD), has not detected any safety concerns for deaths following flu vaccinations in the United States at this time, despite about 150 million doses of flu vaccine having been distributed and reports of robust flu vaccine uptake so far this season.”

People, even ordinary citizens, who have studied and did an extensive research about flu vaccines will find it difficult to accept, let alone use for justification, what the CDC have just stated. This is because there is no question that most vaccines contain ingredients that are very detrimental and toxic to the human body; causing not only serious adverse side effects but even death; as what occurred in the previous vaccination scheme in SK and in many other instances in many different countries around the world. In addition, it is also valid (and important) to question how the CDC hold this stance when they don’t really have valid long-term studies about the vaccinated populations?

Let’s take for example the report from the study at the National Council of Research of Italy and the International Clean Water Institute, USA, entitled “New Quality-Control Investigations on Vaccines: Micro- and Nanocontamination” published in the International Journal of Vaccines and Vaccination. Regarding the project, it was reported:

“Examining 30 vaccines — representing 44 samples in total — the researchers found particulate matter, in aggregates and clusters, of micro- and nano-sized particulate matter in 43 of the 44 samples whose presence was not declared in the leaflets delivered in the package of the product….The scientists were “baffled” by their findings of lead, tungsten, gold, chromium, stainless steel, gold-zinc aggregate, platinum, silver, bismuth, iron, silicon and many others. The investigations revealed that some particles are embedded in a biological substrate. As soon as a particle comes in contact with proteic fluids, an interaction occurs and a bigger-sized compound is created that is not biodegradable and can induce adverse effects, since it is not recognized as self by the body.”

Though, the experts did mention in their conclusion that these contaminations are “likely to be unintentional”. However, it is logical that these issues must be considered and used for moratorium, suspension of government vaccine mandates, and even legal actions against the companies that produce these vaccines. In addition, as found in the study, these are not the only issues that need to be taken seriously. As the report by globalpossibilities.org also stated:

“The problems for the vaccine industry keep adding up as reality appears to be giving pharmaceutical giants and their ‘safe and effective’ vaccine narrative no quarter. It was publicly reported in September 2016 that multiple independent lab tests of the MMR II, DTap Adacel, Influenza Fluvirin, HepB Energix-B, and Pneumonoccal Vax Polyvalent Pneumovax, 23 vaccines confirmed the presence of glyphosate, the active ingredient in Monsanto’s flagship herbicide Roundup.

How could glyphosate possibly end up in vaccines? According to information reported by Ecowatch, MIT scientist Dr. Stephanie Seneff described the mechanism as follows:

Glyphosate could easily be present in vaccines due to the fact that certain vaccine viruses including measles in MMR and flu are grown on gelatin derived from the ligaments of pigs fed heavy doses of glyphosate in their GMO feed. Gelatin comes from collagen which has lots of glycine. Livestock feed is allowed to have up to 400 PPM [parts per million] of glyphosate residues by the EPA, thousands of times higher than has been shown to cause harm in numerous studies.”

More disturbingly, it’s obvious that the CDC does not really consider what the experts have been concerned about regarding the administration of flu vaccines. It even recommends the shots to pregnant women even though multi-dose vials of the jab contain the preservative Thimerosal (half ethylmercury by weight). As reported by the Children’s Health Defence, “ethylmercury is a known neurotoxin that can cross the blood-brain barrier and accumulate in the brain. It can also cross the placental barrier and enter the brain of the developing fetus”.

Indeed, the very important question is “how did these foreign bodies get into such ‘safe and effective’ products? The answer according to Dr. Antonietta Gatti, the lead author of the Italian study, is that:

“We had never questioned the purity of vaccines before. In fact, for us the problem did not even exist. All injectable solutions had to be perfectly pure and that was an act of faith on which it sounded impossible to have doubts. For that reason, we repeated our analyses several times to be certain. In the end, we accepted the evidence.”