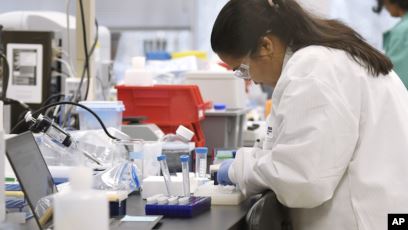 It is still obscured to the public how the biggest healthcare professionals really see the current crisis and how they foresee the possible long term impacts of vaccination to the human body. Though it isn’t a total secret anymore how the power that drives politics is interlinked and operated with the same power that cunningly serves the corporate interests, especially pharmaceutical corporations, it is undeniable that it’s still a huge challenge when it comes to reaching significant amount of people to be educated to see beyond the veils of everything that’s happening and manifest solutions. So to justify vaccination, they must continue to keep up with their lies and inflate the cases and the death rates by, of course, faking them.

But no matter who are the biggest and most powerful health officials that really enforce the orders of the big pharma and the elites, it is for sure that they’re not thinking clearly and that their ignorance, couple with little greed, are helping to steer the humanity’s wheel further to the cliff of dystopia. Therefore, it is time and it is our duty to call out the ones who are responsible, those we know who are serving to continue the dark desire of the mainstream medical establishment, while reaching out to those doctors and health experts who don’t know yet what’s really going on behind the curtain of this medical stage. Perhaps they can be of help to fix this mess that’s keeping humanity down for centuries.

Clearly, some doctors are passionately pushing the “official narrative” about the coronavirus farce and religiously support the mass vaccination campaign. Clearly, there are many health professionals participating. The question is: how many of them are really blindly helping it and how many are against it, meaning they are aware about the scam, but cannot do anything because of the usual threats – unemployment, license revocation and other legal repercussions, etc. Another question is – are there also doctors and scientists who are consciously participating to the sinister agenda as a whole? For example, a medical journal published an article on June 26 entitled “Ensuring Uptake of Vaccines against SARS-CoV-2”, suggesting that “the suspension of employment would be a less coercive manner of enforcing vaccine compliance than fines or other criminal penalties”. According to the report, “state mandates should not be structured as compulsory vaccination; instead, noncompliance should incur a penalty.”

It was also stated:

“Nevertheless, because of the infectiousness and dangerousness of the virus, relatively substantive penalties could be justified, including employment suspension or stay-at-home orders for persons in designated high-priority groups who refuse vaccination. Neither fines nor criminal penalties should be used, however; fines disadvantage the poor, and criminal penalties invite legal challenges on procedural due-process grounds. Both are bad public health policy for a Covid-19 vaccine because they may stoke distrust without improving uptake.”

Even though they make it look like they are not going to make vaccination mandatory, it’s obvious that they really want the public to blindly accept the COVID vaccine; even tricking them into doing the trials themselves and to not worry about the unknown consequences of this lifetime health decision. Months ago, Big League Politics reported:

“President Donald Trump has launched “Operation Warp Speed” to funnel resources toward Big Pharma for the purposes of creating a vaccine shot that will be ready for mass distribution throughout the country by the end of the year. The White House is calling this a Manhattan Project-style project that aims to get vaccines into as many people as quickly as possible, in a move that must have technocratic oligarch Bill Gates grinning ear-to-ear.”

“The project is expected to cost the U.S. taxpayer billions of dollars, with much of that money going into the coffers of Big Pharma, and they hope to have 100 million doses ready by the end of the year. It is unclear if these vaccines would even improve the public health…”

Meanwhile, according to the so-called WHO-connected experts on a press release for promoting Operation Warp Speed:

“We are scientists, physicians, funders and manufacturers who have come together as part of an international collaboration, coordinated by the World Health Organization (WHO), to help speed the availability of a vaccine against COVID-19.”

“While a vaccine for general use takes time to develop, a vaccine may ultimately be instrumental in controlling this worldwide pandemic… We will continue efforts to strengthen the unprecedented worldwide collaboration, cooperation and sharing of data already underway. We believe these efforts will help reduce inefficiencies and duplication of effort, and we will work tenaciously to increase the likelihood that one or more safe and effective vaccines will soon be made available to all.”

Exempt only those with medical contraindications to immunization. It is likely that more than one vaccine platform will prove effective (as was the case for polio vaccines) and, as a result, medical conditions that prohibit all COVID-19 vaccines will be rare.

“Do not honor religious objections. The major religions do not officially oppose vaccinations.“

“Do not allow objections for personal preference, which violate the social contract.”

“Nor is there an alternative to vaccine-induced herd immunity in a pandemic. Relying on enough people becoming infected and then immune is dangerous, as exemplified by the Swedish experience where the COVID-19 mortality rate exceeds that of its more cautious neighbors. Broad induction of immunity in the population by immunization will be necessary to end this pandemic. In simple terms, a refusal to be vaccinated threatens the lives of others.”

Then explained what draconian measures mean in a subtle yet inconspicuous way:

“How can government and society ensure compliance with protective vaccines? Vaccine refusers could lose tax credits or be denied nonessential government benefits. Health insurers could levy higher premiums for those who by refusing immunization place themselves and others at risk, as is the case for smokers. Private businesses could refuse to employ or serve unvaccinated individuals. Schools could refuse to allow unimmunized children to attend classes. Public and commercial transit companies — airlines, trains and buses — could exclude refusers. Public and private auditoriums could require evidence of immunization for entry.”

No doubt COVID 19 is being blatantly used as an excuse to defend these policies being implemented through the pressure from the same old billionaires and richest families. The worst thing is when the public wakes up and learn there is no disease but only the belief on it. But as of now since the public isn’t aware yet that the rustling shadows coming from behind them aren’t real but just another illusion, the opportunists and power-grabbing little tyrants, including doctors and scientists of course, can still enjoy the rewards of government overreach.

However, in reality, what they are claiming is the opposite. If you know history, you know that vaccines have been damaging (and ending) lives even before the alleged COVID outbreak. It was all written in the book of time, people will never forget of them. So again, we know that it’s not going to be good. For example, according to Dr. Carrie Madej, an internal medicine physician and was trained in osteopathic, “the COVID-19 vaccines are designed to make us into genetically modified organisms in the same way Monsanto has modified and patented their seeds.”

If you ask why, here is how she explains how it happens:

“Monsanto changed the DNA so that the outside looks the same but in the inside is different. Therefore they can patent, control and own those seeds. So transpose that to a human cell line that could potentially mean that we could be patented, or human cell lines could be patented. And if it’s patented, it has owners. Do you see a problem with this? What if our DNA is modified with genes from another species? Are we still human? Is this trans-humanism? And what if our DNA, our genome, is modified and thus can be patented and owned? This is going on right now, today. This is called recombinant DNA and recombinant RNA technology. And this is what is proposed for the COVID-19 vaccine.”

“The Covid-19 vaccines will have a bacteria that’s a contaminant—mycoplasma pneumonias.(2) It’s a very common bacteria used as a contaminant. This really has nothing to do with the vaccine itself but they have it in there. So you are getting an infection on top of the vaccine. This stuff is so bad it has the potential to be used as a bio weapon. They are injecting cancers into your body along with very toxic substances, like mercury derivatives, aluminum derivatives and other things like that. In addition to the unknown effect of the combination or an accumulation of these vaccines together and the synergistic effect that happens.”