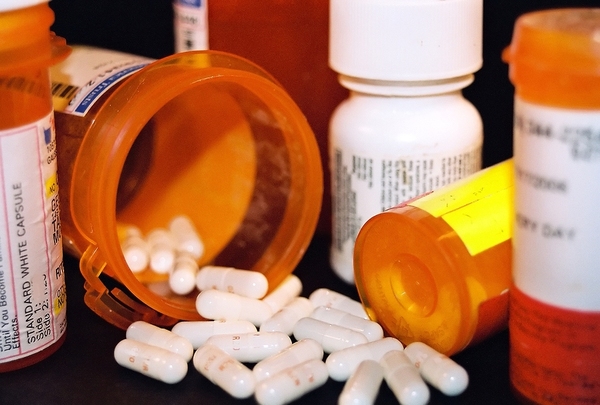 As what Dr. Peter Breggin is always trying to emphasize, it would always be better not to prescribe people with psychiatric medications. This is because this substance is very addictive and does not really provide long term solution. Avoiding this meds, according to him, is the safest solution because he views mental illness as “emotional suffering and impairment” rather than a permanent brain damage therefore it needs to be carefully treated by not adding strong combinations of chemicals and synthetic drugs which, in reality, usually only numb the person’s feelings instead while harming his or her organs. These drugs, according to Dr. Breggin, are not only dangerous to maintain but also to withdraw. He stated:

Difficulty in stopping psychiatric drugs can lead misinformed or unscrupulous health professionals to tell patients that they need to take their drugs for the rest of their lives when they really need to taper and withdraw from them in a careful manner. As described in Psychiatric Drug Withdrawal, tapering outside of a hospital often requires psychological and social help, including therapy and emotional support and monitoring by friends or family. Meanwhile, there is no substantial or convincing evidence that any psychiatric drug is useful longer-term. Psychiatric drug treatment for months or years lacks scientific basis. Therefore, the risk-benefit ratio is enormously lopsided toward the risk.”

Psychiatrists like Dr. Peter Breggin are rare and needs to be taken seriously by the health authorities to cater the enlightening of the public about the hazards of psychiatric medications and then inform them on the safer alternatives available. They are the only few that heavily educate the public while countering widespread misinformation about psychotropic drugs or allopathic drugs in general using social media pages and other tools; even travel across states to give discussions about the matter, including large institutions connected to health. Exposing this modern tragedy is always the main motivation for Dr. Breggin that is why this man is tireless in documenting clinical details while also bringing the important issues within this complex matrix created by the pharmaceutical industrial complex, affecting not only adults but also, sad to say, children; including toddlers. If governments listen to people like Dr. Breggin warning the public, for sure things would be very different in the realm of psychiatry.

According to some experts on the subject, one reason for this is the way big pharma markets their drugs. For example, Dr. Peter C. Gøtzsche, MD, a Danish author and medical researcher:

“The main reason we take so many drugs is that drug companies don’t sell drugs, they sell lies about drugs. This is what makes drugs so different from anything else in life… Virtually everything we know about drugs is what the companies have chosen to tell us and our doctors… the reason patients trust their medicine is that they extrapolate the trust they have in their doctors into the medicines they prescribe. The patients don’t realize that, although their doctors may know a lot about diseases and human physiology and psychology, they know very, very little about drugs that hasn’t been carefully concocted and dressed up by the drug industry… If you don t think the system is out of control, please email me and explain why drugs are the third leading cause of death… If such a hugely lethal epidemic had been caused by a new bacterium or a virus, or even one-hundredth of it, we would have done everything we could to get it under control.”

Meanwhile, regarding the unbelievably skewed process of the approval and the marketing of these drugs, one would surely shake their heads while weep to the disaster of the way laws and policies that protect the public are being trampled upon by these pharmaceutical giants while politicians are being bribed left and right by their lobbyists to help steer the wheel toward their interests. For example, in his article, “Corrupt Propositions: AstraZeneca and the Coronavirus Vaccine Drive”, Dr. Binoy Kampmark, explained:

“Seroquel, AstraZeneca’s second best-selling pharmaceutical, was promoted by the company to physicians and psychiatrists between 2001 and 2006 for mental disorders not covered by US Food and Drug Administration approval. The approval range spanned the treatment of schizophrenia, short term treatment for certain manic episodes linked to bipolar disorder, and then, in 2006, bipolar depression. A whistleblower lawsuit subsequently alleged that the company had marked Seroquel to cover everything from dementia to anger management, post-traumatic stress disorder and sleeplessness. Doctors were also paid to give advice to the company on how best to market the drug for unapproved uses. Resorting to a technique it has come to master over the years, AstraZeneca refused to admit liability for such a marketing strategy while still paying $520 million in the civil suit.

Such short and sharp practice has extended to manipulating the clinical record, something that should make any investors into a COVID-19 vaccine vary. The company has been known to fudge the results of clinical trials, stressing supposedly positive findings while diligently hiding nastier ones. The notorious CAFE (Comparison of Atypicals in First Episode) study on comparing the effectiveness of three “atypical” antipsychotic drugs – Seroquel, Zyprexa and Risperdal – was accused by Cardiff University’s David Healy, a senior psychiatrist, of being “a non-study of the worst kind”, designed as “an entirely marketing-driven exercise” rather than having any scientific value. The criteria of effectiveness – for instance, whether the drugs were taken to the end of the study – suggested that the designers from the AstraZeneca were only interested in one thing: that candidates using them stuck with the programme. This said nothing about effectiveness as such, a point made even more glaring by the study’s omission of older antipsychotics.”

Psychiatric drugs are not only the main problem created by the pharma industry. Another product that is also being aimed usually towards children and has been ruining lives is vaccine. Children’s vaccine is not so much different from adolescents’ vaccine. The notorious HPV vaccine marketed to fight cervical cancer, like the MMR and other infant’s vaccine, has a very nasty reputation for damaging teenage girls across the US and Europe; side effects which include severe paralysis and even death. Dr. Gary G. Kohls, on his piece “Gardasil: Not Proven to Prevent Cancer of the Cervix”, he stated:

“In 2006, after only 3 – 5 years of clinical trials, the FDA approved for marketing the most expensive vaccine in the history of the world, Gardasil, which has been proclaimed as a preventative for cancer of the cervix, a claim that was never proved and has, to date not prevented a single case of cervical cancer. The whole premise that the vaccine could prevent cancer was presented by Merck investigators to the FDA (and then to American physicians and now to their patients) was based on the finding (again made by investigators who were deeply conflicted by their financial involvement with Merck money in that they were employees, had shares in the company or had received honoraria or grants to get the product to market and promote the vaccine any way they could. The name of Merck’s so-called anti-cancer vaccine is Gardasil. Their competitor (and collaborator when it comes to promoting the notion that a vaccine directed at the HPV can prevent cancer) is the British multinational pharmaceutical giant, GlaxoSmithKline, whose HPV vaccine is called Cervarix.”