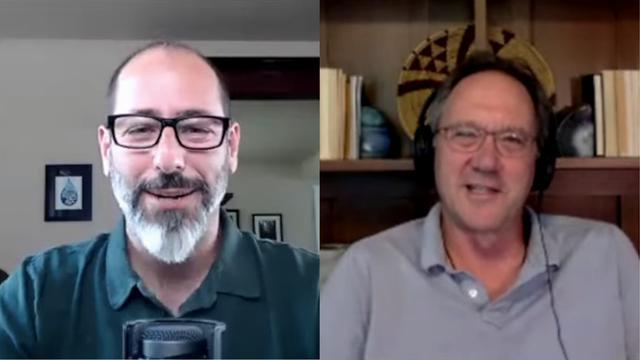 A recent podcast by Dr. Thomas Cowan featured Dr. Andrew Kaufman, the man who made exosomes known through his presentation about COVID 19 and the so-called viruses and also one of the many “truth-teller” doctors whom the mainstream media doesn’t talk about. Dr. Kaufman has lots of credibility and he is exposing this fake pandemic through scientific presentation in his own Youtube channel and through other’s by doing an interview with him.

When Dr. Thomas Cowan asked Dr. Andrew Kaufman what are the things that motivate him, Kaufman answered, “One of the major force that motivates me, this is just part of my personality, is justice. So I’m very motivated by trying to correct injustices in the world and that’s what really led me into medicine”. He went on explaining that one example of this is his passion to psychiatry. Kaufman said he’s concerned about the neglect that our society and culture are doing on people with mental illness and others that were inappropriately diagnosed as such; those who are “very marginalized” and are being locked in mental institutions for invalid and sometimes cruel reasons. “This subsequently motivated me to wanna work in a correctional system and take care of people with severe mental illness who happen to be stuck in a jail where no one is really looking out to them. And it’s a horrible place to be”, he continued.

There are many psychiatrists like Dr. Kaufman who question the model of psychiatric treatment and diagnoses and uses natural alternatives to help patients. Dr. Peter Breggin and Dr. John Breeding are some of the examples you can check out if you want to learn more about psychiatry. These people are worthy of a million thanks and support as they are truly for healing without harm and without using force and they work so hard to educate people about the negative side of psychiatry and to stop its abuses and oppression to people. According to Dr. Kaufman:

“I started to see that there were some injustices like the first thing that really hit me was about civil commitment. And this is basically a law that allows a psychiatrist or some other doctor to, basically, incarcerate someone. They can put them in a mental hospital against their will, in a locked ward, and based on their illness and supposedly being dangerous itself.”

Dr. Kaufman also said that the function of the majority of today’s psychiatrists is to prescribe these dangerous psychotropic drugs. This has made him realized that in order to get back his real worth, he must question mainstream psychiatry and provide what is really helpful for the patient. He stated:

“Well I started just questioning it and didn’t wanna participate and then at some point I refused to do it. And I’ve gone through that kind of evolution where many times over as I found injustices with psychiatric medications. You know at first I was forced to prescribe them as a trainee because that was the standard of care. And then all my subsequent clinical work, that was the main function of a psychiatrist. But as I uncovered that, first, I saw the medicines were not helpful. And then I started realizing that they were harmful. And this was when I scrutinized the research literature and then compared it with my own experiences I started seeing that there was consistency here and those respects but that’s not what the main authorities of medicine would be saying about it but that’s what was in the actual research finding.”

Talking about the harm and the uselessness of antidepressants, his method of treating his patients, and the factors that make a person depressed, Dr. Andrew Kaufman said:

“I wanna look at objective outcome measures. So in other words, like something tangible that’s improved in a person’s life. Like if they’re depressed and they can’ function, they can’t shop or grocery so take care of their kids or go to work, well I wanna see them resume doing those things. If they have a horrible conflict in their important relationships in their life, I wanna see that relationship improved. Right? All of those aspects and that’s not what I’m seeing at all. Surely with antidepressants I never saw that. I don’t want to give the impression that no psychiatric drugs ever work in any person… There are some very limited examples but they’re rare and they’re probably overused and overgeneralized. But with antidepressants no, I’ve never seen one person have a true benefit from an antidepressant.”

Talking about clinical trials, Dr. Kaufman said that antidepressants do not improve the situation and that “there actually is no specific activity of antidepressants to address depression”. He also added that what antidepressants really do is numb a person’s emotions so that they become indifferent and less responsive. Explaining about how the actual diagnosis really happens, he said:

“One of the things that I was doing is that I was doing an expert witness work so that allowed me to review just thousands and thousands of pages of medical records. Most of those are for primary care type doctors but all of the medical records I review have to do with mental illness. And so I’ve seen thousands of times where you see a diagnosis of depression being made but there are absolutely no depths to it at all. It’s pretty much goes like this: a patient walk into the office says doc “I’m feeling depressed”. The doctor says “are you thinking of suicide?” They say “no” and then diagnose depression and then prescription for the antidepressant of the day. That’s really all it is.”

And finally, expressing his views about depression that totally made sense, Dr. Andrew Kaufman stated:

“I wouldn’t even say depression is an illness. I would say it’s a symptom. And it’s a kind of a vague symptom because well what’s the difference between depression and anxiety, a lot of people conflate those two things. Maybe they are together, you know, one thing. I don’t know the answer to that at all but it’s important to get the details of the person’s experience. But feeling depressed or even to the point of being suicidal and not able to motivate your self to do anything in your life can have so many different causes and those causes could be purely physical, and they can be purely emotional or psychological or spiritual or they could be more commonly a mixture of all those things. And when you simply give the drug and not even acknowledging that those things exist, you’re just saying that it’s actually a brain chemistry problem, “I’m gonna correct the brain chemistry”. But there’s no scientific evidence of brain chemistry abnormality. But you know that we do know that people with Parkinson’s disease get depressed; we do know that people who had heart attacks get depressed, right? So there could be a relationship there but then what you would do is address heart attacks and address the Parkinsons not numb out their emotions…”