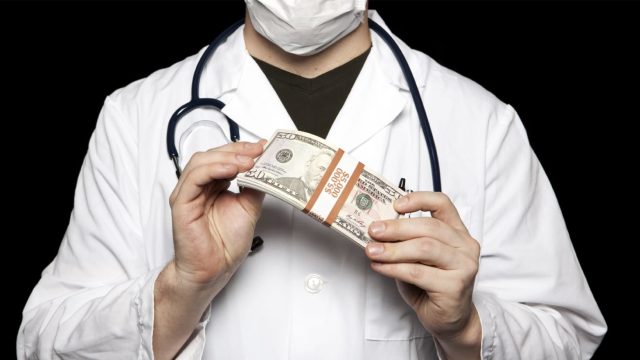 The “disease-causing-virus” scam has been around for almost two centuries, at least, invented by the tyrants of the past with the help of fraudulent agents of pseudo-science, enabling the ruling entities of the society to maintain power over ordinary citizens who cannot afford to have free access to the dominant and prestigious universities nor to the essential technical information regarding every technology and other so-called scientific tools needed for maintaining life and humanity in general. This scam is called “germ theory”, a concept that microorganisms such as so-called viruses cause illnesses popularized by Louis Pasteur and his supporters at that time. However, his not so known contemporary Antoine Béchamp opposed the concept and exposed its fallacies through appropriate scientific methodology of their time.

Unfortunately, with the deceptive use of money, power, and influence through the media, specifically by the Rockefellers, the Carnegies, and other owners of allopathic drugs and synthetic vaccines (which contain cocktails of heavy metals, aborted human fetal cell lines, and various animal DNAs) of today, this scientific scam is still being believed by the majority of the people in the world up to this day. And unfortunately, these masters of the allopathic medical establishment don’t really want to make people medically informed and physically healthy for an obvious reason that they make a lot of money out of people’s ignorance and sickness. These people will do anything by any means to perpetuate this concept; they bribe doctors, experts, and influential politicians. They blame it on germs and other biological factors which people cannot control and which only those who’ll work for them can have the access to study and understand (or misunderstand).

“Our prescription drugs are the third leading cause of death after heart disease and cancer in the United States and Europe. Around half of those who die have taken their drugs correctly; the other half die because of errors, such as too high a dose or use of a drug despite contraindications. Our drug agencies are not particularly helpful, as they rely on fake fixes, which are a long list of warnings, precautions, and contraindications for each drug, although they know that no doctor can possibly master all of these. Major reasons for the many drug deaths are impotent drug regulation, widespread crime that includes corruption of the scientific evidence about drugs and bribery of doctors, and lies in drug marketing, which is as harmful as tobacco marketing and, therefore, should be banned. We should take far fewer drugs, and patients should carefully study the package inserts of the drugs their doctors prescribe for them and independent information sources about drugs such as Cochrane reviews, which will make it easier for them to say “no thanks”.

In 2010, the Rockefeller Foundation, one of the richest entities most politicians really serve (apparently) and the first to monopolized the healthcare industry, published a document describing scenarios of what might happen and what should the governments do during a global outbreak of an infectious disease (which is fictional and based on the bogus germ theory, remember!) as a response. Interestingly enough, the scenarios that are being described in that document looked very identical to what the governments and other institutions are doing today: taking away people’s freedom and imposing mandatory baseless and ridiculous measures and protocols, practicing unethical medical experiments, sabotaging the economy, and blatantly violating human rights under the guise of public safety and protection. This is why some people call this crisis the “medical martial law”.

These are not the only problematic things and crimes the big pharmaceutical companies are doing; to understand more about them, here are the links to the articles and reports that elaborately describe the subject: