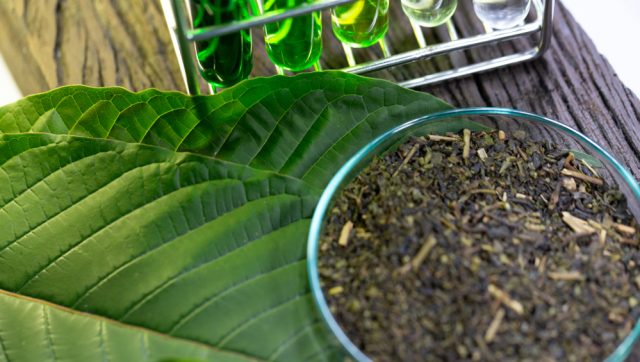 One of the most promising features of kratom is that it can help people recover from addiction, even to dependency caused by hard drugs, especially with opiates. This is because kratom has a similar effect with opioid but as a choice for treatment for many who are really undergoing tremendous pain from injury or from recovery of surgery etc., it is much safer as it is purely natural without having uncomfortable side effects like anxiety, insomnia, vomiting, nausea and other symptoms from withdrawal. This is, of course, a very promising plant remedy for most people given that prescription drugs did not only raise the opioid epidemic to an extremely alarming level but people were physically destroyed by this kind of medication being promoted by mainstream allopathic medical establishments.

In a 2016 article by forbes.com, a “scientist-turned-journalist” named David Kroll presents various testimonial stories by the people praising the amazing psychological benefits kratom brought to their lives. Many of the people who shared their story offered a very eye opening perspectives toward the future of pain management for us people in the age of high-tech, almost AI-run healthcare system. The big question is, how far will these big pharma controllers will go to suppress and perhaps dangerously illegalize this extraordinary plant and prevent us ordinary folks from its essential benefits? Though the scientist cautioned his reader to have a highly critical outlook on kratom, his priceless effort to gather these stories has brought so much substance, which is what we all mostly need for vital issues like this one, to the topic for further studies about the many benefits as well as the risks of kratom.

His interviews featured different kinds of people who have been using kratom for a considerable amount of time; interviews of people with diverse experiences on kratom, both positive and negative; from house mothers to the usual professionals, amputee, a veteran, people who experienced or are experiencing chronic pain due to health problems, and people addicted to all sorts of substances including alcohol and of course, opiate drugs. According to the author, kratom does not come without serious risks, especially its extract but the usual amounts people consume are mostly safe with little to no side effects at all. However, sincere public education must still be shared across the different media landscape so that complete awareness about the plant must be understood, especially by younger generation who need to continue/sustain this knowledge to safe and natural alternative to medicines.

According to an amputee who became addicted to prescription opioids because of chronic pain:

“I am an amputee that battles with constant pain. After 8 years of heavy opiate use due to my pain I found the opiates were doing more damage to life and needed a way to regain control of my life before it was too late. I tried to get addiction help only to be turned away either due to insurance or other issues. I knew there had to be another way so through investigation online and after extensive research and reading testimonials from multiple Kratom users o knew I had found a way to finally achieve my goal of “Getting My Life Back”. I did it and it was easier then I ever imagined. Not only did I kick the control (addiction) the Pharmaceutical companies manufactured drugs had on me but I found the same product (Kratom) helped with the sever pain I experience.”

“I’m a 43 year old, upper middle class, stay at home mother and wife. I first started utilizing Kratom in February of 2015. Since my daughter was born, I’ve had a lot of lower back issues. Because of my size, very petite, my back bone and pelvis done began to separate. It’s very painful. Of course I was given opiate drugs for my pain. At first they worked then they didn’t. The pain pills made me feel horrible. I didn’t want to get of the couch most days. Long story short, I found Kratom. My life has drastically change for the better! I’m now able to enjoy my life, my daughter, my husband!! I don’t feel drugged, I feel well enough to drive with my daughter in the car and go about life as it should be! I’m now active with my daughters school and loving my life! I’m petrified what will happen to me if Kratom is banned. I’m scared I’ll lose my marriage and my wonderful, active life with my daughter.”

Aside from recovery from addiction, kratom was also found to be beneficial to our cognition by enhancing this capacity; another interesting mental benefit from the leaves. According to a study, this is because kratom also helps the body produce nutrients and energy through the metabolism process.

“The liver contains both Phase I and Phase II microsomal enzymes that metabolize Kratom into various alkaloids. Once metabolized, the alkaloids act on the Mu as well as the delta, and kappa opiate receptors that are located in the CNS and peripheral nerves. Mitragynine mostly acts on delta receptors while 7-hydroxymitragynine interacts with Mu receptors. Collectively, these opioid receptors ensure impressive cognitive performance.”

Other studies also found that kratom also helps boost energy, fight severe depression, and improves focus. Although these discoveries need further delving, enough information has now been added to reasons for interest by many experts for uncovering the secrets of this wonderful plant which of course, seek more support from both the unbiased scientific community and the public. The interesting chemicals and other compounds which help induce useful metabolic processes that help enhance our body’s performances, help it generate energy, improve blood circulation, and enhance cell functions (very important for ending the pandemic problem of depression), should be further scientifically investigated. These benefits are great news not only for people who are suffering from chronic pain and depression alone but also to those who have chronic fatigue.

However, as what the author David Kroll, kratom also has things users should watch out for. And one of these is addiction. Kratom can cause serious addiction; though not serious as prescription opioids by big pharmaceuticals. According to one of Kroll’s kratom story tellers:

“In my experience, kratom is addictive and I myself had a physical dependence on it. What these people aren’t telling you is that if they miss their dose they experience withdrawal symptoms similar to that of heroine. I had to go to a medical detox to quit kratom for good. There are lots of pro-kratom groups and if anyone mentions the withdrawals they are ostracized and their messages on the board deleted because people want to keep their drug habit legal.”

The conclusion is, unlike the synthetic opioids, kratom is not really that dangerous as what other media and institutions are trying to say. Of course society needs to be cautious about substances be it synthetic or natural. However, we don’t have to be a scientist to understand that natural medicines are way safer than synthetics. It’s totally true that kratom might bring serious risks but with mature understanding and with proper guidance, as this is a natural plant, society can handle these risks.