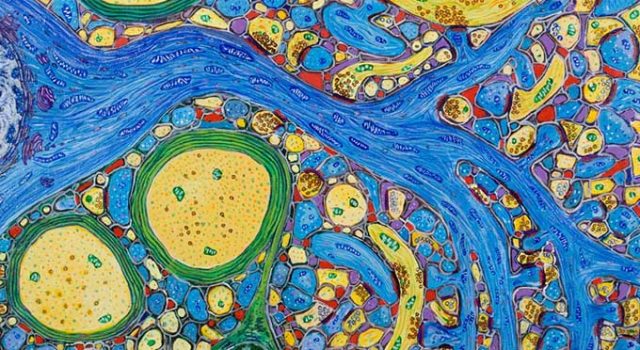 Exosome was said to have been discovered in the early 1980’s and it is being considered today by some experts as very important part of our body that can be used in therapies. Currently, a doctor named Andrew Kaufman is claiming that this exosome could be the agent thought to be causing the illness to many patients suspected to be carrying what they call COVID-19. Contrary to the mainstream narrative which rooted from the World Health Organization (WHO) and the Centers for Disease Control and Prevention (CDC), Kaufman believe that this agent is “beneficial” instead of the other way around. To give you more idea, here is what Dr. Andrew Kaufman has said in one of his statements:

I learned something very interesting that there is something that our body makes that under the microscope looks virtually identical to the pictures of what we’ve been told as the virus. And this is called exosome. They are basically little small socks that contain genetic material, exactly the same description that’s given to us of these so called viruses. And what happens is that these exosomes are actually part of our immune system, if you will. They serve a protective role. They’ve been demonstrated in studies to be able to take up toxic materials inside so they could eliminate them from the body so they won’t cause harm and they’ve also been shown to communicate between parts of our body as some kind of a signal to help us fight off some kind of insult or illness.

So there are scientists who have done this purification step with some viruses but the viruses that they’ve done this with are in single-celled organisms like bacteria or amoeba or algae. And so they demonstrated that there’s a clear laboratory procedure and I could even describe it, it’s pretty simple, just using a centrifuge. And they can then separate out those particles and show that they exist. Interestingly, some of the scientists who studied that say that those so called viruses in the lower organisms don’t actually cause disease; that they may actually serve a protective function to those cells. Just like what exosomes do to us.

Meanwhile, let’s hear what other doctors are saying about exosome.

From “What is Exosome Therapy”? By Dr. Chris Centeno

Exosomes are how cells talk to each other. They are also called extracellular vesicles. These exosomes have information in the form of chemicals (cytokines) to snippets of messenger RNA (m-RNA). Put more simply, exosomes are how cells communicate. For example, we can communicate by writing small notes to each other electronically, otherwise known as email. Exosomes are a way for one cell to email another. The message may be how to behave or what’s happening in the local area or it can even be something like a computer virus that hijacks the other cell (mRNA).

All of the cells in your body can email each other through exosomes and this includes stem cells. The excitement behind exosomes and stem cells comes from early research showing that the positive effects of stem cells on tissue repair could also be sometimes replicated if you just used the media in which the cells were growing and got rid of the cells (2). It was believed that this happened through the cytokines (chemical messenger molecules) in the media as well as exosomes. Hence, the idea began that it may be possible to help patients heal without stem cells, but by using only the exosomes that the stem cells produce.

What is a stem cell? It’s a cell that hasn’t developed into anything yet. So it has potential. And inside of stem cells, as it turns out, there are these little bubbles that do everything. It’s the bubbles the stem cells carry, or also known as exosomes, or the new FDA designation that do all the work. So let’s talk about exosomes.

An exosome is a little bubble that’s 40 to 100 nanometer, really tiny, that contains primordial or early messenger RNA and healing proteins and peptides which are substances like interferon and interleukin which modulate the immune system. Exosomes do things to cells. And there’s this entire concept of cell to cell communication which is really important in where medicines going.