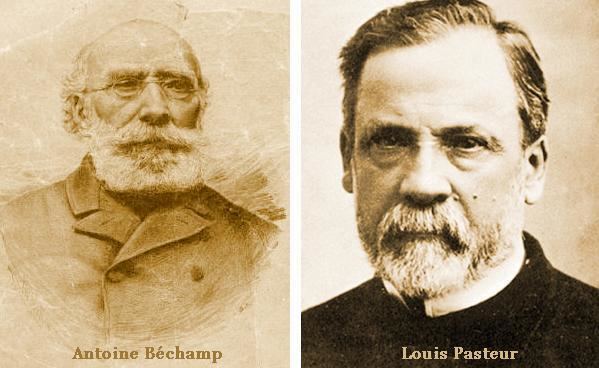 In our lives, we’ve been exposed to thousands upon thousands, if not millions upon millions, of germs. Happening on a constant level, it would seem like many people would die of diseases from these contacts every single day. But this is not the case. As we can also see in some depressed areas where homeless people or people with mental health problem, for example, are exposed to endless filth in the streets on a daily basis, this isn’t the case. In some cases, you might also see that some even get their food from trash bins most of the time and yet they still live for a very long years. However, for decades the doctrine of “germ theory”, thought by the late French chemist Louis Pasteur (1822-1895), has descended upon us through history bringing not only questionable treatment methods but also very expensive price for most of us to pay for.

To further understand the “germ theory” or “the germ theory of disease”, which Western allopathic medicine still believes today and enables them to profit out of other people’s misery mostly through bogus medicine and medical procedures, let’s try to read this statement:

“Pasteur’s main theory is known as the Germ Theory of Disease. It claims that fixed species of microbes from an external source invade the body and are the first cause of infectious disease. The concept of specific, unchanging types of bacteria causing specific diseases became officially accepted as the foundation of allopathic Western medicine and microbiology in late 19th century Europe. Also called monomorphism,(oneform), it was adopted by America’s medical/industrial complex, which began to take shape near the turn of the century. This cartel became organized around the American Medical Association, formed by drug interests for the purpose of manipulating the legal system to destroy the homeopathic medical profession.”

So if the germ theory is really true, which according to many claims that one of the main proponents, Louis Pasteur, itself later on admitted that it isn’t (“The microbe is nothing. The terrain is everything.” This is what Pasteur said while lying on his deathbed), we would be sick all the time because germs and viruses are omnipresent. On the contrary, the “terrain theory” suggests that germs and viruses instead help in the cleaning process and only come when some parts of the body is sick from toxins or other insults, having a “dirty” environment just like how the vultures, rodents, and the maggots feast on garbage and carcasses. Terrain theory also argues that “if the body is well and balanced then germs that are a natural part of life and the environment will be dealt with by the body without causing sickness”.

When you subscribe to the “terrain theory”, which is viewing the cause of disease as a function of the condition of the terrain, you will then be open up to the perspectives of natural healing and holistic health; which means our health wholly depends on our lifestyle, including environmental exposure, and our diet.  According to Michael Garko, Ph.D., the host of Let’s Talk Nutrition podcast:

“The medical model, which dominates Western medicine, relies in large measure upon the tenets of germ theory, thereby, rendering humans as the reactive targets who are the mercy of microbes. In contrast, the natural healing perspective shifts the focus from the power of germs and puts the emphasis on the environment, the terrain, in which microbes seek to live. It also recognizes people as proactive agents of health who can make choices to create a terrain that remains in balance and impervious or at least less vulnerable to the potentially deleterious effects of germs.”

Another big question is that – why is it that two persons can be exposed to the same bacteria or virus yet one gets sick and the other one does not? According to Dr. H. Lindlahr,“Germs cannot be the cause of disease, because disease germs are also found in healthy bodies.” Meanwhile, another important point also to consider is the statement of Simon Louis Katzoff, M.D. in his book Timely Truths on Human Health published in 1921:

“We agree with those members of the profession who told that no germ causes tuberculosis. Germs do not cause any disease. Further, we agree that there is more harm in the fear of germs than there is in the germs themselves.”

Referencing to the works of Dr. Stefan Lanka, a German virologist and molecular biologist, Dr. Neal Smookler wrote in the New Medicine Online:

It is important to note that the dominant pharmaceutical cartel, founded by John D. Rockefeller and Andrew Carnegie in the 1800’s, controls the education system and therefore, the information that goes to the dominant medical journals for centuries now. When you look back at history of medicine in the West, where the richest pharmaceutical companies come from, you will see how these big monopolists waged war on “natural healthcare” and holistic medicines and managed to push their drugs in most part of the globe; leading people to more diseases instead of real cure. Through the power of their money, they have succeeded in “miseducating” doctors into trusting allopathic pharmaceutical drugs instead prevention, the power of nutrition, and natural healing. Lastly, it is also important to remember that the dominant medical establishment we have now depends heavily on the “germ theory” so they can continue to sell their patented drugs, vaccines, and other toxic so-called therapy. Knowledge about this history and of the “terrain theory” will really help people detach from this abusive and cruel medical or healthcare system.

Please check out these references for further understanding of the subject: