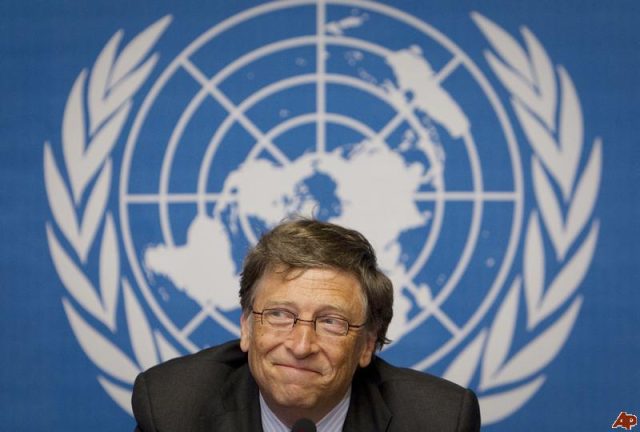 Under the pretext of saving people’s lives, Bill Gates, through his philanthropic front the Bill and Melinda Gates Foundation (BMGF), has been using major institutions in carrying out his vaccination program around the world. For decades, this project has been riddled with scandals and controversies which, unfortunately, haven’t been provided with appropriate legal actions. One probable reason is that Bill Gates financial influence must have been very powerful that it enjoys indemnity and leaves most government institutions around the world helpless about the situation. In places like India, Pakistan, Africa, and the Philippines, Bill Gates, the World Health Organization (WHO), and other organizations connected to their mass immunization program have been scrutinized and even sued for damages and even deaths.

To see and understand how Bill Gates uses his foundation’s money, with the help of other institutions, to influence government’s policies towards health, let’s take a look at these statements quoted from different write ups and reports exposing the BMGF and the WHO vaccination collaboration.

“The Gates Foundation, originally established in 1994 by Gates’ father William Gates Sr., still funds family planning activities today. As mentioned above, Johns Hopkins University has received more than $200 million for this purpose in the last ten years. In addition, the BMGF also funds the Planned Parenthood organization, which was led by Bill Gates’ father when the younger Gates was a teenager, and which originally emerged from the American Birth Control League. The funding of the WHO and the vaccination activism of the Gates Foundation, also in the name of population control, seem to be the continuation of a family tradition.”

“In 2010, when Gates committed $10 billion to the WHO, he said “We must make this the decade of vaccines.” A month later, Gates said in a TED Talk that new vaccines “could reduce population.” And, four years later, in 2014, Kenya’s Catholic Doctors Association accused the WHO of chemically sterilizing millions of unwilling Kenyan women with a “tetanus” vaccine campaign. Independent labs found a sterility formula in every vaccine tested. After denying the charges, WHO finally admitted it had been developing the sterility vaccines for over a decade.  Similar accusations came from Tanzania, Nicaragua, Mexico, and the Philippines.”

“Add to this the fact that the Gates Foundation and related entities such as CEPI (Coalition for Epidemic Preparedness) Innovations constitute the largest funders of the public-private entity known as WHO, and that its current director, Tedros Adhanom, the first WHO director in history who is not a medical doctor, worked for years on HIV with the Gates Foundation when Tedros was a government minister in Ethiopia, and we see that there is practically no area of the current coronavirus pandemic where the footprints of the omnipresent Gates are not to be found. If that is to the good of mankind or grounds to be worried, time will tell.”

“Second only to the USA, the BMGF is one of the largest donors to the World Health Organization (WHO) and paid it more than $200 million in 2018 – more than Germany, France and Sweden combined in the same period. But this is not the only way in which the WHO is financed by Gates. GAVI, formerly known as the “Global Alliance for Vaccines and Immunization”, provided the WHO with an additional $150 million in 2018. One of GAVI’s main donors is again the BMGF, with $1.5 billion in 2016, for example.”

“It can therefore be said that the BMGF and thus the Gates family and Warren Buffett are the main source of income for the WHO through direct and indirect channels, which raises questions about its independence from these sources of finance. In addition, the BMGF also provided funding for the establishment of the “Coalition for Epidemic Prevention Innovation” (CEPI), which is concerned with the research and development of vaccines, amounting to around $100 million in 2017.”

“In addition, the Foundation regularly supports non-governmental organizations such as PATH, which are involved in the development of vaccination technologies, with millions of dollars in funding. The list of BMGF’s beneficiaries also includes the largest global pharmaceutical companies, such as Pfizer, Novartis, GlaxoSmithKline and Sanofi Aventis. The comprehensive influence of the BMGF in the vaccination sector is therefore obvious.”

“In the Corona crisis, it is striking that institutions that currently play an important role are likewise supported by the BMGF. For example, Johns Hopkins University which maintains the worldwide corona statistics that are disseminated in all media, regularly receives large donations. In the last ten years only, more than $200 million have been transferred to the university by the Gates Foundation. The purpose of the donations was family planning programs.”