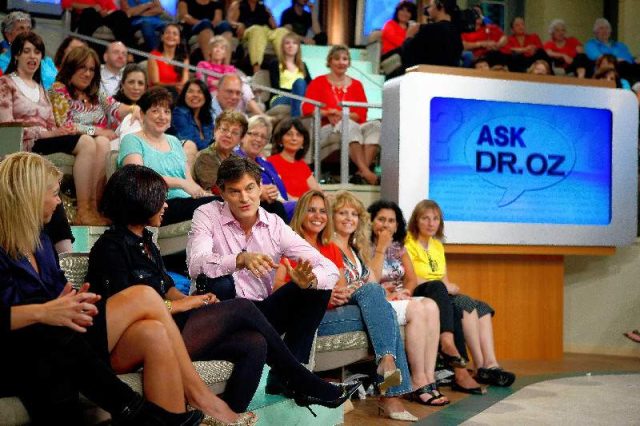 In 2014, the British Medical Journal performed a study examining claims made on Dr. Mehmet Oz’s show and found that many of those claims were not supported by evidence or were in direct contradiction to scientific studies. Doctors were only able to find legitimate evidence to support around 46% of the recommendations on the show. 15% of the Dr. Oz’s claims were found to be in direct contradiction to scientific evidence and no evidence was found for the remaining 39%. Though, keep in mind that we are only talking about those products promoted by Dr. Oz, through his TV show and not all natural health products in general.

When doctors like him, which have become famous because of support by the mainstream media, tells the millions of viewers to buy a product, which in this case natural health products, they listen. This has been famously dubbed by the mainstream doctors as the “Dr. Oz effect”. However, not all doctors promoting naturopathy are dishonest like Dr. Oz. In fact, there are more naturopaths telling the truth compared to the so-called “science-based” doctors who are usually working under the paradigm of the allopathic medicine started and then monopolized by John D. Rockefeller’s industry. These doctors are also called “mainstream doctors”, functioning under the radar of the dominant commercial medical establishment of today.

In one Dr. Oz’s most controversial shows, a “celebrity nutritionist and respected naturopathic doctor” named Dr. Lindsey Duncan was said to have profited because of the show’s misleading promotion of his product. Dr. Duncan was later charged by the Federal Trade Commission (FTC). On this case, Dr. Duncan was forced to refund $9 million to customers who bought his product, a green coffee weight loss supplements. If you try to analyze this incident, it could be that this is the mainstream medical establishment’s strategic move to further destroy the reputation of naturopathy and the natural healing movement. However, it is evident the people’s common sense still prevails and many are now starting to embrace natural healthcare back again.

Given that it is normal for most humans to trust people that are famous, especially those that are being celebrated by the mainstream media, we really cannot stop others from taking advantage. And given that ‘big pharma’ dominates or even owns the media outlets, they can still win the people’s mind. In a psychological term, they can utilize what is called the ‘Halo Effect’, which means “the tendency for an impression created in one area to influence opinion in another area”. Therefore, it is very important to be critical and to be cautious so that we don’t fall to other people or institution’s “trick” to make us buy products which are not really proven effective.

To avoid this mistake from happening, consumers who watch these kinds of TV shows must make sure that the program is giving the right information such as the links to the sources of the information and the studies that prove the claims. They must also ask these questions: is the show honest and transparent about the information sources? Is it clear about the limitations of the product? Is it honest enough to provide information about the potential harms? Is it transparent about conflicts of interest and advertisers influence? These are some of the things the producers must prioritize so that viewers/consumers can look for studies or evidence to back the claims about the product. It can be provided through citations during the show or in the show’s website. It is really important to practice this kind of critical thinking so that the case of Dr. Mehmet Oz and Dr. Lindsey Duncan won’t happen again.