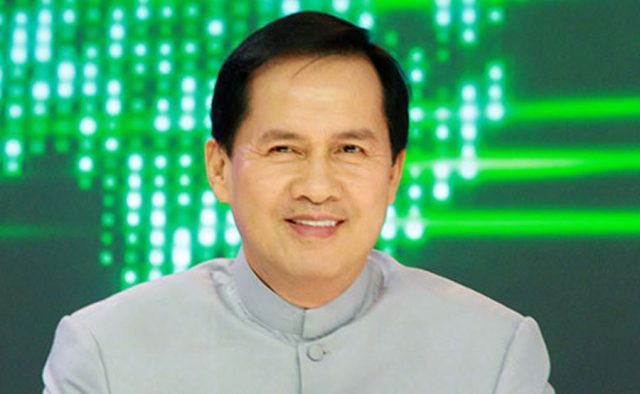 Pastor Apollo C. Quiboloy, the self-proclaimed “appointed son of God”, who also claimed that “he can control the earthquake”, has again made another scandalous headline of rape and forced labor charges by his former church member named Blenda Portugal. The leader of the “Kingdom of Jesus Christ” ministry, which proudly claimed on their website that they have “six million solid Kingdom citizens in 200 countries and 2,000 cities all over the world”, and his lawyer however, denied this accusation claiming that this is just another conspiracy against him aiming to destroy his reputation and credibility. The said person filed a complaint of “sexual abuse and forced labor” against the pastor, including its five more members named Sylvia Cemañes, Pauline Canada, Cresente Canada, Jackielyn Roy, and Ingrid Ca­nada.

The “will of the almighty father”

According to Portugal, she became a member of Quiboloy’s church when she was 10 years old through her father who was also a follower. And under this organization, she was a member of a choir in exchange for a scholarship program. During these years, she and her sister, still according to her, were sexually, physically and psychologically exploited and abused many times. The abuse started in 2009 and she was 12 years old back then, she stated on the court document. Portugal said:

On the said affidavit, Portugal claimed that the raping of her by the pastor happened on the day of September 1, 2014 inside the compound of Jose Maria College, a university owned by pastor Quiboloy. She was 17 years old at that time.

Also in her statement, several members of Quiboloy’s church including the person named Ingrid Canada told them to just obey the pastor’s order because he is the “almighty father” and that “his will should be done”.

“It appeared that she is well supported and well financed. We know who they are and we are prepared for them. We will show them that Quiboloy is innocent. We will show you that this is not true. Because Quiboloy is true to his mission to propagate love, the love for Jesus and we are here to cause the dismissal of the criminal cases filed to him.”

In October of 2018, it was also in the headline of many news stations that pastor Apollo Quiboloy was charged with several complaints in Hawaii including sexual abuse filed with the aid of Deputy Public Defender Grant Giventer. In the documents, the accuser named Kristina Angeles who worked in Quiboloy’s church in Waipahu, Honolulu claimed that she and several other “minors” were forced to have sex with the pastor.

According also to the official report:

“FBI officials also have requested police records in which Angeles alleged three years ago that she and other followers were forced to sell manapua and Krispy Kreme on the streets of Honolulu. Angeles said church officials yelled at her, punched and kicked her if she didn’t sell enough.”

In addition, Angeles also stated in the court document that in the Philippines, she was “sent to a church compound where they made her wear an orange t-shirt and shaved her head”. And according to her statement, she escaped Quiboloy’s “Kingdom of Jesus Christ” because of these alleged abuses. She was then accused of “sexual assault” which Grant Giventer, Angeles’ lawyer, claimed was a lie as retaliation for her escape.

Meanwhile, serious and horrific as it sounds if proven true,  Duterte’s administration has no plan to intervene with the cases, saying that its government “will not enter into this private domain”.