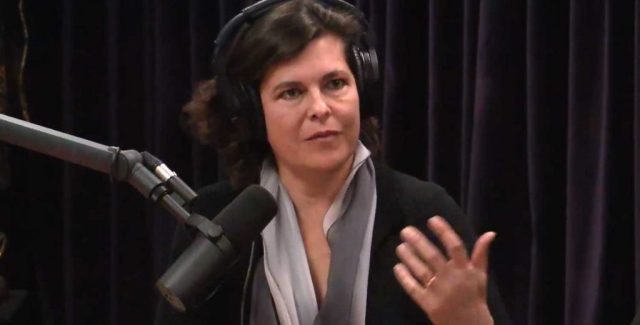 “The search for truth and beauty in its many forms is what higher education is for and about. The enlightenment opens up our world and gave us among other things the beginning of a formalization of the scientific method. One of the great strengths of the scientific method is its ability to reduce the role of bias and emotion in what we understand to be true. The scientific method, at its core, is a method for reducing bias.” Heather Heying

Presently in the West, more and more important people are now becoming aware and alarmed by the seemingly worsening current political dichotomy. As the right moves closer and closer to a fascist totalitarian direction, the left also pushes the postmodernist agenda further on so many levels of various social institutions. And of course as a result, many individuals of the intellectual and the scientific community are now taking a firmer stand against these political directions and are trying to push the antithesis harder. One of these people is Heather Heying, an evolutionary biologist, ex-professor of Evergreen State College, and author who contributed many important studies in the field of biology and evolution. A strong critic of the postmodern trends in the academic world (but openly agrees on so many valid arguments of the left), Heather Heying brings essential scientific insights that could answer many questions in the current left-right polarization.

In one of her speeches, Heather Heying strongly called out the members of the faculty of Evergreen State College (ESC) about the obvious repression that is now getting more and more prevalent not only in ESC but also in other universities across America. With her own experience as a professor, Heying witnessed the growing influence of postmodernism in the university. Coupled by discreet authoritarianism through languages that are designed to silence and disrupt dissenting opinions, postmodern policies are now, according to Heying, holding the university hostage, demanding endless language purification. However, for people like Heying, it is going to be a huge challenge as many organizations or institutions have already adopted the wave more than a decade ago and have planted the seeds of political correctness on the soil of their institutional world-view. According to Heying, the fruit of this embracement reflects clearly in the current climate in schools and universities.

Because of fear of being targeted or demonized, ostracized, and even persecuted, many important people like Heying, in government and non-government sectors, have helplessly allowed these neo-Marxist ideas and its anti-science rhetoric and lexicons to spread across the institutional landscape and be the basis for collective decisions. Fearing punishments, most of these people prefer to choose silence over discomfort by submitting to the mandates that feeds the monstrous machinery of the postmodern polity. What it does is move across the fields of socio-politics, alter the rules of the game and redefine the meanings while also imposing these meanings and the languages that are chosen to be the replacements, including even the very foundation of science itself.

As scientists, many people like Heying stood out, risking their profession and future, demanding an end to this political madness. As what Heather Heying is trying to emphasize on her speech, if we want to have a society that are always free to speak and are able to stand on its own, resistance to postmodernism through many different forms is very important. Because the truth is, we cannot have an honest society if we don’t have freedom of speech. If we don’t have honest society, the truth will always be forbidden from us and we will be forever living in lies and repression.