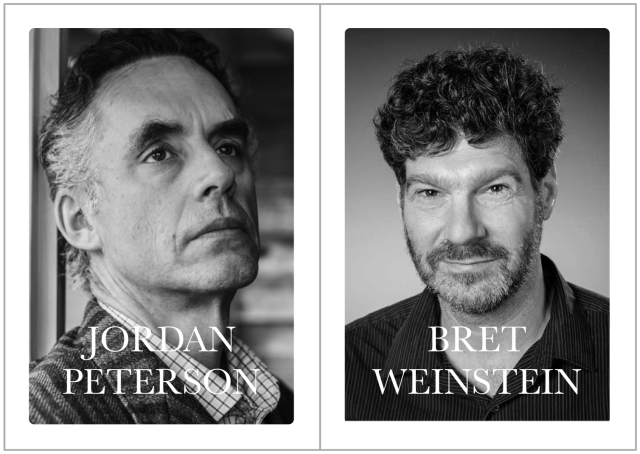 The problem with the current culture of today’s hyper politicized generation raised through clandestine propagandisation is that it is posting a serious threat to our freedom of thought and opinions in the long run. In fact, much of this Orwellian nightmare have been happening somewhere in some parts of the US, Canada, and Europe. Some examples of these cases are of Bret Weinstein, Jordan Peterson, and others who have been genuinely honest in the name of their profession and who have sound convictions backed by scientific or biological facts and reasons. Many decent honest men like them, who’s some came from a leftist background, have been institutionally demonized and antagonized by these haunting spectres of postmodernist ideologues. Wrongly accused and labeled as either racist or sexist alt-right, or white nationalists, bigots, transphobics, etc., these people have been caught in the muddy water of political circus dominated and mostly instigated by modern leftist oligarchs and bureaucracy of language police.

Considered by many as one of the most important philosophers and intellectuals of our time, Jordan Peterson is a clinical psychologist who also extensively studied evolution for so many years, through evolutionary psychology and evolutionary biology, and was a well-respected college university professor in Ontario, Canada who bravely opposes the legislative and the constitutional validity and legitimization of the neo-Marxist policies being imposed today in many universities, campuses, and other important institutions across the Western world. A well-versed intellectual in philosophy, metaphysics, mythology, and arts, Jordan Peterson has become a crucial thinker and voice in our current existing political frameworks and landscape. Meanwhile, Bret Weinstein, biologist and evolutionary theorist, is also a college professor in Evergreen State College who also received a protest from students and other groups who demanded his resignation while accusing him of crimes of racism. If you look further into the rabbit hole, you will see more of this postmodern madness that needs to be fixed.

Apparently for a postmodern mind, once you use tools such as science to identify and carefully define the many characteristics and complex nature of both genders, it would immediately mean having to submit to the idea of the certain gender and the certain roles that we have in the society currently, which are, paradoxically, very ancient biological expressions. Of course, there are unhealthy expressions but there are also healthy or useful ones. As Homo sapiens we have evolved highly on our cognition and our consciousness so that we have become capable of deciding, through our magnificent ability for logic and reasoning, which temperaments we must continue and which ones we must abandon as human being. Meaning, if we allow decent dialogues and consider honest sciences (biology, psychology, etc.) to be the bases of our judgement, we will come up with more honest and accurate definition of these vital issues of today. Meaning, if we let intellectual honesty and scientific dignity to prevail rather than blind ideological convictions, grounded on the disempowering notion of victimhood, helplessness, and toxic resentment, we can progress together without wrecking destruction at each other; inclusively and integrally.

Being flexible on our disposition as a human species is fairly important especially in a realistic, naturalistic sense observed through our evolutionary development with concrete empirical foundations. What the post-modernist red oligarchy must understand (and accept) is that gender and gender roles exist in nature and have been a perennial biological expression among many species on the earth. You can see this through plants, animals, insects, and other terrestrial organisms and variations that manifested throughout the evolution. This is not to mean that one gender must be a subordinate slave to the other and it does not suggest that a certain gender role must always be the basis for everything. Most importantly, this is also not to suggest that we must allow negative gender stereotypes to continue nor to agree to the oppression and pathology of domination. Of course, these two qualities, femininity and masculinity, must be put into balance and must be apply properly into the society for the good of our species. Lastly, these two archetypal traits of human spirit must be nurtured and used as a helpful social tool for coexistence and cooperation.