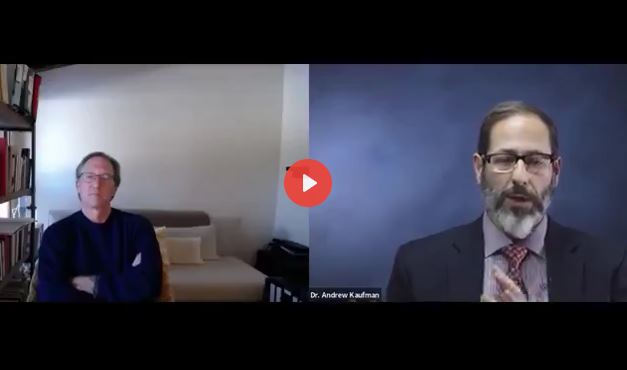 On January 17, Dr. Joseph Mercola published an article defending the main narrative which is that SARS-CoV2 has been isolated, proven to exist, causes infection, and can transform into many different variants. Dismissing other expert’s claim, that the opposite is true, such as Dr. Stefan Lanka’s works or from others, Dr. Mercola firmly asserted in his article that the virus has been photographed, genetically sequenced, and indeed, proven to be a pathogenic biological entity, causing infection and a specific disease called COVID-19. In the last paragraph, Dr. Mercola also stated:

“Either way, I believe it’s scientifically accurate to claim that SARS-CoV-2 has been isolated, genetically sequenced, and that it exists as a pathogenic entity. Getting too far into the weeds of theories that refute the existence of viruses altogether will only slow down and hamper the truth movement rather than aid it along, and I would strongly discourage anyone from engaging in this highly unproductive narrative.”

The problem, however, is that Dr. Mercola’s defense did not discuss the procedure behind the so-called virus isolation as it is the specific thing that these dissenting experts are criticizing about. This is because in this what they call “virus isolation” technique is that in reality, the experiment contradicts the meaning of the term itself. Therefore on January 21st, Dr. Andrew Kaufman and Dr. Tom Cowan responded to this article by Dr. Mercola, explaining the science and laying out their arguments, particularly on how the experiments of the so-called virus isolation are being done and why it is not a correct procedure. Many of these scientists, including Dr. Stefan Lanka, a virologist and molecular biologist, have been talking about the “virus narrative” even since before the so-called pandemic started.

At the beginning of the show, Dr. Kaufman pointed out Dr. Mercola’s limiting and dismissive opinion against the people who are questioning the science regarding the virus’s existence. According to him:

“What’s really particularly disappointing about Dr. Mercola’s article in general is really in a last paragraph. Because you know, one thing is numerous times throughout his paper he wrote – “his belief, his belief, his belief…” and I never state that.  I mean I do believe in myself but it’s my scientific opinion is what I’m talking about that I have come to through, you know. learning factual information and through my own reasoning process.

And it doesn’t require belief one way of the other. If I turned out that I get new evidence that gives me or leads me to a different scientific opinion, I have no attachment to the current opinion. If it turns out that there’s a subatomic particle that makes people sick, that’s different from a virus, and it’s discovered and there’s good evidence, I’m OK with that. Right? Because I just wanna find out what the truth is.”

“Just to talk generally about this article from Dr. Mercola, and this is true of most of the criticism that we’ve been getting, is that there’s really no discussion at all about why the experiments that they do actually prove a virus. Instead, what we really see is outsourcing opinion to other people, and some of those people haven’t even necessarily talked about the actual science.

They’ve outsourced it to other people and so it’s a combination of that and then just listing how many articles have isolation or genome in their title and not realizing that they’re all doing virtually the exact same experiment. And if we don’t talk about that experimental procedure itself, we’re never gonna get to the bottom because Tom (Dr. Cowan) nor I have never heard anyone give a rational argument about why those experiments should be the requisite proof of their claims.”

In one of his public talks last year, Dr, Stefan Lanka also specifically discussed this scientific fault. He explained why the so-called DNA sequences do not exist in actuality. The fact, according to Dr. Lanka, is that it’s just an invention that has never been discovered as a whole. He demonstrated how the globalist-sponsored scientists patch up these so-called genomic sequences or “DNA strands” using computer programs. According to Dr. Lanka:

“Much can be said about this ‘technique’, but the basic insight is that these manipulations, called ‘alignments’, simply do not correspond to any ‘complete’ or known genetic material of a virus. Yet this is then referred to in the literature as its ‘genome’. For the sake of convenience, they ignore the fact that during the construction of a ‘viral DNA strand’ – I mean this completely conceptually, by the way, in the facts nothing is ‘constructed’ – certain sequences that are considered ‘unsuitable’ are smoothed out and missing sequences (at least: missing from the conceptual model that one maintains) are added.

An example? If you study the conceptual composition of the DNA strand of the measles ‘virus’ and compare it to the actually available short fragments of the cells’ own molecules, more than half of molecule particles that should make up this virus are missing! Some of these were even artificially added biochemically while the rest are just… made up. I am not inventing this. This is reality, but because no one even dares to suspect that they are working so amateurishly, no one even thinks to check this out properly, and so the illusion persists.”

One of the big problems in virology, according to Dr. Tom Cowan, is that all scientists believing the mainstream narrative agree that these pathogenic particles, what they call viruses, cannot be found in the tissue of humans that are sick. This is the reason why they use RT-PCR for “finding” it because what they are trying to identify is just the RNA in which the sequences are based on the said in silico or computer-generated model. As Dr. Tom Cowan pointed out in the video:

“Those of us who are dealing with this issue, and I’m specifically talking about Mr. Hammond in this case, we have a responsibility to not make very simple factual mistakes. And one of things I’m talking about is the claim that “you cannot find viruses in tissue” is simple, as Andy (Dr. Andrew Kaufman) pointed out, you can’t find things the size and complexities as viruses is simply not true. 60, 70 years since the invention of sucrose density gradient, filtration, and electron microscopes even though they’re all artefacts, they say they can see these things, they can see bacteria phages, they can see exosomes. So to claim that the problem with why you cant see them because that can’t be done, to me, you’re not part of the conversation because you haven’t actually got the basic facts. At that point there’s nothing to talk about because you can’t agree on the basic facts of what we’re talking about.”

“If you’re going to make a claim that you can’t verify by your experience and by the shared understanding, in other words, we see termites, we see viruses at the lungs of everybody who’s sick; we see only this virus, we see it in thousands, millions of quantities. If you can’t do that and you’re going to try to prove that in some other way, you better make damn sure, and I mean damn sure, that every step of that proof is validated with proper controls, and there’s no way you made a mistake because it’s incredibly easy…

An infection should be a viral culture. Right? You’re growing the virus, they say. The virus will come in, they get in your cell, they multiply, they make millions of copies of themselves, you should be able to see it. But you don’t! And so then they have to figure out, how can you see it when you can’t see it? And they come up with this way which then, “well you can see it on electron microscope.” But we know that the electron microscope makes artifacts and they never validated that it’s making real things…”

To watch the full response of Dr. Tom Cowan and Dr. Andrew Kaufman, go to this link: