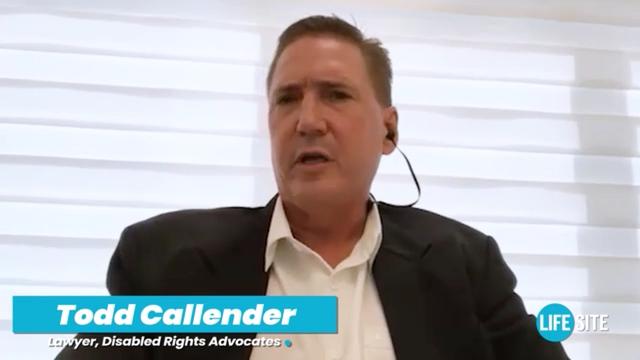 An American lawyer named Todd Callender has spoken out regarding the very alarming mortality rate among the United States military personnel in 2021. The attorney claimed that the death rate among the military servicemen rose to 1,100% in the first 10 months of 2021, coinciding with the rollout of Covid-19 vaccine. This finding, according to Atty. Callender, is based on the data published through Defense Medical Epidemiology Database (DMED). As Callender stated in the video:

“We know from the DMED database, the military’s database… that in 10 months of 2021, so not even the complete year, all causes of morbidity and excess mortality had increase, according to the military’s own numbers, by 1100% over 2020.”

According also to Atty. Callender, the ages of these military members are between 18 and 40 years old. He also added that a criminal complaint of around 20,000 was already filed since last year but until now, there has been no serious investigation happening and the vaccine rollout for the military servicemen still continues.

Even as early as April 2021, there were already reports of military personnel developing heart inflammation or myocarditis, an inflammation of health muscle, after receiving Covid-19 vaccines, particularly from Pfizer and Moderna. The said vaccine side effect is also common among teenagers and young adults. The Department of Defense (DoD), therefore, considered investigating 14 cases of the said vaccine-induced heart problem, especially after Israel published a report of myocarditis case in February of the same year. However, as of now there is still no official statement from DoD or Pentagon admitting or recognizing this adverse effect.

Meanwhile, in August of 2021, a military orthopaedic surgeon from the US Navy named Dr. Lee Merritt also spoke out about Covid-19 vaccine adverse effects. As reported by Vaccine Impact:

“Dr. Merritt recently addressed the American Frontline Doctors and discussed how all through 2020 there were only 20 deaths among all active duty military personnel related to COVID. However, there are now many reports of tumors and over 80 cases of myocarditis (inflammation of the heart), which has a 5-year mortality rate of around 66%, following the COVID-19 shots given to the military.”

“With the vaccine program we’ve ostensibly killed more of our young active duty people than COVID did.”

“This is genocide; we said it from the beginning. One of the easy ways to look at this is really simple. If you look at all the documentations, Pfizer documentation, we did mass spectrometry on their vials, we know what’s in these things…

They couldn’t slip this lipid nanoparticles which are, in fact, little bombers that carry pathogenic proteins to effectuate gene modification in the individual, gene therapy as they call it. In order to get those lipid nanoparticles, faster cellular defense, your body’s natural defense, they have to disarm your immune system. And they did that. It’s in all the scientific papers. What they didn’t do is undo that.

So effectively when you talk to our expert, she call it autoimmune deficiency syndrome; it’s basically “vaccine AIDS”. And right now they’re coming to understand this, people showing up HIV positive, people with three shots have no immune system left whatsoever. There is no other way to characterize this other than intentional homicide; the unlawful taking of human life, except that it’s in large numbers, which makes it genocide!”

To watch the video, go to this link: