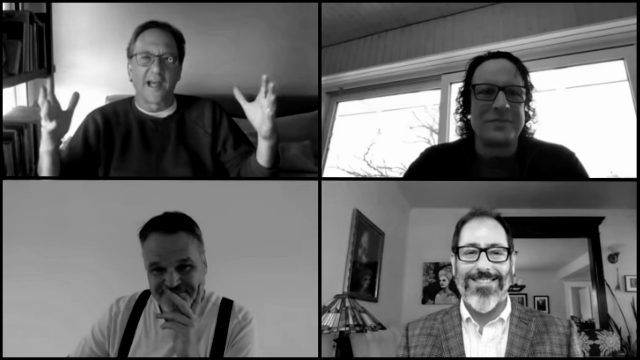 In early of this month, various mainstream media reported that in the US, the death toll has “surpassed 900,000” because of the “omicron variant”, adding that it caused the record to be the “largest COVID-19 wave” America has ever experienced. According to their source, the Centers for Disease Control and Prevention (CDC), there was a “high level of community transmission” at that time while at the same time, they are also saying that cases are declining in many parts of the US. On average, according to the CDC’s data, there are “more than 378,000 new infections “ each day. Adding to this, these mainstream news outlets also reported:

“While it is a major drop from the previous high of nearly 800,000 cases reported on average each day in mid-January, it’s still a higher case count than any previous peak the country has seen. But average daily deaths due to COVID-19 remain elevated at more than 2,400 per day. Decreases in death numbers tend to lag behind decreases in cases and hospitalizations.”

“We believe we will get there…

We can’t guarantee that there will not be another variant that challenges us, but the best that we can do with that is to be prepared for it.”

So even up to now, when you try to search on Google or any engine, you can still find articles about the omicron variant killing people across the globe, sometimes with headlines saying “mild yet deadly”. Said to be another variation of the so-called SARS-CoV2 virus, it followed the so-called delta variant in which nobody knows how to identify and characterize. All across the scientific and medical community, professionals and experts of different fields or disciplines are talking about this. However, the biggest question not so much of them ask is: are there really variants of an infectious germ or virus spreading and infecting people’s bodies? If so, where is the valid scientific evidence for this? Where is the actual isolated and purified SARS-CoV2 pathogen? And lastly, how do we test for these variants and where is the specific testing equipment that we are using for this purpose to know how the infection really looks like?

One of the right people to answer these questions is, of course, a virologist itself. And, most especially, virologists who conducted their own independent study and experiment related to the questions asked above. One of the virologists who did this is Dr. Stefan Lanka. Dr. Lanka, also a molecular biologist, is supported by many experts such as Dr. Andrew Kaufman and Dr. Thomas Cowan because his scientific works have been proven to be valid and factual. One of the examples that we can mention here is his 2017 case in a higher court in Germany in which he won a legal battle for proving that measles is not caused by a virus. The German justice system, after Dr. Lanka disagreed with the lower court’s decision and brought the fight to the higher court, finally admitted that Dr. Lanka was correct: no one can prove the existence of the so-called measles virus.

In one of his presentations, Dr. Stefan Lanka clearly explained why many scientists have misinterpreted the findings in the laboratory. As he stated:

“My thesis is not complex: all claims about viruses as pathogens are false and are based on easily recognized, understandable, and verifiably false interpretations. The true causes of the diseases and phenomena attributed to viruses now have a different explanation, and not one that is much clearer than the current pseudo-explanations. This is because while scientists in laboratories think they are working with viruses, in fact they are only working with certain components of dying tissues or cells acquired under very special circumstances. Their basic belief is that these tissues and cells die because they are infected with a virus.

In reality, these laboratory tissues and cells die because they are starved and poisoned as a result of the methodology of testing per se. Virologists mainly believe in the existence of viruses because they administer to the tissues and cells supposedly “infected” blood, saliva, or other presumably “infected” body fluids, and this, it must be emphasized, then on top of the cessation of nutrient solution and after the initiation of poisoning by toxic antibiotics. The great insight, however, is that the tissue and those cells would also die, and do so completely on their own – even without the addition of the supposedly ‘infected’ materials.”

Meanwhile, on their “statement on virus isolation”, Dr. Andrew Kaufman and Dr. Thomas Cowan also clearly demonstrated the fallacy of the claim that the alleged pathogen SARS-CoV2 has been isolated and purified. Explaining how the proper scientific process should be carried out, they wrote:

“In as concise terms as possible, here’s the proper way to isolate, characterize and demonstrate a new virus. First, one takes samples (blood, sputum, secretions) from many people (e.g. 500) with symptoms which are unique and specific enough to characterize an illness. Without mixing these samples with ANY tissue or products that also contain genetic material, the virologist macerates, filters and ultracentrifuges i.e. purifies the specimen. This common virology technique, done for decades to isolate bacteriophages1 and so-called giant viruses in every virology lab, then allows the virologist to demonstrate with electron microscopy thousands of identically sized and shaped particles. These particles are the isolated and purified virus.

These identical particles are then checked for uniformity by physical and/or microscopic techniques. Once the purity is determined, the particles may be further characterized. This would include examining the structure, morphology, and chemical composition of the particles. Next, their genetic makeup is characterized by extracting the genetic material directly from the purified particles and using genetic-sequencing techniques, such as Sanger sequencing, that have also been around for decades. Then one does an analysis to confirm that these uniform particles are exogenous (outside) in origin as a virus is conceptualized to be, and not the normal breakdown products of dead and dying tissues.2 (As of May 2020, we know that virologists have no way to determine whether the particles they’re seeing are viruses or just normal break-down products of dead and dying tissues.)”

If all the involved scientists and the media truly listen to what these three experts are saying, it will be easy for all of us to solve this current problem we are having. Looking at all the scientific papers just like what these three independent scientists are doing, it’s clear that there was no proper or valid scientific experiment that proves the existence of SARS-CoV2; including the proof of causality and transmission by exposing healthy subjects (animals) to the said pathogenic agent (which has never been isolated and purified); confirmed by clinical and autopsy findings. According to these experts, these steps have never been done not only to SARS-CoV2 but also to other so-called infectious viruses as well. As they have concluded, their research “indicates that a single study showing these steps does not exist in the medical literature”.

“…since 1954, virologists have taken unpurified samples from a relatively few people, often less than ten, with a similar disease. They then minimally process this sample and inoculate this unpurified sample onto tissue culture containing usually four to six other types of material — all of which contain identical genetic material as to what is called a “virus.” The tissue culture is starved and poisoned and naturally disintegrates into many types of particles, some of which contain genetic material.

Against all common sense, logic, use of the English language and scientific integrity, this process is called “virus isolation.” This brew containing fragments of genetic material from many sources is then subjected to genetic analysis, which then creates in a computer-simulation process the alleged sequence of the alleged virus, a so-called in silico genome. At no time is an actual virus confirmed by electron microscopy. At no time is a genome extracted and sequenced from an actual virus. This is scientific fraud.”