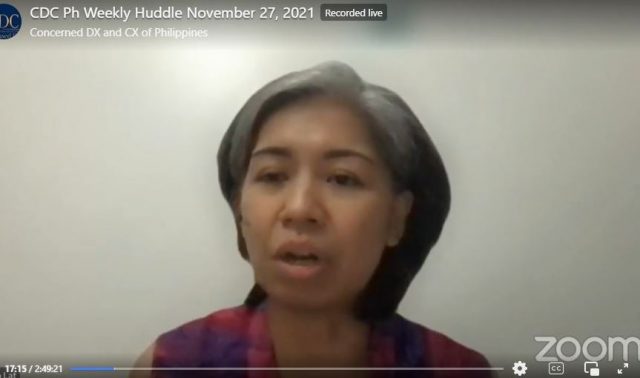 On November 11, 2021, the Inter-Agency Task Force for the Management of Emerging Infectious Diseases (IATF) has issued Resolution No. 148-B, effecting December 1, 2021. The resolution pressures all Filipino workers to take the COVID vaccine as if it is mandatory. It created a panic among the “vaccine-hesitant” public, even causing many workers to finally take the jab for a fear of losing their work or undergoing expensive regular RT-PCR tests. Because of these, representatives from various groups of different sectors of society expressed their resistance to the said resolution.

One of the groups which are now loudly and consistently speaking out against the coronavirus scandal in the Philippines is Covid Call To Humanity. Represented by one of its lawyers named Tanya Katina Lat, the group presented in an online forum that was held last November 27, 2021, and facilitated by the Concerned Doctors and Citizens of the Philippines (CDCPh), another group of doctors, health professionals, and ordinary citizens which aims to provide alternative solutions such as providing prophylaxis to “avoid hospitalization and death, and to lift all lockdowns and allow the healthy to work and apply focused protection”. Speaking about the validity of IATF’s resolution, Attorney Lat explained:

Attorney Tanya Lat, also a professor at Ateneo Law School and the Executive Director of the Philippine Association of Law Schools (PALS), highlighted many problematic parts from the IATF’s new resolution which seemingly designed to force Filipino workers to get the vaccines, including the undergoing of every unvaccinated worker to weekly RT-PCR test, which has long been dismissed by many scientists to be “scientifically meaningless and irrelevant”, at their own expense. This is very pointless and unfair, according to Attorney Lat, as it legalizes discrimination for no reason because there is no distinction between the vaccinated and the unvaccinated as both can still get COVID, can transmit it, and even die from it. That’s according to their narrative itself. According to Attorney Tanya Lat:

“There is no distinction between the vaccinated and the unvaccinated because both can spread and get COVID and can transmit COVID. They are making the distinction to increase the demand (of the vaccine), to force people to take the jab. It’s really that. And they are thinking that they can get away with it if no one will fight or oppose them…

Another very disturbing part of the resolution also states that “only government health agencies can issue medical clearances that will serve as “sufficient and valid proof of ineligibility for vaccination”. This violates both the patient’s medical rights and the doctor’s rights; their freedom to practice and conduct their own examination and diagnoses. As to the reason why the government is pushing the agenda so hard, Attorney Lat stated:

“The news here is that most of the vaccines that have been secured (by the government) will expire by the end of December. So they have to finish all the stocks because some people will “pay” if the stocks are not finished. That was the news that I was told about…

It’s not so much for public health, it’s for increasing demand. So that’s the first one. The purpose is already a suspect.”

Another misleading conclusion declared by the IATF resolution is that the COVID vaccine is “safe and effective”. This is simply not true. According to the Food and Drug Administration’s (FDA) data itself (attached below) which was published on October 2021, there were tens of thousands of adverse reactions reported in the country’s roll out. This also includes many deaths. With regards to why the government still continues to roll out the vaccination despite these reports of COVID vaccine injuries, the lawyer continued:

“The brainwashing is so intense; people have really bought into this. The Supreme Court has issued through the Office of the Court Administrator and the Office of Administrative Services directives to follow IATF’’s resolution No.148-B. So we lawyers shook our heads asking, are these people really thinking? They think it’s an administrative matter; they think it’s just a matter of implementation that’s why we really have to fight it…

We cannot simply accept that this is true, because what was said in this resolution is very dangerous and very wrong…”

And as to why the IATF’s new resolution is unlawful and violative to the human rights, Attorney Tanya Lat explained one of the reasons why:

To listen or watch the full CDC Ph online forum, go to this link: