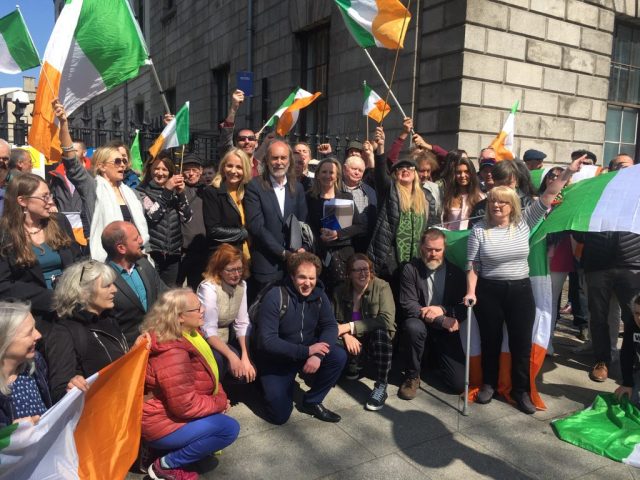 In Dublin, Ireland, investigative journalist Gemma O’Doherty, along with her colleagues, have received a reply from the Irish government admitting that they cannot provide the scientific papers requested by O’Doherty’s group related to the proof of isolation, purification, characterization, and Koch’s postulate of the so-called SARS-CoV2 infectious agent claimed to be causing COVID-19. In a video post last August 6 on her website entitled “Eight Months On, The Government is Still Unable to Produce Any Scientific Proof That Covid Virus Exists”, O’Doherty explained the content of the document sent to them. According to her:

“Yesterday we were here asking why it was that the agency, the National Public Emergency Health Team, headed by Dr. Tony Holohan and minister for health, Steven Donelly (?), why it was that they had refused to provide an answer to freedom of information (FOI) request that we have put in several months ago asking if the Department of Health and the HSE (Health Service Executive, a publicly funded healthcare system in Ireland) could provide proof that the virus SARS-CoV2 / Covid19 actually exist; that it has been isolated in a lab. They had broken the legislation in relation to our freedom of information (FOI) request; they had failed to provide a response within the deadline…”

O’Doherty then went on to continue:

“As part of our legal action we had been demanding the evidence that this virus actually exists [as well as] evidence that lock downs actually have any impact on the spread of viruses; that face-masks are safe, and do deter the spread of viruses – They don’t. No such studies exist; that social distancing is based in science – It isn’t. It’s made up; that contact tracing has any bearing on the spread of a virus – of course it doesn’t. This organization here – NPEHT is making it up as they go along.”

This is not the first time in history that government health agencies have admitted that they cannot provide such document describing the processes in which the (theoretical) SARS-CoV2, or any viruses for that matter, has been or can be determined in many proper and scientific ways. In fact, the original inventor of the PCR, Dr. Kary Mullis, also asked the same kind of essential questions, as a genuine and professional scientist does, regarding the claim “HIV causes AIDS”. Despite decades of questioning, Dr. Mullis has never received any valid answer to this haunting nightmare (created and maintained by scientific and medical bureaucrats) the world is still having.

As read by O’Doherty, the reply of Irish Health Department o HSE went on as:

“Following consultation with my colleagues, both from the scientific and medical areas of the HPSC can confirm that we withhold no records in relation to your request. These are the reasonable steps I have taken to ascertain the whereabouts of existence of such records and unfortunately, I must inform you that having undertaken these searches, we were unable to locate the records in question. I am satisfied that all reasonable steps have been taken to locate the record that you have requested and must refuse, therefore, your request.”

Another example similar to this in which the world must pay serious attention to is the case of Patrick King in Alberta, Canada. Just recently, a victorious court battle occurred in Alberta, Canada; paving the way for a perfect example of a strong defense strategy that can be used by ordinary citizens in legally fighting the corona scam protocols. By standing up against Alberta government’s protocols, which are meaningless and not scientific in any way, Patrick King, an ordinary father and worker, forced the government to admit that scientific proof for SARS2 doesn’t exist. On the request, King demanded to his accuser to provide evidence for the virus, SARS2, which justifies his alleged violation. And just because the Canadian health ministry hasn’t been able to provide the document, Patrick King had won and might be able to help lift all the baseless restrictions.

Meanwhile, on the later part of the video, O’Doherty then left these very important questions:

And finally, what parents could allow their child to be vaccinated with a new vaccine which has never been tested on animals, a treatment designed to protect against the virus which has never been isolated, is highly experimental, and by definition, is a very serious risk to health? And we know that many people who’ve got this vaccine have ended up dead in some cases, and have ended up very very unwell. Some of them have been paralyzed…”

Watch the full video on these links: