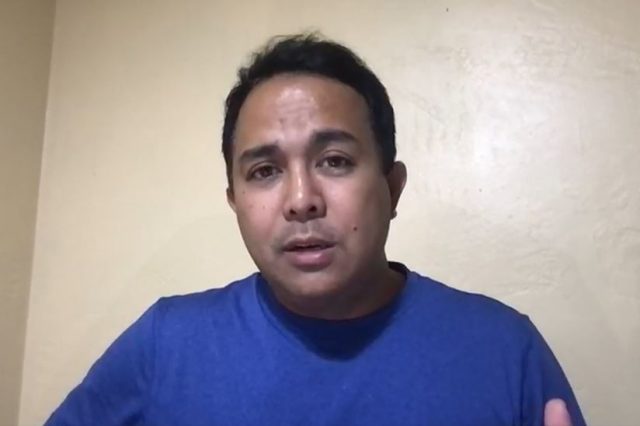 The Filipino doctor of physical therapy, Dr. Ronald Samaniego, has again belligerently called out President Rodrigo Duterte’s administration for aggressive roll out on Covid vaccines despite reports of the current global trial, such as from VAERS (vaccine adverse events reporting system) through the Centers for Disease Control and Prevention (CDC), show tens of thousands of deaths (officially reported only, as there are unreported cases surfacing and circulating regularly on social media platforms) and more than a million injury reports (50%  serious) coming from the United States, Europe, and several Asian countries.

In his recent videos, Dr. Samaniego ranted about several news and questions that were sent to him through SMS, mostly regarding vaccines and coronavirus scams. Some of his correspondents, according to Samaniego, experience a sort of coercion; both subtle and aggressive. He also relayed how one of his audiences helplessly asked for advice as either to get the vaccine or not because they were threatened by the local baranggay officials. Broadcasting from abroad, Dr. Ron Samaniego reached out to his fellow Filipinos in the Philippines while also calling out the silence and passivity of many lawyers to the obvious abuse of power and corruption by Duterte’s administration, in cahoots with doctors committing medical fraud which could constitute crimes against humanity. Dr. Samaniego stated:

With completely valid viewpoints on the marketing of these vaccines, Dr. Samaniego also called out politicians who profit from this very sinister “magical drug” as they use deceptive persuasions and aggressive advertising even though they have no proof to their claims whatsoever (safe and effective). In fact, what is happening is the opposite. Many Filipinos knew that the vaccine is useless and that many who got the shots still tested positive. Few of these instances have been reported in the local mainstream news, including 82 police personnel in Quezon City of Luzon. Dr. Samaniego also claimed that there have been so many cases of death and injury left unreported in the government’s system, add to that are the people who died from “unexpected causes”. On why many Filipino people decline vaccination, he then tried to explain while also leaving provocative questions:

“It’s because these vaccines have never been truly tested before that’s why it’s not guaranteed safe! These are not FDA approved, they’re still under experiment. We don’t know what will happen after 2 or 3 years because it’s a new vaccine; all I know is that they keep on pushing this to people. Why? What’s the hidden agenda? Why do you need to push it hard, how much will you get from it?”

In terms of prevention, many experts from around the world recommend boosting the immune system through taking vitamins, exercising, proper diet, having enough rest, minimizing psychological stress, spending time in a natural environment, and even breathing freely without a mask. This is not uncommon knowledge to many Filipinos. Most politicians in the Philippines, however, keep on emphasizing things that are opposite to these recommendations and totally unhealthy to a person. In addition, there are also many doctors in Manila recommending human grade ivermectin, an anti-parasitic drug completely proven to be effective prophylaxis and cure. But interestingly, the administration still allows the country’s health department and the media to instil depressive messages to the Filipino people by keep on reporting fake data 24/7. And with all these fear mongering, disease inducing reports, the administration recommends nothing but to stay at home, follow the protocols that are unscientific and wasteful, and of course take the vaccines. Therefore, Dr. Samaniego challenged the administration:

“If you really want to make people healthy and safe, why don’t you prohibit junk foods, liquor, and cigarettes? Force people to make a healthy living, to start living in a healthy way if you really want to save the country. But the thing is you don’t do it. Instead, you keep on pushing the vaccines, you keep on advertising them and then you ostracize those who don’t want to get it. You keep on disputing (without proof); you keep on censoring videos like this one because you receive money from pharmaceuticals…”

Echoing the reports from many transparency websites such as from Open Secrets, Dr. Ron Samaniego also addressed big pharmaceutical’s role in financing the politicians in their election campaigns. During election campaigns, big pharma provide millions of dollars to candidates of both parties, the left and the right in exchange of their lobbying favors and other nasty agenda. This is the reason why both wings of the same vulture uphold the official narrative and promote the poisonous vaccines ever since the beginning. Therefore Dr. Samaniego called this out:

“We know that you’re a politician and you need money to get re-elected; that’s what you’re up to. So where do you get the money from? Of course from the people who love to give. So who are the givers during these days? Nothing but pharmaceuticals like Pfizer, Astra Zeneca, and even Bill Gates (through the Bill and Melinda Gates Foundation), etc. They will provide money as long as you obey them; as long as you buy their vaccines (using tax money) for your country, they will take care of your election campaign.”