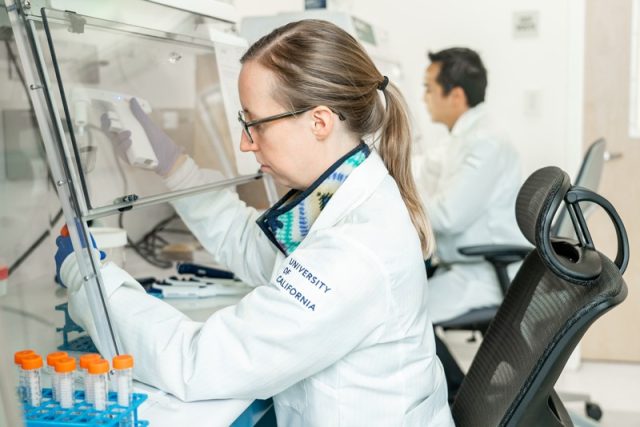 On July 21, the Centers for Disease Control and Prevention (CDC) has issued a “laboratory alert” notice, ordering all “individuals performing Covid-19 testing” to “consider adoption of a multiplexed method that can facilitate detection and differentiation of SARS-CoV-2 and influenza viruses”. According to the agency:

“After December 31, 2021, CDC will withdraw the request to the U.S. Food and Drug Administration (FDA) for Emergency Use Authorization (EUA) of the CDC 2019-Novel Coronavirus (2019-nCoV) Real-Time RT-PCR Diagnostic Panel, the assay first introduced in February 2020 for detection of SARS-CoV-2 only. CDC is providing this advance notice for clinical laboratories to have adequate time to select and implement one of the many FDA-authorized alternatives.”

“Such assays can facilitate continued testing for both influenza and SARS-CoV-2 and can save both time and resources as we head into influenza season. Laboratories and testing sites should validate and verify their selected assay within their facility before beginning clinical testing”.

And so not so many of us know that just like the current Covid gene therapy shots, deceptively called vaccine as some say, this RT-PCR is also not FDA approved for “legitimate” use and in the first place, mistakenly or perhaps intentionally misused as diagnostic testing tool for the still unproven SARS2 infectious agent. EUA is a fancy term for allowing any “unapproved” medicine, medical equipment, or any medical experiment for that matter.  As Brian Shilhavy, the editor of Health Impact News (HIN), wrote:

“At the time of publication of this article (July 25), the FDA has issued 251 EUAs for COVID-19 diagnostic tests since April 1, 2020. The vast majority of them are for the RT-PCR tests, including about 20 that were just issued EUAs since the beginning of this month, July, 2021. The cash cow for these tests and the hundreds of companies that got rich selling them will now have to move on to the next phase to be able to cash in.”

By this announcement, therefore the CDC just admitted that many of the so-called COVID-19 cases from 2020 could not be distinguished from the usual “flu cases.” In many places, flu cases decreased to zero that’s why one can speculate that there is a direct connection. But will the governments find it out and stop using these diagnostic testing that are bogus? Or will they take the opportunity to exert more pressure to the masses and make things always favourable to them? According also the HIN’s report:

“The U.S. has reported more than 34.4 million cases of the coronavirus since the pandemic began in 2020 and more than 610,000 deaths. But while cases of COVID-19 soared nationwide, hospitalizations and deaths caused by influenza dropped.”

However, the most important question really is: does the PCR test detect infectious agents known as virus? Because the fact is that many experts are skeptical about this test for diagnosing a disease, let alone for a highly contagious agent. In fact, the inventor of this, Kary Mullis, has repeatedly warned health officials and the public not to rely on his invention for identifying and understanding a so-called disease because that is not the right purpose for this. According to him, the intended use of the PCR was “to apply it as a manufacturing technique, being able to replicate DNA sequences millions and billions of times, and not as a diagnostic tool to detect viruses”.

This is why there are now probably thousands, if not millions, of people protesting about the use of RT-PCR for diagnosis. Even in Bulgaria last year, the Bulgarian Pathology Association (BPA) released a statement informing the public that the “PCR tests used to identify so-called COVID-19 patients presumably infected by what is called SARS-CoV-2 do not have a valid gold standard to compare them with”. They went on saying:

“This is a fundamental point. Tests need to be evaluated to determine their preciseness — strictly speaking their “sensitivity” and “specificity” — by comparison with a “gold standard,” meaning the most accurate method available. As an example, for a pregnancy test the gold standard would be the pregnancy itself. But as Australian infectious diseases specialist Sanjaya Senanayake, for example, stated in an ABC TV interview in an answer to the question “How accurate is the [COVID-19] testing?”: If we had a new test for picking up [the bacterium] golden staph in blood, we’ve already got blood cultures, that’s our gold standard we’ve been using for decades, and we could match this new test against that. But for COVID-19 we don’t have a gold standard test.”

“The RT-PCR test also appears to have its problems. Its inventor, Kary Mullis, who received the Nobel Prize for inventing the PCR manufacturing technique, is reported to have said that it was for research purposes only and not for medical diagnosis. An 80% false positive rate was reported from China in March 2020.”

In package inserts of some brands, particularly of the RT-PCR Test Code 39433, the manufacturers noted:

“The agent detected may not be the definite cause of disease…

Negative results do not preclude SARS-CoV-2 infection and should not be used as the sole basis for treatment or other patient management decisions.”

In addition to that, Dr. Mike Yeadon, former Vice President and Chief Scientist from Pfizer for 3 decades, also stated:

“There is a test that’s performed with people have their noses and tonsils swabbed and then a test called the PCR is performed on that and what they’re looking for isn’t the virus. You might think it’s looking for the virus but it’s not. What they’re looking for is a small piece of genetic sequence called RNA. Unfortunately, that bit of RNA will be found in people’s tonsils or nose not if they’ve just caught the virus and they’re about to get ill or they’re already ill.

The PCR test is not able to detect whether the viral RNA has come from a living virus or a dead one… so I think a large proportion of the so-called positives are in fact what I call ‘cold positives’.”

This is why the lawyer Dr. Reiner Fuellmich and his colleagues are still urging group of lawyers and professionals around the world who are interested to participate in a class action suit to step up and take action using the PCR as the main ground for legal complaints. As thousands are now filing a petition, including hundreds of doctors and scientists, to stop the rollout of all Covid vaccine due to serious side effects which include disability and deaths, Dr. Reiner Fuellmich and his team are inviting every interested individuals to stop this global medical scandal and martial law by taking legal actions and sue the corporations, the governments who are helping them, and the private individuals who profit massively from this obviously orchestrated catastrophe.