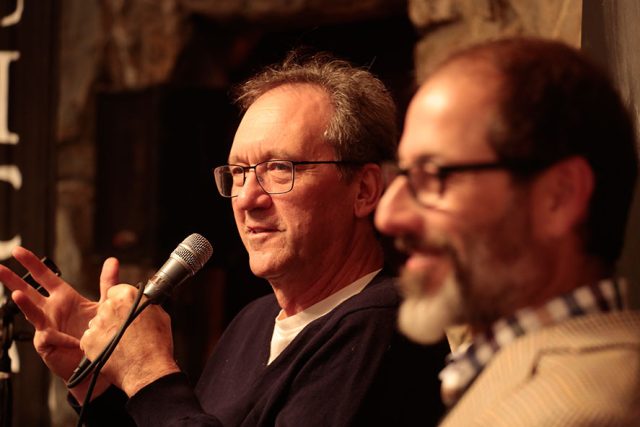 Dr. Tom Cowan and Dr. Andrew Kaufman have again published another very informative video discussing how the fraudulent process of the so-called virus isolation and genetic sequencing has been done for the SARS-CoV2 by the institutions upholding the official narrative of this fake pandemic. In this special episode, the two explained well how unscientific the current process is for finding a pathogenic virus as the scientists responsible cannot really demonstrate it following the proper way of isolation, purification, identification, and characterization of a so-called infectious agent. At the beginning of the presentation, Dr. Cowan articulated that the proper way of “maceration, filtering, and ultra-centrifugation” has never been done not only in SARS-CoV2 but with any so-called pathogenic viruses. According to him:

“In the history of published science, medicine, and virology, there is not one example that you can take a sick person or an animal and show that that sick person or animal has the same morphology (meaning shape and size) of any pathogenic virus in any bodily fluid. Whether it’s from the lungs or the snot or the blood or the cerebral spinal fluid, there simply is no case that that’s how it’s done. In other words, if you take somebody with polio or measles, you cannot look at any of their fluids and find thousands, hundreds, millions of identical particles, same size, same shape, same genome; that has never been done.”

“All 58 governments agree, 15 different institutions like the CDC, the Robert Koch Institute (RKI), and the Pasteur Institute, all agree with that. They say that is not how we find viruses. We cannot look in any fluid of any sick people and find identical particles that we would properly call viruses.

I would also point out that this is not because that viruses, meaning particles that have a protein coat with a genetic core of that size, cannot be found because that’s simply not true. For decades, we’ve been able to find so-called bacteriophages with same size, same morphology, they have protein coat, genetic interior, and we can isolate them and purify them directly from bacterial cultures. Stefan (Dr. Stefan Lanka) found a so-called giant “virus” in sea algae exactly that way.”

Making it clear that tiny particles as such can really be proven, he then added:

“Exosomes can be found same size, same morphology, and same type of genetic material in exactly this way. Taken directly from a sick person, macerate, filter, ultra centrifuge, show the morphology, characterize the genome. And it’s simply not able to be done with any pathogenic virus. The other people who agree with that are virologists who say there isn’t enough virus from a sick person to actually find it in this way.”

Dr. Cowan then claimed that through Freedom of Information (FOI) request, they have asked for the scientific paper describing “the isolation and purification and characterization of any SARS-CoV2 virus from any human being with so-called Covid19” from “58 different government health agencies” but none of those agencies provided the paper until now. Not only that, according also to him, they have also requested the same document for HIV, zika, ebola, and measles and yet none of the institutions can provide that document.

So, does it mean that there is really no valid scientific proof for these alleged viral infections that we’ve been told to be afraid of for decades? To many, this is confusing. The only way it would make sense is for one to think that the institutions and scientists responsible for this current medical fiasco are lying. But if those statements aren’t enough to convince a person, one should ponder what Dr. Cowan said in his following statement. With strong conviction, he relayed this story:

“Andy (Dr. Andrew Kaufman) and I happened to be on a call with a gentleman who was there sort of to debunk us; who was a senior virologist, at least that’s how he was introduced from this Chinese CDC in Wuhan and then a Yale virologist.

And we asked: can you find the SARS-CoV2 virus from any fluid from any person with Covid? And he said “no”, there is not enough to see, he said. “You have to concentrate it”. So Andy asked him: what if he put 10 people with Covid, could there be enough to see? And he said “No”. And Andy asked him: what about a hundred people? And he said “No”, you have to concentrate it. And then we asked him, what about ten thousand people? And he said “No” and then he wouldn’t answer for a million people. But the point is nobody thinks you can find a virus directly from the fluid; any fluid of any sick person. Every virologist would say that is not possible, that is not how we find viruses. So we should be all very clear about that and not make that a mistake.”

Meanwhile, during his part Dr. Andrew Kaufman explained why the genetic sequencing of SARS-CoV2 is very unreliable; claiming that the process is inappropriate, adding that it was only pure in silico, meaning a computer generated genetic sequence. Elaborately, Dr. Kaufman stated the following:

“So the most important point to tell you about how they do genome sequencing of viruses is that they do not follow the procedure that they did for humans. In other words they do not start with the virus, and then take the genetic material out of the virus to sequence. So I can tell you that scientifically speaking… there’s no other way that could possibly exist to get the sequence, the full genome sequence of an organism. So the most important thing is that they’re not actually taking this genetic material directly from a virus.”

Talking about the proper way, he continued:

“It starts with clinical samples on the top, ultra centrifugation, density gradient and then pure virus particles; that’s the appropriate way to do the sequencing. In other words you purify out the virus first, and then next is says extract viral nucleic acids. So you’re going to basically take those directly from the purified virus. If they use this technique, in that manner, it would be proper. But that’s not what they do. They don’t really semi-purify or enrich really at all, they just remove the cellular debris so that all you have is RNA and other molecules in the solution. But they do not purify out and you actually have genetic material from, probably at least, around a 100 different organisms.

You’d think if they’re going to sequence the genome of a virus, they might, and especially given as Tom described that the virus particles are in such a tiny amount in the fluid, you’d think they would do it from more than one person. But actually this comes from just one single individual who had respiratory symptoms consistent with an atypical pneumonia then had a meaningless PCR test result positive for Covid-19. So they took the lung fluid from just that one single individual and they extracted the RNA, and that includes the RNA from every single organism that was present in that lung fluid; so bacteria, fungi, and human cells and then any other contaminants that might be in there…”

To see the full video, go to this link: