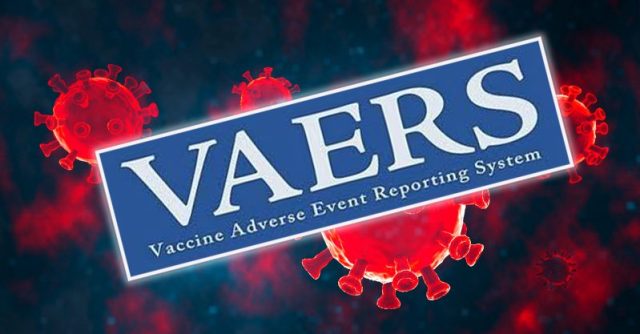 Instead of reporting the real results of using the unapproved vaccines against the so-called SARS-NCoV2, a virus believed to be causing a disease called Covid19 in which no health institutions around the world can really provide real scientific evidence, governments are silent and even in denial; still touting it while also luring people to get the jab by offering all sorts of “prizes” for complying. But behind the outright lies being perpetuated by the big pharma funded government health agencies and its puppet the mainstream media, reports from the EU and the US coming from government data itself – CDC’s VAERS (vaccine adverse events reporting system) and EudraVigilance (EU’s database of adverse drug reactions for COVID-19 shots) – show that there are now at least 17,503 deaths and 1.7 Million injuries (50% are serious) recorded since the roll out of these toxic shots.

Meanwhile in the US, as half of the population has already been vaccinated since its roll out more than 6 months ago, tens of thousands of victims maimed by this vaccine are now speaking out with regrets while begging for the medical community to help them, according to Health Impact News (HIN). On the HIN website, Brian Shilhavy reported:

“The medical community by and large has turned their backs on them, which is really what they have done for the past 40+ years with all vaccine injured people, most of whom have been children prior to the COVID-19 shots.

As Big Tech, the Biden Administration, Hollywood, politicians, employers and health care providers around the nation galvanize the public to undergo Covid vaccination, the number of casualties who have died or suffer life-threatening effects from the experimental mRNA injections continues to climb. Those who don’t want to be herded into the mass drug trial are told to just “get on with it” so we can “safely” move on with our lives. Despite the unrelenting effort to censor “vaccine hesitancy,” thousands who are experiencing the vaccines’ ill effects are resorting to a private Facebook group to sound the alarm on the medical malpractice.

In post after post, over 29,500 members of “The COVID 19 Vaccine Victims & Families Group” detail the horrific health abnormalities they have suffered, including strokes, blood clots, excessive bleeding, needle-like pain in their limbs and paralysis, after receiving Moderna, Pfizer, Johnson & Johnson and AstraZeneca vaccines.”

It is important to note that these deaths and serious injuries are not only happening in Europe and in America but also in many parts of Asia. Largely ignored by the mainstream media, reports of deaths caused by Covid shots also surfaced in social media such as in places like Hong Kong, Indonesia, and the Philippines. Government health agencies and hospitals, however, are still not acknowledging that these adverse events are directly caused by the vaccines even though vaccine manufacturers themselves list them as side effects. Adding to the diabolical plot is the government’s plan to make the jab compulsory, making it an important requirement (vaccine certificate/passport) for almost every essential human transaction such as buying, traveling, attending public events, attending school, etc. In some countries in Europe, however, governments have already announced the implementation of this draconian measure; causing public protest all over the continent such as in Greece, Germany, Italy, Spain, and France.