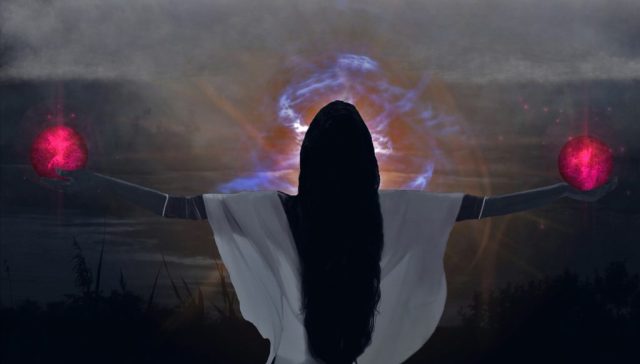 To many, the term “new age” is quite ambiguous and somewhat confusing. But this is simply a term used to identify certain types of people who are combining different religious beliefs and philosophies from different ages and cultures; embodying these beliefs even though they are contradictory. This is also the term used for modern believers of esoteric and occult practices such as astrology, tarot reading, palm reading, spirit channelling, psychic reading, and other rituals taken from different ancient practices. Some of them combine the teachings of Christianity, Hinduism, Islam, and other religious doctrines while some also believe in extra-terrestrials and aliens as their so-called “ascended masters” who will “save humanity and establish one world order”. Most new age practitioners, however, are relativistic in their moral worldview, believing that “there is no right and wrong” and that there is no universal truth; that everything just depends on the individual’s interpretation or preference.

According to historians following this movement, the new age movement originated during the 1800s through the teachings of Helena Petrovna Blavatsky and later continued by Alice Bailey, starting from the 1920s. Their school of thought was also named the “theosophical society” in which they teach about the coming “new age” and the “one world religion” which combines three major Abrahamic religions: Christianity, Islam, and Judaism. In those early days, their gospels were being distributed through “Lucifer Publishing Company”, a publishing company founded by Alice Bailey in 1922. Many critics of the theosophical society claim that Blavatsky, Bailey, and their followers are conditioning the society to accept the “new world order” through a global religion. Other things believed to be part of the new age agenda are “universal credit card system, world water, food, and health authority, universal taxation, and universal military draft”.

During the counterculture era of the 1960s, the teachings related to the new age idea have also spread widely. This is because during these times people were exploring new ideas as a reaction and coping mechanism from the suppression and discontent they have experienced within the Western culture and tradition. As answersingenesis.org wrote:

“The counterculture became saturated with fringe ideas. Common were anti-materialism, utopianism, communalism, interest in the occult, and a rejection of traditional morality. All this helped to lay the groundwork for the emergence of the New Age movement.

Also during the 1960s, the West experienced an Eastern tidal wave. The most pervasive interest was in transcendental meditation, reincarnation, chanting, visualization, and the idea that all of reality was divine and sacred. These ideas would soon become pervasive in the New Age movement.”

Unsurprisingly, devout Christians are one of the groups that are highly critical to the new age movement. Devout Christians believe that new age teachings are an abomination and a perversion of “sacred wisdom”, therefore not “godly” but evil. Many Christian churches condemn new age influence on their society, claiming that it is “satanic” and an “agenda of the devil”. Some blame it on the influence of pop culture and the mainstream entertainment industry. For example, authors Josh Peck and Steven Bancarz claim in their book that new age organizations are connected to Satanism; using scientific theory such as quantum physics to promote their doctrines and agenda. The new age gurus teach all sorts of ideas connected to ancient practices such as “mindfulness” and other Eastern spiritual techniques using thoughts to “create their own reality”. And because new age ideas are no doubt very appealing to people, many leaders took advantage and became rich using it for their own selfish agenda.

It is important to understand that even though millions of people believe or even practice the rituals mentioned above, it is inappropriate to specifically pinpoint if they are really a new age believer. Labelling people as new agers just because they practice certain things that are commonly practiced in the new age movement is not valid. Many people believe in the paranormal but not necessarily because they also believe everything the new agers believe but because this is normal in their environment or it is the culture that they’ve lived with since they were young. For example, statistics in the US show that 32 percent of the population believe in some kind of paranormal phenomena but not necessarily this entire 32 percent are aware about the new age practices, let alone believe everything what a typical new ager believes. Even though the term new age movement seems concrete and can really be used to identify some groups or individuals, on the other hand we mostly really cannot judge the totality of one’s belief.