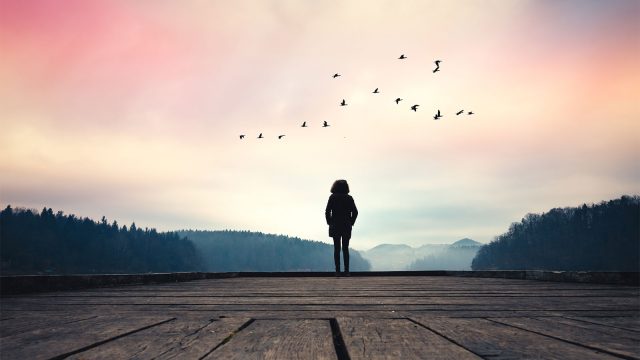 There are many reasons why people believe in the law of attraction (LOA). First, we all need to have a sense of meaning, purpose, and a sense of assurance that we have control on our environment. However, many people do not realize that believing in LOA also denies many important aspects of our intellect and judgment; often mislead us to a loss of common sense and rationality. First, the belief that just by having a positive mindset and intense focus on anything we desire to have, even to a complete obsession, we can easily get them without so much effort. Interestingly, many people fall for the promise of wealth and material abundance in their lives. Just through visualization ability, many followers of the LOA school of thought believe that their dream of financial abundance can come true no matter what circumstances may happen on their environment or regardless of other people’s decisions that may affect their business. For example, Rhonda Byrne, the author of very famous book The Secret once quoted:

“If you think you can then you can.

There is no such thing as a hopeless situation. Every single circumstance of your life can change!”

LOA believers would mostly be in denial that sometimes, we don’t have control over things or events therefore they have to make efforts to keep themselves on the focus. No one seems to question: does the universe really favors others to get excess resources and give them millions of dollars reward while others starve to death? Hypnosisdownloads.com explains well about rationality and pointed out its connection on the so-called “placebo effect” which many LOA believers invoke to justify and validate themselves regarding their “believed” experience as a result of their visualization technique:

“Our legitimate human emotional needs for purpose and control can make us willing to subscribe to dubious ideas or movements because they meet the need, and meeting the need can feel vastly more important than questioning the basis of the idea. And if those ideas continue to meet that need, we are most reluctant to abandon the belief, however shaky a foundation it may have.

Like all seductive ideas, there really is a grain of truth in the Law of Attraction. But this ‘secret’ has taken a tiny particle of truth and turned it into a huge belief industry all of its own… The power of optimism and placebo (and its evil twin nocebo) are well documented. But something which is partially true in some contexts can turn dangerous when held to be absolutely true in all contexts.”

Another reason is that belief is viral. The manier people believe it, the more it can seem to be true even if it is not and obviously denies even simple or basic logic. For example, just because celebrities and politicians are famous, many believe them, thinking that they are always telling the truth. Research even shows that obsessive visualization can be an obstacle itself; hindering and making a person less motivated to really make effort and learn from the actual dynamics or application. There is nothing wrong about desiring success and working for something if it isn’t going to harm others or yield negative results to people’s lives including your own but becoming blindly obsessed, greedy, and religiously dogmatic is obviously not healthy and somewhat stupid. Of course, sometimes there are limitations. However, as Janice Trachtman said “everything is within your power…” or as Joe Vitale said that “this is like having the universe as your catalog”. The fact is, there’s a big reason why organizations and institutions use or even develop their own risk assessment and management strategies and other adaptive measures on their projects so that solutions can be provided for its sustainability.

Speaking about the placebo effect, the current researches show that one factor contributing to this phenomenon is similar with Pavlov’s classical conditioning, the “association between two stimuli resulting in a learned response”. In this experiment, the dog is given food every time he hears the bell ring, therefore the dog associated that sound to eating in which makes him salivate. Other things that are said to be involved are hormone response, expectation (expecting a positive result contributes to effective treatment), behavioural, verbal (listening to encouraging and positive words for example), social (peaceful environment or at least with less stress and distractions), and genetics. All of these factors are said to be affecting the treatments observed in the participants of the studies. As written by verywellmind.com:

Regarding the data about the neurochemistry, verywellmind.com also wrote:

“One possible explanation is that taking the placebo triggered a release of endorphins. Endorphins have a structure similar to morphine and other opiate painkillers and act as the brain’s own natural painkillers. Researchers have been able to demonstrate the placebo effect in action using brain scans, showing that areas that contain many opiate receptors were activated in both the placebo and treatment groups. Naloxone is an opioid antagonist that blocks both natural endorphins and opioid drugs. After people received naloxone, placebo pain relief was reduced.”

Today, the placebo effect is still being studied on treating depression and other mental health issues. In addition, it is also being studied in pain management and symptom relief, especially among the cancer survivors. Though this can have a significant impact on the person, there are no scientifically guaranteed facts as for now demonstrating that it can cure an illness. It can only affect a person’s feelings but it has no significant impact on illnesses. Therefore, one cannot use the phenomenon of the placebo effect in justifying their beliefs related to LOA as there is no objective research demonstrating it as a fact. Placebo effect is only being studied in the treatment and medical settings but not in any LOA facility whatsoever. Many experts think that these anecdotal testimonies do not really prove the validity of LOA. And lastly, at least as what the studies show, the placebo effect is not really hundred percent observable in any instances. As verywellmind.com explained about the placebo effect:

“A major review of more than 150 clinical trials involving placebos found that placebos had no major clinical effects on illnesses. Instead, the placebo effect had a small influence on patient-reported outcomes, particularly of perceptions of nausea and pain. However, another review conducted nearly 10 years later found that in similar populations, both placebos and treatments had similar effects. The authors concluded that placebos, when used appropriately, could potentially benefit patients as part of a therapeutic plan.”