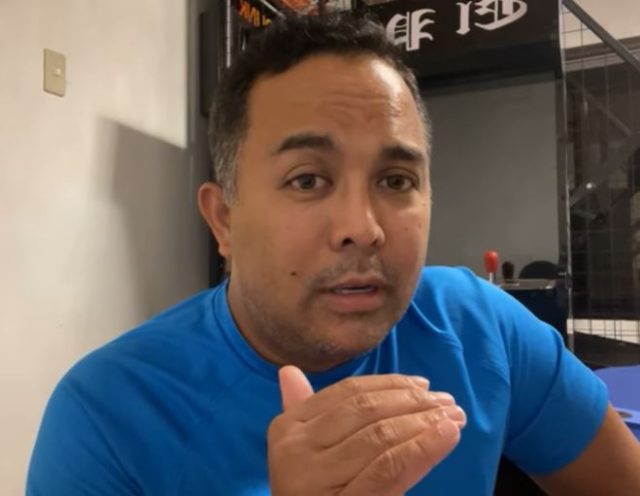 The doctor of physical therapy, Dr. Ron Samaniego, appealed to the Philippine National Police (PNP) to “stand up and exercise their rights if they want to refuse vaccination”. This is following President Rodrigo Duterte’s statement just a couple of weeks ago regarding Filipinos who are hesitant about getting the Covid shot. Obviously unethical, the president threatened the public, including his avid supporters, to face arrest if they refuse to take the jab. However, the country’s Justice Secretary, Mr. Menardo Guevarra and PNP Chief Gen. Guillermo Eleazar released a statement assuring the public that there is no legal ground for what the president is claiming. Therefore, Dr. Samaniego was correct when he stated:

“Even though the president, when he said he will get you arrested, he cannot do that. There is no basis on that, don’t get intimidated. It’s all in our constitution, we have the rights, and we have the right to refuse. If you don’t want to get the jab, don’t take it.”

In addition to this issue, Dr. Samaniego also revealed in his video that he received so many messages from different people asking him if he is going to take the vaccine. The reason according to him is that those people are panicking because officials and some authority figures in their barangay are pressuring them to take the vaccine. The people who asked him, Dr. Ron said, told him that if they don’t get the shots their names will be submitted to the police station and then the police will come and arrest them; echoing what the president has said either because of his ignorance of the law or that he intentionally black mailed the Filipinos. In some cases, Dr. Samaniego added, people are also being pressured by their employer even though it is not legal to make vaccination mandatory in the workplace. And worst of all, he was also informed that in some places, some people are being asked to pay 15,000 Php for the next jab schedule. Meanwhile, regarding the ethical connotation of these information he received, Dr. Samaniego said:

“If these rumours about Filipinos being pressured by the barangay workers and officials to get the vaccines by threatening them to be arrested if they don’t want to take the jab, that’s very wrong… very very wrong. We have human rights; don’t get pressured by those people…

Regarding the pressure from employer, Dr. Ron Samaniego advised his followers to file a complaint against the company to the Department of Labor and Employment (DOLE):

“Again, why would you believe your employer? They are not doctors. The DOLE has released a statement saying they cannot oblige workers to get the vaccine so file a complaint at DOLE. This is the best example to use DOLE to report the employers who force you. It’s time to use DOLE to punish the companies and corporations that force you on what you do with your body. Do not use DOLE just to extract money from them.”

During this Facebook Live, one of his audiences commented something that tells about the depopulation aspect of the current crisis. Dr. Samaniego agreed saying that there were so many people maimed by these vaccines and yet they don’t report it on the media. He then added that Duterte’s administration, the Department of Health (DOH), and the mainstream media conspire together to hide the truth. Dr. Ron said that these institutions engage in disinformation and misinformation by slandering and demonizing his credibility without proof; labelling him as “fake news” when in fact they, according to him, are the ones not using real science. He then added:

“They use different sorts of people, they use these Youtuber doctors, they use organizations like the Philippine Physical Therapy Association (PPTA). They used them against me, they used this organization which doesn’t really matter and useless. So what happened? I didn’t feel anything; your attempt to slander me is useless.”

So Dr. Ron Samaniego seems to be correct again on this issue. The Filipino public, especially people who know about government corruption in the country, still agree with him that there is something very sinister happening. No matter how the administration, the DOH and the mainstream media blatantly lie, mislead, and deceive the public, the truth will always come out because people like Dr. Samaniego who are speaking out right now are really the ones on the side of science, the law, and of the truth. This is the reason why Dr. Samaniego is not afraid to speak out, even to suggest to the PNP not to take the jab if they don’t want to.