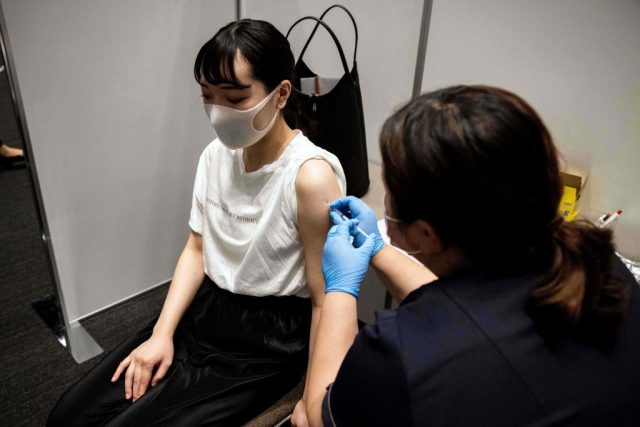 On June 24, a total of 450 doctors and officials in Japan submitted a petition to the Ministry of Health, Labor and Welfare to stop the vaccination against the widely questionable viral infection called Covid-19; an alleged disease in which many scientists and experts claimed non-existent.

Arabnews.jp reported that the petition was signed by 390 doctors and 60 local council members, including a professor at Wisconsin University of Medicine named Toku Takahashi.

Other doctors who attended the meeting claimed that “at least 356 people have died since getting the vaccination” and that trials still continue. Responding to this claim, Vaccine Minister of Japan Taro Kono commented against the petitioning doctors on his blog saying “some people spread rumors even though they have a doctor’s license”. Toku Takahashi responded to Kono, stating that the data were from the website of the Ministry of Health, Labor and Welfare itself.

In Singapore, another group of doctors and cardiologists also asked the committee on Covid-19 vaccination to stop the vaccination for young school boys, around 200,000, and to “conduct a proper medical investigation in the matter”. This was after learning the death, supposedly from heart failure, of a 13-year-old student from Saginaw county in Michigan, USA three days following his second dose of Covid jab. According to The Straits Times report:

“In an open letter, which was posted on Facebook on Saturday by a cardiologist Dr Kho Kwang Po and addressed to chairman of the expert committee Professor Benjamin Ong, the doctors said that vaccination exercise needs to be delayed briefly until the CDC and other organisations worldwide have produced more robust and convincing data on the case…”

Though, it is still not known which Covid vaccine the boy had received. As always, the US Centres for Disease Control and Prevention (CDC) just stated that they’re still going to investigate if it’s just a coincidence or if the vaccine was really the cause of death even though their own monitoring system, VAERS (vaccine adverse events reporting system), have already recorded 10, 991 deaths and 551, 172 injuries, including 997 deaths among unborn children, from this vaccine as of July 9, 2021.