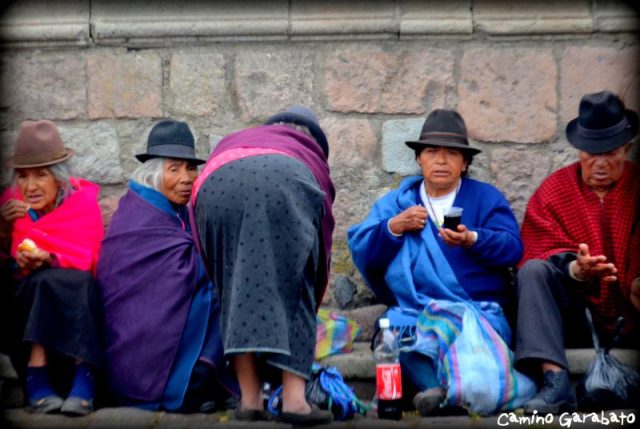 When the New York Times reported about the serious water crisis in San Cristóbal de las Casas, Los Altos’ in 2018, Coca-cola has again been called out for its unethical business practice in relation to the community’s hydration issue on the said region; making them economically and even culturally dependent on the company. Using its financial influence, Coca-cola Co. has secured permits to extract “300,000 gallons of water a day from local water sources” while the local communities almost don’t have access for their daily need. Because of this, they are left with only two options: to buy from private sellers or just drink Coke which is more accessible. And just because Coke is easier to get than water, local communities on average drink two liters of this soda a day, including children.

This culture of dependency started around 1960s when Coca-cola’s marketing campaign targeted the natives in several towns of Mexico, pervading into the people’s cultural expressions and traditions, including religious ceremonies. This has led to a serious consequence on the people’s health and well-being even up to today. The plant in this area, according to various watchdogs and non-profits, employs “about 400 people and contributes nearly 200 million USD to the state economy”. This is likely the main reason why the Mexican government favors the company more than its people when it comes to policies and political decision makings. According to the National Water Commission (Conagua), “9 million Mexicans do not have access to potable water, and at least an additional 10.2 million do not have basic sanitation infrastructure in their homes”. These people rely on poor maintenance and irregular water delivery services.

Meanwhile back in 2017, several communities in Chiapas was also subjected on the same situation. As reported by mexiconewsdaily.com:

“The indigenous community of San Felipe Ecatepec had to walk two hours to get clean drinking water while the FEMSA-owned bottling plant nearby used an average of 1.08 million gallons of water a day. In response to this troubling situation, the UN released a report detailing the unsuitable conditions of the community and implored the Mexican government to improve water provisions and sanitation for the people of San Felipe Ecatepec and all of Mexico.”

Two years after, another study by the Chiapas and Southern Border Multidisciplinary Research Center (Cimsur) reveals that “residents of the southern state drink an average of 821.25 liters of soda per person per year”. Breaking it down, it means that “every man, woman and child in Chiapas drinks an average of 3,285 cups of soda a year, five times higher than the national rate of 150 liters per person per year”. According also to that report:

“Residents of the United States drink an average of 100 liters of soft drink a year, the study found, while the global average is 25 liters, just 3% of the consumption level in Chiapas. Consumption of refrescos, as soft drinks are known, is particularly high in the Los Altos region, where the majority of residents are indigenous people who mostly live in rural towns and villages. Coca-Cola, which has a bottling plant in San Cristóbal de las Casas, is the undisputed “king of kings” in the region’s soda market. According to the Cimsur study, among the reasons why Coca-Cola and other refrescos are so popular in Chiapas are marketing campaigns in indigenous languages – mainly Mayan – and limited access to clean drinking water.”

Coke has also become an important part on the resident’s religious rituals in Chiapas, especially the Mayans. It replaced liquor as the traditional offering to “Gods” in their indigenous rituals. And because Coke is very cheap and widely available in Chiapas, it created an epidemic of addiction to many local residents; resulting to tragic health consequences on all walks of life. For example, a 2016 study found that “3% of babies in Chiapas are given Coca-Cola by their mothers” instead of breast milk. Consequently, there are 3,000 deaths from diabetes in Chiapas per year. This is also similar to what happened in Tenejapa, a municipality near San Cristóbalin which diabetes and heart disease started to become common among the population when road construction paved the way for companies to easily distribute soft drinks and junk foods. Unfortunately, drinking two or three liters of Coke while on their lunch break from working in the fields has become a habit by many Tenejapa residents.