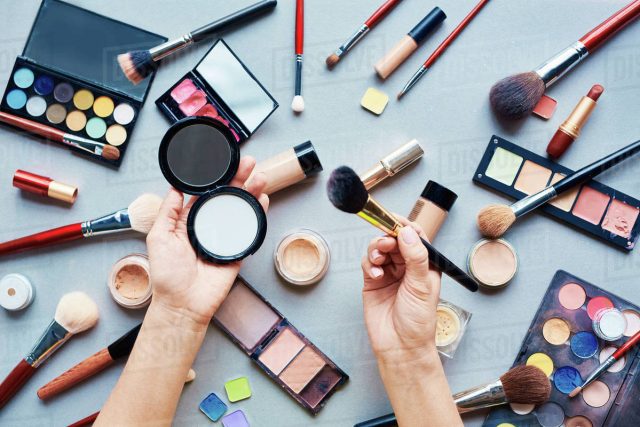 Although it is not clear what are the long term effects of non-organic cosmetics to a person’s health, it has already been known that the chemicals being used or present on them have been linked to serious health problems such as neurological issues, endocrine disorders, developmental delays, and even cancer. These findings, however, are not so much being put out to the public by the health authorities and the media; not to the point where consumers openly talk about them in at least, well-informed manner. Because when we look deeper into them, it would be sure that most of us won’t use them the way we use them now or we might even totally not use them altogether. Of course consequently, it would hurt the cosmetic industry therefore they do what they can to protect their reputation.

According to the Federal Food & Drug Administration (FDA), cosmetics are “articles intended to be rubbed, poured, sprinkled, or sprayed on, introduced into, or otherwise applied to the human body…for cleansing, beautifying, promoting attractiveness, or altering the appearance“. But the reason why these cosmetics are actually dangerous is because they usually include harmful chemicals such as talcum powder, lead, PFAS, paraben, triclosan, phthalates, formaldehyde/formaldehyde releasers, mercury, butylated, coal tar, triclosan, toluene, etc. However, the production of these cosmetics is currently not being regulated well and many people may not worry but is has been found out that “as much as 60% of the chemicals that come into contact with your skin are absorbed”. FDA regulates the cosmetics companies but it is not really effective in making sure these companies comply with the safety standards (perhaps as part of their hidden agenda?).

Usually, the tests for harmful effects are only for short term (ex. skin irritation, dermatitis, etc.) and not for the long term exposure. These chemicals are really a threat to our health especially in a cumulative manner; both being absorbed by our skin and being ingested. The combination of these products people use daily is enough to add to the problems that cause cancer and other major health issues. Thankfully, there are cosmetic and other personal care products that use organic formulas or at lease very less chemicals. Though, you just really have to do the checking yourself which are the certified ones because some of these so-called organic cosmetics still use harmful chemicals. As Medical News Today reported:

“In the United States, there is no law that requires the Food and Drug Administration (FDA) to approve cosmetics. This means that other than color additives, cosmetics can contain a number of dangerous chemicals with no regulation.”

As an example, let’s take a look at talc or talcum powder. In 2019, the FDA announced that consumers should avoid using certain cosmetic items containing talc as they test positive for asbestos. This is because talc is a mineral compound that can only be found near the asbestos. Talc is used in different make up products including eye shadows, bronzers, blushes, and of course, baby powder. What it does is it absorbs moisture and it stops makeup from caking. But aside from cosmetics, it is also being used in crayons, paint, toys, ceramics, rubber, paper, plastics, medicines, supplements, chewing gums, and insecticides.

Just last year, a court ordered Johnson & Johnson (J&J) company to pay $4 billion USD to the women who had ovarian cancer caused by J&J ‘baby powder’. Currently, J&J is “facing more than 25,000 lawsuits related to various talc products that have allegedly caused cancers, primarily from asbestos fiber contamination”. This must really be a warning not only to the women who use cosmetics but also to the people being exposed to talc on a daily basis because of their work. Though, they can lessen the risks by wearing personal protective equipment like masks and gloves but if they really want to be sure, they can just avoid them altogether.

The last example we can look is formaldehyde. It is known to cause Leukemia and even restricted in some places of Japan, EU, and Canada. Aside from being used to preserve dead bodies of humans and animals, formaldehyde is also used in drugs, vaccines, and cosmetics such as shampoos, baby products, nail polish, lotion, make up remover, sunscreen, and soaps. And aside from causing severe irritation and allergic reactions, The United States National Toxicology Program and International Agency for Research on Cancer declared it to be a carcinogen. It can harm our body through ingestion or absorption. Sadly, embalmer, hair stylists, nail technicians, and cosmetologists are more exposed to formaldehyde on a daily basis. Beautyschoolsdirectory.com reported:

“Infants whose guardians use products with formaldehyde on them are also at a greater risk for complications than adults who use the products in their daily lives. Another risk comes from formaldehyde releasers, which are exactly what they sound like: They’re ingredients that release formaldehyde over time. The greatest danger from formaldehyde releasers comes when products containing them are stored in high temperatures or for long periods, increasing how much formaldehyde is released. You should toss out cosmetics after they’ve been opened a relatively short amount of time, and you should also throw away unopened cosmetics after a while as well.”