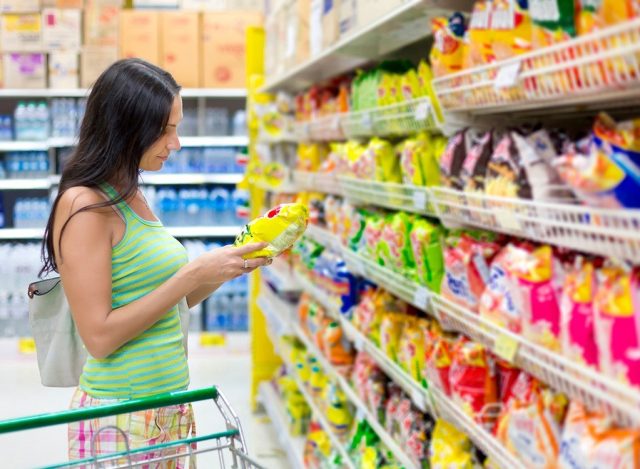 One of the experts who studied excitatory neurotoxin or excitotoxins, a chemical that adversely affects the brain by over-stimulating the receptors, is Dr. Russell Blaylock. According to his profile, Dr. Blaylock is “a board-certified neurosurgeon, health practitioner, author, and lecturer”. He took the medicine course in Louisiana State University School of Medicine (New Orleans) and “completed his internship and neurosurgical residency at the Medical University of South Carolina”. He has practiced neurosurgery for 25 years but “recently retired from his neurosurgical duties to devote his full attention to nutritional studies and research”. In one of his video lectures, Dr. Blaylock explained how excitotoxins adversely affect the brain even in small amount. Excitotoxins are very dangerous to the brain as it exhausts and eventually kills the brain cells. As explained by mdlinx.com:

“Excitotoxins are substances, usually amino acids, that overstimulate neuron receptors. Neuron receptors facilitate brain cell communication and, upon excitotoxin exposure, fire more rapidly than normal. This process, if prolonged, can exhaust and weaken the neurons involved, resulting in neuronal death. So, why are excitotoxins added to food when they pose such a potential threat? They’re usually added to enhance the perception of a food’s flavor. For instance, many people perceive that MSG enhances the savory, umami flavor of certain foods.”

Even to this day, MSG or monosodium glutamate (sometimes called ‘Chinese salt’ and Ajinomoto), is still very common and widely used in restaurants and many kinds of processed food and food ingredients which include salad dressings, sausages and processed meat products, easy to prepare soups, broths, snacks, noodles, chicken soups, potato chips, spaghetti sauce, canned goods, barbeque sauces, etc. MSG is a harmful chemical found to cause various health problems; linked to obesity, diabetes, and neurological problems. People should think twice and consider cutting it out from their diet, especially children and pregnant women, before it’s too late.  As explained by Natural News in 2011:

“Monosodium Glutamate, better known as MSG, is a form of concentrated salt added to foods to enhance the flavor. This salt version of glutamic acid is an amino acid the body can produce on its own, but the MSG we find on store shelves is processed and comes from fermented sugar beets. Because this kind of MSG is processed, it can cause many adverse reactions, including skin rashes, itching, hives, nausea, vomiting, migraine headaches, asthma, heart irregularities, depression and even seizures.”

In addition to that, the researchers of a study published in The Journal of Headache and Pain also revealed:

“Although MSG has proven its value as an enhancer of flavour, different studies have hinted at possible toxic effects related to this popular food-additive. These toxic effects include CNS disorder, obesity, disruptions in adipose tissue physiology, hepatic damage, CRS and reproductive malfunctions. These threats might have hitherto been underestimated.”

Sometimes named as E621, ‘flavor enhancer’, preservative 621 and many any other lab names, MSG has been banned in several countries yet this is still ubiquitous in many parts of Asia. For example, in 2018 the Supreme Court of Pakistan “banned the sale of ‘Ajinomoto’ across the country, declaring it hazardous for health”. A thread from Quora stated:

“GIMDES, the Halal Certifying Body in Turkey, had declared more than 15 years ago that MSG was harmful to human health and must not be used in food production. For this reason GIMDES never certified any food product that contained MSG. Apparently, MSG is now banned in child food in about 50 countries including the EU countries. It was introduced into baby food in the 1960’s until it was taken out due to health concerns of toxicity.”

However, just like in the US and other places, the banning in EU is not really consistent. Many say that it is still being used in many parts as the main food enhancer. MSG has a reputation to cause migraines therefore the industry renamed it and modify it into “autolyzed yeast, yeast extract, maltodextrin, hydrolyzed protein, sodium caseinate, mono-potassium glutamate, and textured protein”. Natural News also wrote back in 2011:

“Because MSG is so cheap, the food industry can use much lower quality foods and simply add MSG as a flavor enhancer. Currently, there is a huge investment by the food giants in MSG medical research to convince consumers of its safety. Monsanto, the giant biotech company that creates genetically modified corn, soy and canola, also controls more than 90% of the sugar beet industry; therefore, MSG contains the gene of the pesticide Roundup. Consumers who don’t filter MSG out of their diet are catching a double dose of toxicity.”

It’s ironic how MSG is still not totally considered harmful in general by the FDA. The agency is still allowing this toxic compound to be consumed while also declaring it “harmful on high amounts” or harmful to children and pregnant women. So if it harms them, how about the groups or demographics that are not mentioned? Of course they should lie as usual; they are controlled by the same dominant pharmaceutical and chemical industries. The FDA will never take action until so much pressure is put by the public; that’s how it usually works when it comes to these toxic additives and ingredients as many lawmakers and enforcers have been bought by these companies. And in the case of MSG, it has been questioned and proven harmful since decades ago.