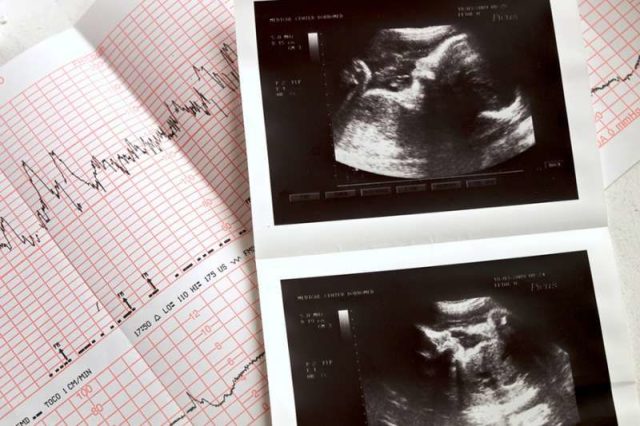 Abortion is a complex issue. This is because there are situations that would leave the woman traumatized if she continues to carry the baby inside her. And, this trauma could even possibly be worsened when the child is born. One example is rape. However, for pro-life people this is simply murder of an innocent life. So this piece is not about pro or anti abortion but about options for women when it comes to saving her child; for those pregnant women who attempted to abort the baby using the abortion pill but changed their minds.

For women who decided to continue the pregnancy and give birth to the baby instead, there are few clinics in the US that offer reversal of the effects of the pill. The protocol was developed by two physicians named Dr. George Delgado and Dr. Matt Harrison. Dr. Delgado is a clinical professor at the UC San Diego while Dr. Harrison is a researcher at Johns Hopkins, Duke, and Medical College of Virginia. The process is being done by flooding the woman’s body with natural progesterone soon after she takes the first chemical abortion drug Mifepristone. However, it is important that the person has not yet taken the second abortion pill Misoprostol.

Talking about the dangers of these abortion pills, Dr. Poppy Daniels, an OB-GYN from Missouri, explained:

“RU-486 (Mifepristone) causes nausea, stomach cramping, and bleeding, including the risk for hemorrhaging. Women have reported significant pain, excessive blood loss, and trips to the emergency room for fluids, blood or a surgical abortion if the process has not been complete. Misoprostol can also cause painful contractions and bleeding. Women are usually counseled that they will be having cramping and bleeding like a heavy period and to take Ibuprofen, take a shower and go to bed. But the process is rarely that easy.”

This was also explained by Elizabeth Gillette, a woman who experienced the process of chemical abortion herself. According to her:

“At first nothing, and then the cramping started and it was deep and very very painful. I’ve had three children since then and felt like a labor. I miscarried my entire child. It was the size of a tennis ball, probably. Round, just perfect little sack and inside was this tiny “gummy bear”. And I held him (crying)…”

Gillette also said that the doctor who assisted her did not really tell her about the emotional and psychological impacts of this process. She continued:

“The doctor had promised me that I would feel relieved. I didn’t feel any relief.

(She felt) overwhelming guilt. Just a sickness inside hat I couldn’t put away. Nightmares started shortly after. I stopped eating. I became anorexic. I was later diagnosed with acute post-traumatic stress disorder (PTSD).”

On her appointment to abort her child, Ms. Gillette was conflicted yet the staff has pressured her to proceed. She recalled the incident:

“I asked to see the ultrasound. And the doctor said that’s really not our policy. And I said I need to see the ultrasound; I need to see it. I had told her at the beginning I’m very unsure. And I know how those machines work. She took a still shot of the monitor and then rolled the monitor around so that I could see it and it was just a photo. It was not moving even though the wand was moving. And she said you see there’s no movement, there’s no heartbeat. Your pregnancy is ot viable. And she lied to me because she knew that I was on the fence; that she knew I wanted to leave. And she had one of those little tiny Dixie Styrofoam cup things with the pill in it. And she said, all you have to do is take this. And I couldn’t do it, I couldn’t take it out of her hand. And she said, “You know, I just can’t wait any longer so you need to take this or you need to leave.”

Dr. Donna Harrison, the executive director of the American Association of Pro-life Obstetricians and Gynecologists also explained what is really going on in the process. She said that most of these women do not get social support after the loss; grieving alone for their dead child. And this traumatizing experience usually leads to mental health issues, including substance abuse, major depression, and even suicide. According to pro-abortion institutions like the Planned Parenthood, the process for chemical abortion is just “natural, easy, and almost painless”. Dr. Harrison, however, stated:

“That’s a lie. It’s none of those. It’s not natural for a woman’s body to have progesterone blocked in the pregnancy. It’s completely unnatural. Bleeding from a surgical abortion lasts a day. The bleeding from a chemical abortion can last weeks, two months…

It’s a lot more painful because the woman is physically passing the baby placenta like labor, and in a surgical abortion, she’s hopefully under anaesthesia. The mantra out there is “pop a pill and poof, it’s over”. Well it’s not over. It’s aborting with mifepristone and misoprostol is a tough process. And these women are on their own to do it; it’s almost patient abandonment.”

Just last month the chemical abortion has been approved by the Bidden administration. Therefore abortion at home will continue to rise significantly. But what is being left out is the option or the knowledge for women who are not hundred percent sure about the decision to abort the child. And this will of course lead them to suffer from the consequences, physically, emotionally, and psychologically. Pro-abortion institutions claim that the reversal is dangerous. But Dr. Daniels said “the actual danger posed to women is not the progesterone used in a reversal, but the chemical used in the abortion pill itself”.

To this day, the Heartbeat International/Abortion Pill Rescue Network (APRN) wrote on their website that there are already 2,500 successful reversal operations. Dr. Daniels, who’s been using progesterone for many years to help women have healthy pregnancies, also said that the protocol is safe. She stated that “the abortion pill reversal is simple and elegant” because there is a strong biological basis for the protocol because it is based on reproductive physiology”, pointing to the major study by Delgado of 754 women. On these subjects, up to “68 percent of women were able to give birth to perfectly healthy babies”.

Meanwhile, Dr. Bill Lile, an obstetrician and gynaecologist, also stated on the subject:

“During my career I’ve delivered almost 4000 babies but also I have successfully reversed the effect of the abortion pill six times out of six attempts.

If we can intervene early enough, usually within the first 72 hours we can actually save the life of that baby by supplementing with progesterone.

And here’s the important thing to remember: we have healthy moms and healthy babies after we successfully reverse the effect of the abortion pill.”