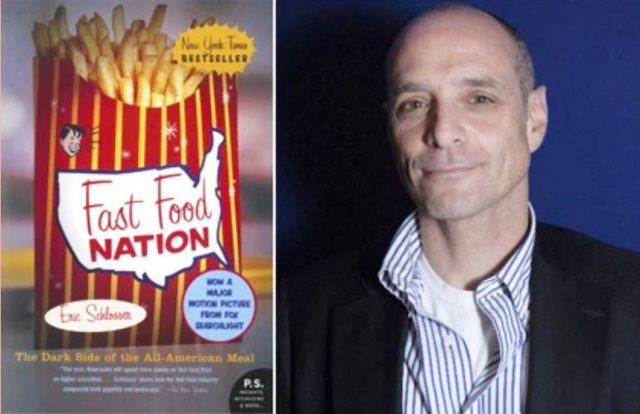 In the US today, obesity has now become so common where 2 in 3 adults are considered obese or overweight, along with more than one-third of its children, ages 6 to 19. One of the main reasons why it has reached more than double is because of the wide accessibility to fast food or processed food in general. This is because in America, the fast food industry has rapidly grown since 50 years ago and as a result, people’s diet has been radically changed; significantly affecting the Americans not only economically but also culturally. And along with this, the fast food’s ill effects on health, both short and long term, have also risen to an alarming level.

Fast food diet is very detrimental to our health. Studies after studies have shown that frequent consumption of processed foods and fast foods can adversely affect the digestive system, cardiovascular system, skeletal system, central nervous system, respiratory system, reproductive system, and the integumentary system of our body. This is mainly because of weight gains, obesity, and various organ interruptions due to exposure to high levels of fats, sugar, monosodium glutamate (MSG), sodium, and different kinds of preservatives, enhancers, and chemicals which are used in pastries, fries, hamburgers, pies, and beverages. The deliberate combination of sugar, fats, and sodium made these kinds of products highly marketable as they are very addictive to many people; not to mention its very convenient availability. This trick by the fast food industry has been around for decades and it helped produce generations of sick children, especially in the west.

One of the many courageous and dedicated journalists who enlightened the public about fast food is Eric Schlosser. Schlosser did an extensive investigation about the fast food industry for years. He wrote a two-part article for the Rolling Stone magazine in 1998, which drew more mail than any other story in that magazine. And in his book “Fast Food Nation: The Dark Side of the All-American Meal”, Schlosser interviewed fast food employees from different backgrounds, slaughterhouse workers, franchisees, potato farmers, cattle ranchers, founders, and people who have lost a loved one to food poisoning. Traveling while doing the research, this experience resulted to a work in Fast Food Nation in which he delivered very worthy, powerful, and moving stories behind the perfect shinny happy façade of the fast food machinery such as McDonalds.

In this very important book, Eric Schlosser wrote shocking expose’ regarding how the fast food industry profits from unethical practices not only from customer service but also towards their workers while also wreaking havoc on the environment. For example, Schlosser wrote about how the livestock for fast foods are being fed:

“About 75 percent of the cattle in the United States were routinely fed livestock wastes—the rendered remains of dead sheep and dead cattle—until August of 1997. They were also fed millions of dead cats and dead dogs every year, purchased from animal shelters…

A nationwide study published by the USDA in 1996 found that […] 78.6 percent of the ground beef contained microbes that are spread primarily by fecal matter. The medical literature on the causes of food poisoning is full of euphemisms and dry scientific terms: coliform levels, aerobic plate counts, sorbitol, MacConkey agar, and so on. Behind them lies a simple explanation for why eating hamburger meat makes you sick: There is shit in the meat.”

This investigation was during the 1990’s, the time when, as relayed by Schlosser, the decline of the minimum wage coincided with the rise of the fast food industry’s success. In one of his interviews, Schlosser explained:

“The chains have worked hard to “de-skill” the jobs in their kitchens by imposing strict rules on how everything must be done, selling highly processed food that enters the restaurant already frozen or freeze-dried and easy to reheat, and relying on complex kitchen machinery to do as much of the work as possible. Instead of employing skilled short-order cooks, the chains try to employ unskilled workers who will do exactly as they’re told. The chains are willing to put up with turnover rates of 300 to 400 percent in order to keep their labor costs low. It doesn’t really matter to them who comes or goes, since this system treats all workers as though they’re interchangeable.”

Also on the book Fast Food Nation, Schlosser explored the facts about the spread of Mad Cow Disease/BSE (bovine spongiform encephalopathy) in Europe as it exposed “secret alliances between agribusiness and government”, motivated and fuelled mainly by greed for money, bribery, and corruption. He also said that “scientists who disagreed with the official line were publicly attacked and kept off government committees investigating BSE”, just for the information to be suppressed or not to reach the wider public. And regarding the worker’s welfare, Schlosser explained:

“Again and again workers told me that they are under tremendous pressure not to report injuries. The annual bonuses of plant foremen and supervisors are often based in part on the injury rate of their workers. Instead of creating a safer workplace, these bonus schemes encourage slaughterhouse managers to make sure that accidents and injuries go unreported. Missing fingers, broken bones, deep lacerations and amputated limbs are difficult to conceal from authorities. But the dramatic and catastrophic injuries in a slaughterhouse are greatly outnumbered by less visible, though no less debilitating, ailments: torn muscles, slipped disks, pinched nerves.”

These are some of the reasons why people should be careful in supporting fast foods. This book was published in 2001, 20 years ago and yet, so little has changed today. Companies which don’t really value ethics, its customers, and the worker’s safety must be boycotted as economic punishment until they change their ways. Schlosser’s book has shown us how the public’s ignorance to these issues allowed those companies to wield such tremendous power over politics and society for their own interests. This power enables them to have monopoly over our natural resources and to trample laws which supposed to protect the consumers. From the words of Eric Schlosser himself:

“Pull open the glass door, feel the rush of cool air, walk inside, get in line, and look around you, look at the kids working in the kitchen, at the customers in their seats, at the ads for the latest toys, study the backlit color photographs above the counter, think about where the food came from, about how and where it was made, about what is set in motion by every single fast food purchase, the ripple effect near and far, think about it. Then place your order. Or turn and walk out the door. It’s not too late. Even in this fast food nation, you can still have it your way.”