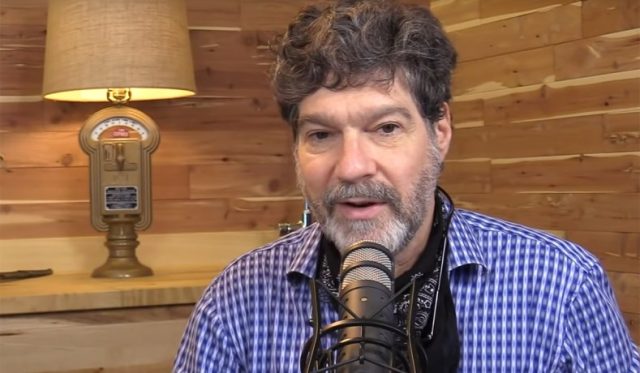 In 2017, the biologist and evolutionary theorist Professor Bret Weinstein was confronted with protest by the students at the Evergreen University for objecting a proposal that was, according to him, “a terrible threat to the college’s ability to continue to function”. During the incident, fifty students showed up at his class clamouring for his resignation because of his opposition to the event proposal. The protest suddenly erupted into riots, according also to Weinstein, while “the president of the college stood down the campus police force and allowed students to patrol with weapons in what they call community patrols”. Regarding what happened, insidehighered.com reported:

“Students were protesting racism on campus, although Brett Weinstein, the professor who they called to be fired, filed his $3.85 million suit on the grounds of “hostility based on race,” alleging that the college “permitted, cultivated, and perpetuated a racially hostile and retaliatory work environment…. Through a series of decisions made at the highest levels, including to officially support a day of racial segregation, the college has refused to protect its employees from repeated provocative and corrosive verbal and written hostility based on race, as well as threats of physical violence.”

As a result, Bret Weinstein and his wife Heather Heying resigned from the university in which they’ve both served for so many years. In his letter to the campus, Weinstein wrote that it was basically a show of force and a form of racism itself because it wasn’t really meant a voluntary absent by the party but somewhat a demand. And regarding the tension, Heather Heying stated in her letter:

“On Tuesday morning, May 23, a group of 50 or so protestors showed up in Bret’s class. He tried to talk to them. His students tried to talk to them. The video, taken by one of the protestors, is widely available. In it, Bret asks for a dialectic (in which the truth is exposed), rather than a debate (in which both sides are trying to win). He is shouted down. Later that day, at the meeting with hundreds of people on the fourth floor of the library, Bret listened while protestors spoke. He also listened while others spoke, including his own students. Those who did not agree with the new party line at Evergreen were again shouted down and, in some cases, taken aside by protestors and lectured. Bret was told, by text from his friends who were also in the room, that there was talk of not letting him leave. Bret’s students have been followed, verbally bullied, and aggressed against. My family has been told to lock our doors, and keep our loved ones close.”

From his interview last year in The Sun (Youtube), Bret Weinstein explained how the post-modernist radical leftist movement have changed the meaning of racism. According to him:

“The problem is that they have redefined the term “racism” and in fact if you listen to them, what they tell you will suggest that of course, I automatically would be a racist by virtue of my skin color. In fact, it’s an “incurable condition”, which does raise a question about why they’re so intent on engaging in mental re-training exercises if it is in fact futile to fight white supremacy because it is ingrained in every white person’s mind? Then putting people through trainings is unlikely to function. But to put that aside, let’s just simply recognize that their definition of the term involves both speech and silence being violence and in that circumstance there’s just simply no way to win. They’ve defined the rules of the game that way.”

He also added that racism is a complex issue and he really believes that “there are serious long-standing race issues”. However, he doesn’t believe that what is being told in the Marxist narrative is what’s really happening. He continued:

“The anarchism at the heart of this movement, the belief that by tearing down this broken structure and that a better one will emerge in its place is simply nonsense. Even for those who are the victims of racism, the functioning of society is important and the correct thing to do is to fix what’s wrong rather than tear it down in the hopes that a better system will emerge, that kind of utopianism is going to result in an absolute disaster across the west.”

Further in the interview, Weinstein explained how the emphasis on liberty and the positive values by both parties is really “useful” and “an excellent focus”. He believes that in order to be truly free in a society and as a society, the society itself must really address all the important issues. This, he added, is a great goal to aim for “to make sure that the distribution of well-being is fair”. This isn’t present in the current leftist movement, Weinstein stated. According to the professor:

“What we have in this woke movement, though, is not even a proper Marxist belief in the equal distribution of well-being. It’s actually arguing for an inversion of past oppression and some of the past oppression that it is arguing about is actually imaginary. So to reverse the tables of oppression as a remedy is a very dangerous path to go down. It will not result in a stable system going forward, it will not result in a desirable distribution of well-being…”

As a biologist, of course Bret Weinstein has a reasonable faith in science. He firmly believes that abstract aspects like society’s progress, harmony, and the individual’s freedom, along with convenience and efficiency are achieved or actualized through the aid of systematic tools such as science. He thinks that science, when used properly, will correct our biases and help us see things on a wider or deeper perspective. But the modern Marxist movement, unfortunately, automatically dismissed this tool, said Weinstein. He then continued:

“What they say is that science itself is racist. And that therefore we need not credit anything that it has come up with. In fact we need some sort of substitute for it, which is an incredible thing to argue because if science has a primary purpose, it is to correct the human biases. Science is not a simple process, it is in any ways not the most efficient way to get from A to B but the reason that it has surpassed all other systems is that no matter how strong your belief is in something, science will tell you if it’s wrong; if you do the science correctly. So to the extent that this movement is challenging human biases, the best tool in the arsenal is science. And to the extent that science has been done imperfectly, the remedy for it is more and better science.”

Meanwhile, in her letter to the Evergreen faculty, Heather Heying wrote:

“The college has lost its way. The tactics being used by the protestors are oppressive and rageful. They are the same ones used by those on the alt-right, those who, in part, helped bring national politics to its current state. Using oppression and fear mongering to maintain the status quo, as has happened nationally for a long time, ought be wholly unacceptable in a democracy. Using oppression and fear mongering to fight for a reversal of that status quo ought be similarly repugnant. A reversal of fortune, in which those who were in power are powerless, and those who were powerless have all the power, ought not be the goal. But it is the stated goal of at least some of the protestors and their allies. That is not equity. And this no longer looks like a liberal arts college.”