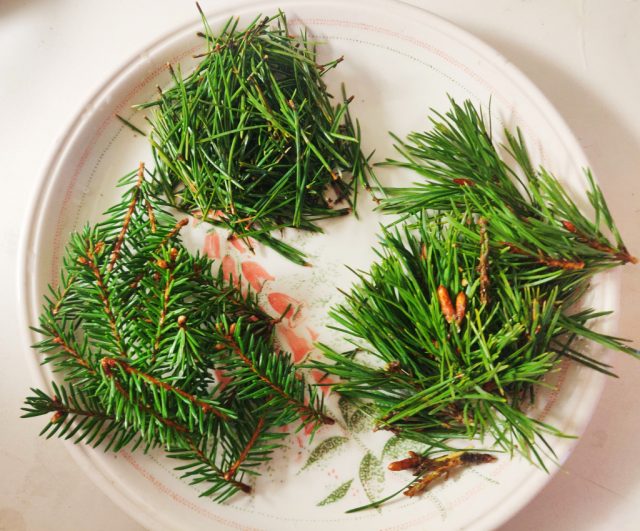 During the recent months, many health workers and individuals have reported cases of so-called vaccine “shedding”, a kind of transmission from vaccinated to unvaccinated persons with symptoms described by doctors such as “minor blood clots, headaches, brain embolisms (strokes), reduction in breast milk, miscarriages, heart attacks, pulmonary embolisms (lung), unusually heavy menstrual cycles, uterus shedding, and heavy bruising”. However, this so-called shedding is still a puzzle to many, therefore unconfirmed and difficult for experts to prove. Meanwhile, unfortunate people who also died after taking the Covid shots are reported to have experienced excessive coagulation causing their organs to fail. This effect is said to be mainly caused by the serum from the jab.

Thankfully, there are now people who are looking closely at these cases and coming up with possible solutions. The potential cure is called suramin, a medicinal compound derived from pine needles. This has also been discussed by the famous scientist named Dr. Judy Mikovitz in one of her interviews. On that video, she revealed that the medical establishment has known this antidote for more than a hundred years but kept it hidden from the public. Suramin is an extract of the pine needle oil; a synthetic concentrate which can be used intravenously. You can extract this through distillation. It has “inhibitory effects against coagulation cascade and against the inappropriate replication and modification of RNA and DNA”. But another good news is that you don’t have to buy this compound as you can also get the same benefit by only drinking pine needle tea three times a day. According to one description:

“Pine needle tea is one of the most potent anti-oxidants known to man and it’s a super food. You can pluck it right off the tree and eat the tips of Pine, Spruce, Fir and Cedar. Pine needle oil is known to treat cancer, inflammation, stress, depression, pain, respiratory infections like pneumonia, influenza and COVID-19. Pine needle tea also kills parasites.”

“It reveals that suramin inhibits blood coagulation or blood clots (a major theme throughout the entire COVID op) – the very issue that caused officials to be wary of the AstraZeneca and Johnson & Johnson COVID vaccines, causing many European nations to ban them, and also causing the US CDC at one point to halt them. Blood coagulation is also a theme of COVID itself, even before the advent of vaccines. What is also very fascinating is that suramin has the reported ability to decrease the activities of enzymes involved in DNA and RNA synthesis. This is exactly what the other 2 COVID vaccines – those made by Moderna and Pfizer – are trying to promote. So, in plain English, this stuff could potentially slow or stop all the horrible blood clots people are suffering, plus potentially block the inappropriate RNA and DNA replication that the mRNA devices are trying to engender.”

So suramin is also said to have been used for African sleeping sickness and river blindness. There was also a small randomized clinical trial at the University of California, San Diego. On that trial, it was found that “a single intravenous dose of suramin produced dramatic improvement of core symptoms of autism or autism spectrum disorder (ASD)”. The reason why we don’t hear about this is that big pharmaceuticals, after getting the patent, usually make effort to conceal it by using scientific journals and mainstream media to mislead and deceive the public by claiming it has no medicinal value. This is their way of ensuring monopoly while gaining huge profit out of people’s unnecessary suffering.

Is it also believed that pine needle tea provides the same or perhaps better benefit because it is “a direct mild extract of the whole herb leaving many of its properties still intact that might be destroyed by excessive heat during distillation and further dissection of its many nutrient components”. According to study, pine needles are high in vitamin C, vitamin A and many other beneficial compounds. According to one article by Ariyana Love, a naturopathic doctor and investigative journalist:

“A 2011 Korean study demonstrated using pine needles in tea was the best way to access the antioxidant benefits from pine needles. The study demonstrated that the hot water extract of pine needle proanthocyanidins and catechins offer the highest levels of antioxidant benefits compared with chemical extract processes. There are other known benefits that pine needle tea and the tea made from other conifers share, which include analgesic, antibacterial, antifungal, anti-inflammatory, antimicrobial, antioxidant, antiseptic, antitumor, antitussive, etc…”

So if this is the answer to our current health crisis, particularly caused by experimental Covid vaccines, this should be known to the whole world. It’s because it looks like we are witnessing a global genocide right in front of our eyes without the masses knowing; some are expiring suddenly while for others, it is taking some time. For example, just a few days ago, the European database of suspected drug reaction reports called EudraVigilance, a program that also tracks reports of injuries and deaths from Covid vaccines, has announced that there are already 12,184 cases of deaths and 1,196,190 cases of injuries. Indeed, this is very disturbing therefore people like us should learn more about suramin / pine needle tea and its benefits and educate as many people as we can.