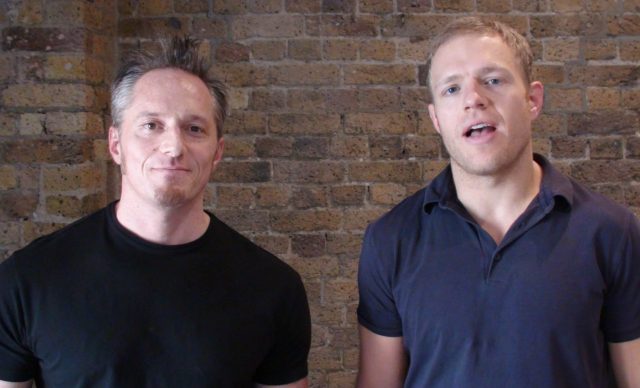 Just a couple of weeks ago, Rebel Wisdom uploaded an interview with Nic Gabriel, Brian Rose’ co-founder on London Real. For the first time, Gabriel broke his silence about what really happened to him and Brian Rose with regards to London Real break up. The two podcast hosts met around 2009 and developed a good friendship and then months later they founded London Real to publish video podcast which would talk about various important social and political topics, similar to the Joe Rogan Experience. Rose was Gabriel’s ju jitsu student at that time who only takes private class. However, as time went by Rose discarded Nic Gabriel and continues to host London Real shows alone. In his own words, Gabriel stated:

“What was so difficult for me was the abruptness and the callousness nature with which he terminated that relationship, it was just like, ‘Done. You’re usefulness to me is finished, I’m just cutting you out, I’m never speaking to you again’…”

Public scrutiny on Brian Rose began last year when people started to ask questions on him regarding the “Digital Freedom” platform fundraising money which reached 1 million dollar. Rose is being questioned because he didn’t provide what he promised to the donees or his supporters and still not giving explanation about it up to this day. On the fundraising video, Rose promised his audiences:

“This platform is of the people, by the people. And so we are creating a separate entity with its own separate funding. We’re gonna crowd-fund this…

Again, this is about us building something that we can use for the future. They will never ban us again…”

It turned out, however, that the platform he uses is still part of London Real website. According to Coffeezilla, one of his major critics:

“It’s not a technology. This isn’t an actual platform like Youtube or Vimeo or something like that. Brian Rose has done nothing except to rely on different hosting platforms. For example, instead of hosting on Youtube, he now hosts a lot of his videos on a platform on DailyMotion. He wasn’t building the technology; he’s renting the technology from another company called Dacast. Now we know this because during the live stream, I looked in the page source code and the place where the video player was getting its data from was from Dacast.com. Dacast is a “white label” company… A white label is a product that doesn’t brand its self because they want other people who want a brand to come on and buy their white little product. Dacast basically says, “hey, come to us, we will give you the streaming solution and then you can just write your name on it”…

It’s not yours and anytime the Digital Freedom platform, which is really Dacast and DailyMotion, can be taken away from you the same way that Youtube was taken away. So what did people spend a million dollars on, that’s the question. Because it’s sure wasn’t a platform, it was like a one-time thing. It was like you brought your case, one case of white label beer to the party.

And the level of grandstanding he did with all of this digital freedom stuff drove me crazy; he acted like he was the only guy fighting for free speech…”

Nic Gabriel also explained an incident that reminded him of a red flag regarding Rose’ narcissistic tendency and his unexamined philosophy on looking at people’s worthiness and value. As he recalled:

“I remember Brian gave me a book at one point it was called Pimp by a gentleman named Iceberg Slim. He gave me this book and he said “this is the most important book you will ever read”. So I took the book home and I read it and I was pretty disgusted by it was all about a literal pimp, it was his autobiography, of how he used to use women, how to extract the most value out of them as prostitutes and then how to discard them and find the next one and it was his manifesto, basically. At the end of the book there was some kind of redemption, he did change his ways but I remember thinking to my self, this is weird, a lot of Brian’s behavior seems to mimic the stuff in his book and I remember thinking to my self, surely he cannot possibly think that this is a good way to move through life, like surely he can’t but looking back I realized that’s exactly what he does, he uses people.”

Gabriel also explained how Rose fakes his own image by projecting the image of a tough guy, acting like a “gangstah rapper” who survived the ghetto when in reality he actually comes from a wealthy background in Southern California. According also to Gabriel:

“I always find it strange but now I understand what it is, it’s this desperation to be seen as a strong man… and that’s what this whole thing is built upon it’s like that little wounded child within him is so desperate for recognition and love and all those things we crave and for some reason he couldn’t find it because it’s.. again I don’t know what happened in his childhood, I know there was some issue and I’m not judging the man for it, I had difficulties in my childhood too; almost all of us did but the problem is, instead of addressing it in a healthy way, he’s addressed it in… it’s kind of turned in on itself, it’s become twisted and it’s turned into this caricature which is this “look at me, look at me… I need power, I need this, I need that…”

Meanwhile, on May 4, Coffeezilla uploaded another short episode regarding Brian Rose again. The video showed how Rose abandoned the interview of young teenagers when he was again asked about his censorship on the comment section when people confronted him regarding the situation of the money from the Digital Freedom platform fund raising. When Rose was caught on the corner, he avoided the scrutiny once and for all by leaving. In the interview, the teenager said:

“If he wants to talk about free speech and if that’s what he really wants to push, that’s fine. As long as he’s actually committing to these actions but what we’ve seen over the last weeks and months of this campaign is he cannot do that. He’s deleting comments, and he’s now stopping our video from being released.”

Just like those teenagers, Coffeezilla, David Fuller, and Nic Gabriel are concerned about people becoming prey to people taking advantage like Brian Rose. This is probably the reason why they still continue to speak out against him. As explained by Nic Gabriel:

“I think that’s probably part of the allure is that there are certain elements within him that he’s working with that are appealing and that do have some truth and goodness to them. The problem is it’s just so poisoned by all the other narcissism and the huge ego and the total lack of respect and love, and empathy for his fellow humans. It’s a façade, it’s literally a narcissistic mask that he wears like ‘I’m this guy, I’m gonna face my demons, figure out who I am, help people’… and that’s why it’s so dangerous because there’s this little kernel of truth that he’s mimicking and that’s the act, right? But if you scratch beneath the surface you will very quickly realize that he is an empty human being and I often thought about what is it that driving that insatiable lust for fame and power and money and it’s this void within him that he is trying so hard to fill.”

To see the full interview on Rebel Wisdom, go to this link: