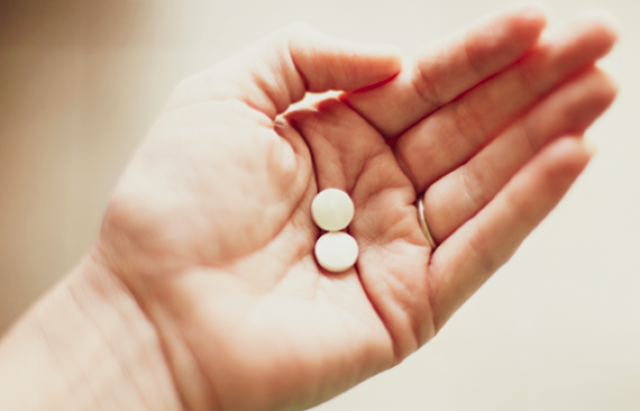 Hearing about how the WHO and the Planned Parenthood advertise chemical abortion (actually, both) and recommend them to take home is not a surprised to many. The PR campaigns of these complex and oxymoronic agencies are way too unbelievably stunning, to say the least. For example, on their website, Planned Parenthood, using enthusiastic voice of a lady which almost sounds like a perfect AI, explained how their “caring staffs are experts in providing safe abortion and support throughout the process”, giving you “accurate information about all of your options and offer non- judgmental support”. But once you investigate, you’ll see that on the inner layer it’s all just another medical lies. So aside from claiming that “serious long-term emotional problems after an abortion are rare”, Planned Parenthood also maliciously claims:

“The abortion pill is really safe and effective. It’s a super common way to have an abortion, and millions of people have used it safely. Unless there’s a rare and serious complication that’s not treated, there’s no risk to your future pregnancies or to your overall health. Having an abortion doesn’t increase your risk for breast cancer or affect your fertility. It doesn’t cause problems for future pregnancies like birth defects, premature birth or low birth weight, ectopic pregnancy, miscarriage, or infant death.”

There are two kinds of pills a woman needs to use for chemical abortion. They need to be taken in order. First is mifepristone, a pill that works by blocking the hormone released by the ovaries called progesterone and second is misoprostol or the one that is also sometimes called cytotec. Misoprostol should be taken few hours after the first one of the next day and according to Planned Parenthood themselves, “causes cramping and bleeding that empties your uterus” which can “last for several hours”. Though contrary to what they claim, abortion pills can have very serious consequences. And these consequences are rarely being told by doctors, healthy agencies, or by the media. It can cause serious infection, high fever, digestive discomfort, to mention the few. A woman in a BBC interview described the experience as follows:

“(It was like) Waves and waves of cramping and pain, of sweating, shaking sickness…

It was too painful and so frightening that to scream would have been to completely give in to it. “

Another one named Claudia also stated:

“Within minutes I started to feel really unwell, just extremely nauseous, and was kind of getting that pain in my chest like I might be about to throw up. And then I started getting cramping at the same time…

There are women being sick on taxis, bleeding on trains, on buses…”

And, a medical doctor who is also the Executive Director of the American Association of Pro-life Obstetricians and Gynecologists named Dr. Donna Harrison also announced:

Another woman named Tammi Morris also told the reporter about how the hospital lied to her, similar to what Planned Parenthood claims on their promotional videos and website, telling her that chemical abortion will be going to be “as simple, mostly painless private, safe process”. But when she recalled, she stated:

“It wasn’t very long after I took that pill that I began to experience labor. And it didn’t take long at all for those labor pains to intensify. Because I’d already given birth to a child, my daughter, I knew what labor felt like and I was shocked. I thought that I would cramp like I had with my surgical abortion, that it would be over relatively quickly. This was not that, this was horrific. This was me alone, afraid and feeling like I’m gonna give birth to death.”

Meanwhile, Kathryn Jean Lopez, a senior at the National Review Institute and editor-at-large of National Review magazine, wrote a profound critique for how the Biden-Harris administration takes advantage of the COVID scam to push abortion, especially about how these women are being misled, virtually forsaken, and not given other options. She reported:

“Pro-life doctors have raised concerns about the safety of these pills, about emergency-room visits and even deaths tied to them. And according to the Guttmacher Institute (friends of Planned Parenthood), chemical abortions have skyrocketed — from about 71,000 in 2001 to 340,000 in 2017. The number of abortions in America increased in 2018, and when all is said and done, to judge from a lot of anecdotal evidence, I think we will someday realize that COVID-19 was a boon for abortion — especially in states run by Democratic governors who were sure to keep abortions happening at the height of shutdown, even when people couldn’t get lifesaving procedures. At a time when we were talking about saving lives, access to life-ending procedures and pills was protected. The coronavirus pandemic and this recent move are a gift to manufacturers and providers, but not to girls and women who suffer.”

Lopez also questioned how these agencies are taking abortion as an ordinary issue and how it is being shoved into the culture; providing access while also allowing the possibility of harm caused by uninformed or misguided or poorly guided decisions. As she explained:

“The Biden-Harris Food and Drug Administration just gave the green light to abortion pills by mail. They are using the coronavirus pandemic as cover, even as people are getting vaccinated and things are opening up. It’s disingenuous and it is cruel. Girls who find themselves pregnant frequently have no idea that a chemical abortion is an abortion. They think it’s birth control. They think it’s the responsible thing to do. I’ve heard this from multiple 17-year-old black girls in recent weeks. If you have a Black Lives Matter sign, can we agree that a pregnant girl should know what she’s doing and know she has other options? It’s different in Louisiana, where there is some genuinely informed consent. But on the streets of Manhattan, there is nothing of the sort.”

“In fact, some days outside the Planned Parenthood abortion clinic on Bleecker and Mott Streets, there is an intimidating man who looks a little like a bouncer, waving girls in so they can’t talk to a pro-life sidewalk counselor who simply wants them to know that there are other options. There are people who will walk with them…”

Lopez has so many important rational and philosophical points and obviously, passion to protect the life of a human being. She calls for the society to be part of the support mechanism providing options instead of discouraging them and leaving women to be alone on this. She then asked:

“Why are the abortion industry and the Democratic Party and abortion-clinic “escorts” so afraid of information and accompaniment when it comes to abortion? Women deserve better. And we will never be a more tender people without some serious examination of this bloody cruelty.”