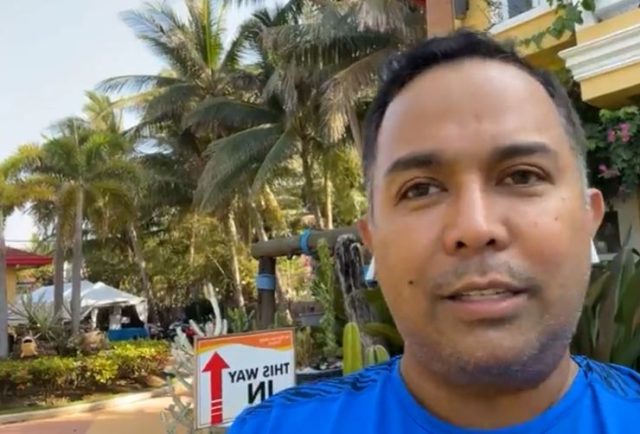 The doctor of physical therapy, Dr. Ron Samaniego, has been making fuzz lately regarding the deteriorating medical and healthcare establishment in the Philippines; exposing how the politics of corruption is plaguing the institutions and how doctors bastardize their own profession through completely unethical (and deadly) practices. Because of this Dr. Samaniego has become a target by the pro-narrative public who are oblivious about the corona circus and of course, for both paid and unpaid online trolls. And aside from these ignorant and hateful accomplices, Dr. Samaniego was also targeted by the country’s Youtuber doctors, with one based from Australia who is creating ridiculous troll videos. Fortunately, Dr. Samaniego still wins the heart of the thinking Filipinos as he speaks what they also want to say; that lockdowns and other coronavirus protocols provide nothing but further hardships and misery.

It’s not only about the coronavirus scam that Dr. Samaniego rants about. He also speaks out against the country’s PT industry and how medical doctors and hospitals are exploiting physical therapists in exchange for an approval or endorsement for work abroad. He said there are so many Filipino PTs who are just volunteers, doing the work without salary. Most of these situations happen on hospitals, Dr. Samaniego said. According to him:

“So if you ask me why are these physical therapists doing that and why do they agree, they agree to do it because they want to go to go abroad; they are hoping that the hospital will give them certificate. Such a selfish reason! These young physical therapists, mostly aged 21 up to 28, they do volunteer work at hospitals just to have additional certificate for going abroad.”

Dr. Samaniego claimed he tried to make reforms in the PT industry. In a video from his old page that was taken down by Facebook, he stated:

“Before I came along, physical therapists in the Philippines are just doctor’s assistants. All they do is give the hot compress, do the electrotherapy, etc., and they’re just volunteers, meaning doctors don’t pay them. They are being abused by hospitals, by some doctors. And then I came along and said: you know what? We’re going to change their practices because it’s wrong! That’s not fair, it’s against the law. So I changed all of that. Physical therapists here in the country doesn’t have the proper skills, all they do is follow instructions. Doctors are the ones doing the paper work, physical therapists execute the tasks. They are very submissive. And then I came along and changed all of that.”

Dr. Samaniego definitely has some good point and of course, there should be an end to this exploitation. And obviously, with young minds and unaware of the bigger picture, these new generation PTs will defend their seniors, their teachers; including those who are involved in the PhilHealth (insurance) scandal. On this, he commented:

“They are giving this profession a bad name; they are making it trivial by doing a volunteer work; by accepting cases that they cannot handle. What are those cases? Those with stroke which already passed 6 months (?), those with severe issues, those who cannot walk, etc. They still accept patients with those cases because they don’t know anything; it’s the same with other newly graduated medical doctors. They will cover their own because these are their superiors, their mentors, and their guidance. Of course they would cover those people because there’s big money in PhilHealth.”

One reason, according to Dr. Samaniego, is that he doesn’t like how these people do the work. He said they provide patients only with instructions and exercises that are very easy; things that they can easily be learned just from looking at Google. And because these exercises are so simple, Samaniego added, they’re not really effective and that people are not cured. He continued:

Watching his videos, it’s clear that Dr. Samaniego is really disappointed with what’s happening in the Philippines; with the level of corruption and absurdity in politics, healthcare, and the medical establishment. It was also due to his concerns, empathy, and compassion to the victims of this health scam that he really took the courage to speak about it. And specifically about the PT industry, he straightforwardly stated:

“The truth is that this physical therapy (association) is a plague in the country. This is a nest for PT’s who don’t want to grow professionally. This is a nest of PT’s who only give ineffective lectures and seminars. They don’t have the action to uplift the PT industry in the country. So now that I know what they are, should I still want to be part of it? Obviously not. I have a different stance, a different fight. I believe, like here in America, that physical therapists are doctors of our profession. We don’t need other doctors approving or supervising our works. We don’t do that here in the US. So these PT’s depend on medical doctors for their actions while these doctors who supervise do it for money (hand sign).”