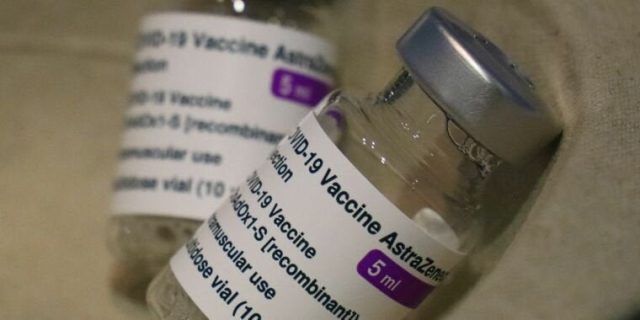 Two days ago, the Department of Health (DOH) has announced that it has recorded 24,823 cases of adverse events following immunization (AEFI) from COVID-19 vaccination. But the agency, however, has again denied these incidents claiming that “none of the serious effects so far has been identified to be directly caused by any of the vaccines”. Maria Rosario Vergeire, the DOH Undersecretary, declared in a press briefing that “there are almost 7,000 non-serious and 164 serious adverse effects for Sinovac and there are also 17,503 minor and 206 serious adverse effects for AstraZeneca”. These serious adverse events experienced by victims are difficulty in breathing and chest pain.

Last month, 15 health workers from Pasay City General Hospital (PCGH, Manila) “tested positive” for COVID-19 after being inoculated with Sinovac’s coronavirus vaccines. Meanwhile, a social media post by a certain Fe Rodrigo Uson is currently circulating right now asking for prayer support for a surgeon doctor named Denton Reyes Aumentado. Dr. Aumentado, according to Uson, was rushed to Doctor Fe del Mundo Hospital due to “difficulty in breathing” after a shot from SINOVAC last week, now in the intensive care unit while being intubated, while another surgeon named Dr. Victor de Gracia was also rushed to the hospital due to serious “symptoms” after a week he was vaccinated.

The Philippine government aims to vaccinate “50 to 70 million individuals within the year” and an estimated 50,000 health workers are expected to be vaccinated on March alone. While to those who still got “infected” after having the first jab, DOH Undersecretary Maria Rosario Vergeire announced they should not be given the second dose. However, what seems to be strange, and tragic, is that the DOH still wants to vaccinate them after 90 days as a “new first dose” “for standardization and effective implementation of AEFI monitoring and causality investigation…”

Last week, the Philippine DOH temporarily paused giving AstraZeneca-Oxford vaccines due to cases of blood clots which occurred after administration. Interestingly, this suspension of AstraZeneca-Oxford vaccine by the Philippine government seems a bit late as Canada, Thailand, Norway, Denmark, Austria, Italy and several other European counties already did this a month ago. In the UK alone, it reported by Health Impact News that “521 of the 847 deaths followed AstraZeneca COVID injections, and 492,105 of the 626,087 injuries followed AstraZeneca COVID injections”. The DOH and the FDA director general Eric Domingo, however, has again downplayed the incidents by having a false claim that these blood clots “rarely happens” while reports from all over the world shows how AstraZeneca’s blood clot side effects are widely happening, which is also sometimes fatal. HIN also reported:

“Researchers from Norway, Germany and elsewhere insisted they had found evidence of a connection. And after the UK acknowledged more than 2 dozen new cases of the rare clots – 9 of them fatal – it seems the dam has finally broken.”

“Just days after Australia’s deputy chief medical officer, Michael Kidd, acknowledged that there was likely a connection between rare blood clots and the COVID vaccine developed by AstraZeneca and Oxford, officials from the European Medicine Association (EMA), Europe’s top pharmaceutical regulator, have finally acknowledged the link, even if the agency’s official stance – that there’s no evidence of a link, but no evidence to rule it out – remains unchanged.”

Despite these very alarming and disturbing incidences of death and injuries, the Philippine DOH, sadly, still announced that it’s still possible that AstraZeneca’s vaccine will continue to be given to Filipinos under 60 years old “after a two-week review of local experts”. According also to them, the Philippines “has so far received 525,600 donated AstraZeneca doses from global vaccine-sharing pool COVAX Facility” and these vaccines have already been administered.