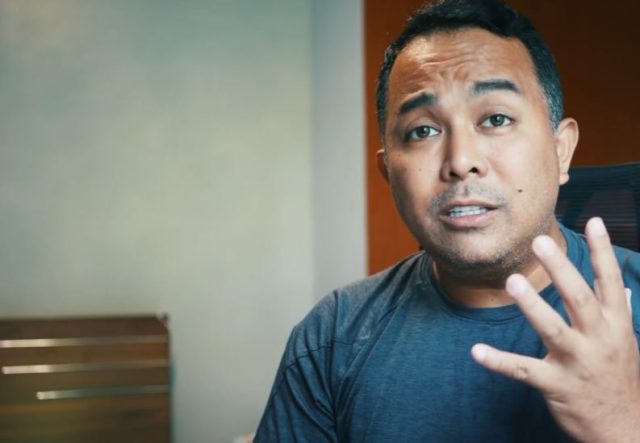 A Filipino physical therapist doctor who graduated in New York is exposing the corruption of medical doctors involved in the conversion of diagnosis into Covid. However, his Facebook pages were taken down for posting videos talking about Covid-19 on a different narrative. Dr. Ron Samaniego, also an acupuncturist and a chiropractor, owns 30 clinics in the Philippines. In his series of video post, he claimed that “the reason why doctors are recording simple illnesses or problems as Covid is because they are getting huge money from PhilHealth incentives”.

In one of his videos posted before his Facebook page was taken down, Dr. Ron Samaniego explained:

“Not all of them but there are medical doctors that are in cahoots with PhilHealth and the DOH. They want to extend the ECQ not for the reason they are claiming, meaning not because of high cases of infection, but because of money. Of course these hospitals will be full because of more than 700,000 Php that they can get.”

Many of his critics accuse him that he’s very angry and frustrated at medical doctors for no reason and that he’s doing this for fame and money. Dr. Samaniego, however, said that he’s just empathizing with many people who are affected by this medical scam. He explained:

“I just want to make it clear, I’m not angry at doctors and medical professionals; I’m not dismissing the fact that some of them are sacrificing their life, those frontliners who treat people. I’m not saying they are not doing important works. But my question to them when they claim I don’t respect those health workers who died is this: how do you know if Covid was really the cause of death? What is your proof? Give us proof that they really died from Covid and not from pneumonia, or not from a heart disease, or not because the person was hit by a car, etc. Prove it first that they really died from Covid before we can continue talking coz it’s really easy to claim that it’s because of Covid.”

Commenting on the extended lockdown, Dr. Samaniego challenges the government agencies managing the Covid crisis in the Philippines to stop quarantining people, stop testing, and stop incentivising Covid diagnosis so that, according to him, the alleged positive cases will plummet and that the Philippines “can go back to normal”.  But recognizing also the fact that there are entities profiting from this scam, Dr. Ron stated:

“There are many people inside the system who do not want things to go back to normal because right now they are in-control. There are many people who want to keep this situation we have right now for the longest time and they don’t realize that many people are seriously affected by the lockdown. There are many people who want go abroad for work but cannot go abroad; our fellow OFW’s who cannot go out of the country. These people need to provide for their family but they cannot do it. So stop testing, stop incentivizing Covid diagnosis. This is the reason why they want ECQ, this is the reason why it’s still happening. It’s because of profit! Many doctors in the Philippines are profiting from this. I’m not lying to you; I’m just saying what our fellow countrymen are saying, I’m just echoing their sentiments.”

Talking about the corruption in PhilHealth, Dr. Samaniego insists that some doctors should be investigated because they are the only personnel who can allow it to happen by signing the billing document. Meanwhile, on its website the Department of Health (DOH) posted the prices for its “Covid packages”, in which Dr. Samaniego used to explain to the public. The lists are as follow: “Mild pneumonia” – 43, 997 Php, “Moderate pneumonia” – 143,267 Php, “Severe pneumonia” – 333,519 Php and lastly, “Critical pneumonia” – 786,384 Php. Therefore many people believe this is one of the main reasons why the DOH, the FDA, some doctors, and other involved government agencies are not allowing other options because they can benefit from these amounts. On the same video, Dr. Ron continued:

…these people are playing a very dangerous and fraudulent game. These people are fraud. They have no idea that what they are doing is against the law because in the first place, they don’t know the law. These doctors, those who are converting other illnesses to Covid, are the reason for the high “coronavirus cases” in the Philippines. Most of these medical doctors, especially those who have connections inside the government or those who are working in the government are not good doctors because they only got the position through corruption.  And just because they don’t know much about anything, they’d rather steal from people, they’d rather steal from PhilHealth, they’d rather do something unlawful and against their oath.”

Indeed, due to corruption, the Philippine government and the medical experts are paralyzed. Even though there are health professionals proposing solutions as opposed to the current lockdown and other protocols that are severely affecting the economy and damaging the mental health of many Filipinos, President Rodrigo Duterte’s administration seems not fazed or perhaps purposely ignoring these concrete suggestions from real experts. In fact, the Concerned Doctors and Citizens of the Philippines (CDCPh), a group of medical professionals and ordinary citizens in Manila, is claiming to have proofs that Ivermectin, a cheap (35 Php each) anti-parasitic drug used to treat various diseases for 40 years, can be used to treat the so-called Covid-19. The government instead denies that indeed, these clinical studies exist and it also denies the fact that there are really studies showing the effectiveness of Ivermectin as prophylaxis and even treatment for late infection stage. On the contrary, the DOH and the FDA are instead allowing the expensive one, Remdesivir, which cost around 28,000 to 38,000 per treatment, even though it’s not yet proven to be safe and effective.

What’s more ironic is that the DOH and other agencies involved are pushing the vaccine even though vaccines are not approved by the FDA. Even though reports are coming out on a daily basis, telling horror stories of vaccine injuries and even death around the world, these agencies still keep on pushing the vaccines; ignoring and even gaslighting the people who warn against taking the jab. So instead of supporting the doctors who want to use Ivermectin as a potential solution to everything that this crisis is causing, these government agencies are ignoring them and even threatening them to not prescribe Ivermectin even though it’s totally legal for them to do so. Therefore, more and more Filipinos are now questioning the government’s narrative on coronavirus crisis.

“Personally, I don’t want to get the vaccine because it’s not yet proven to be safe and effective…

And because the virus (SARS-NCov-2) has not been isolated, it’s more of a human experimentation right now.

“They say even when you get the vaccine, you can still get infected.

Unfortunately, Dr. Samaniego’s videos referred here were already down as Facebook also took his page down. But to check Dr. Ron Samaniego’s new page, go to this link: