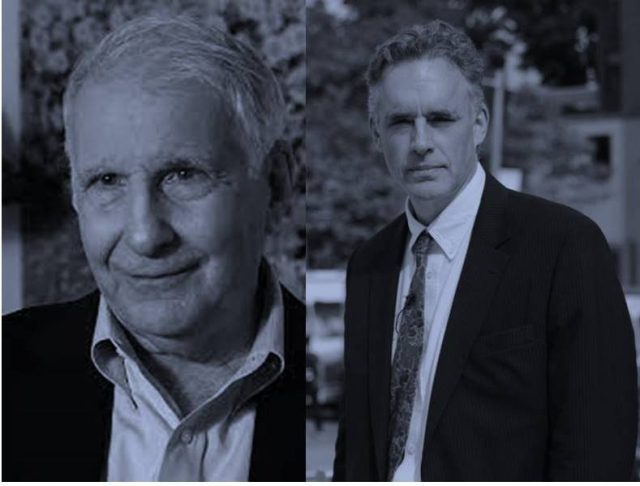 In 2019, Jordan Peterson and his daughter Mikhaela, along with his son-in-law, went to Russia for getting a treatment on his severe anxiety which was made worst by the medication called benzodiazepines. His anxiety levels, according to him, went high when his wife was hospitalized due to cancer and they were told that she only had less than a year to live. This was after they did everything for her to get well when yet, her situation was getting worse. According to him, they went all over “North America to New York and to Houston and to LA” to look for different opinions and then later settle on surgery. Talking about the options for therapy and the beginning of his serious problem with benzodiazepines in a podcast with his daughter, Peterson said:

“…nothing is going to help but surgery was probably the best low-probability bet. So I asked my doctor to increase the benzodiazepine dose but what seemed to happen as a consequence of that was that I just got more anxious. Again in retrospect, it seems like I had a rather uncommon but not unheard of reaction to Benzodiazepines where increased dose makes anxiety worse instead of better.

…so then at one point when things weren’t getting better and Tammy was still in the hospital I was trying to take care of her. We had lots of help, I stopped taking them entirely and tried Ketamine which is a treatment for depression while that, neither of those were a very good idea as it turned out. So I had to stop taking Benzodiazepines entirely and take the Ketamine…”

Mr. Peterson then explained that after that he stopped taking all of these medications for a week without knowing that usually, it’s going to have a very bad withdrawal. Dr. Peter Breggin, a Harvard-trained psychiatrist and former Consultant at NIMH with work that “provides the foundation for modern criticism of psychiatric diagnoses and drugs and leads the way in promoting more caring and effective therapies”, has written so many books about various psychiatric drugs. He explained the “mental dysfunction and addiction caused by benzodiazepines” as follows:

“Currently among the most widely-prescribed psychiatric medications, benzodiazepines or tranquilizers can produce a wide variety of abnormal mental responses and hazardous behavioral abnormality, including rebound anxiety and insomnia, mania (especially Xanax) and other forms of psychosis, paranoia, violence, antisocial acts, depression, and suicide. These drugs can impair cognition, ranging from short-term memory impairment and confusion to delirium. They can also induce dependence and addiction. Severe withdrawal syndromes with fever, lowered blood pressure, shakiness, muscle cramps, blurred vision, abnormal sensations and perceptions, psychosis, seizures, and even death can develop. The short-acting benzodiazepines, alprazolam (Xanax) and, to an even greater extent, triazolam (Halcion) are especially prone to cause psychological and behavioral abnormalities. Especially when given high doses over many months, many people suffer from mental and emotional instability and cognitive problems long after stopping these medications. These adverse drug effects can wreak havoc in the lives of individuals and their families.”

Explaining about what he felt during those moments and how akathisia, a conditione he developed due to benzodiazepines, Jordan Peterson went on to state:

“Yeah well it was unbelievably unpleasant; I mean it was unbearably unpleasant. And so I started stopping, started tapering off when Tammy was in hospital but I couldn’t push that too fast because it wasn’t bearable…

My anxiety levels went higher than anything I’d ever experienced and I also developed this condition called akathisia and the best way I can describe that is that it was like being jabbed with something, like with a prod, like a cattle prod. Something electric or something sharp, non-stop for hours, for all the hours I was awake. I couldn’t sit or lay down or stop moving. And even if I get up and move, it wasn’t like that made it better, I just couldn’t stop doing it. It was horrible. akathisia is horrible. It’s like being whipped, that’s another way of thinking about it.”

Describing akathisia or tardive akathisia in one of his books, Dr. Peter Breggin wrote:

“Tardive akathisia involves a feeling of inner tension or anxiety that drives the individual into restless activity, such as pacing (see chapter 3 for details). The first report of tardive akathisia I have located in the literature was published by Walter Kruse in 1960. He described three cases of muscular restlessness that persisted at least 3 months after discontinuation of treatment with fluphenazine and trit1upromazine. The “akathisic syndrome … consisted of inability to sit still, pacing the floor all day, jerky movements of arms and shoulders.” Once again Delay and Deniker (1968) were also among the first clinicians to notice the disorder. In discussing “syndromes persisting after cessation of medication,” they mention “hyperkinetic” ones. As early as 1977, Simpson more definitively made an association between tardive dyskinesia and akathisia that would not respond to treatment.

Considering the millions of patients subjected to this torment, the problem takes on epidemic proportions. Tardive akathisia can be subtle. A woman in her mid-sixties consulted me because of seemingly bizarre feelings that other doctors attributed to her depression and to somatic delusions or hallucinations. She had a feeling of “electricity” going in periodic bursts throughout her body. Although she sat quietly in the office, she spoke of feeling fidgety and driven to move about.”

Dr. Breggin stated that it was definitely caused by akathisia as the “sensation she was describing had first been noted while she was taking the medication”, adding that “the patient felt “driven to distraction” and even to suicide by the disorder”. After Dr. Breggin’s diagnosis, the woman then “felt relief and was taken seriously”. He then continued:

“In 1993, Gualtieri wrote: In telms of clinical treatment and the public health, however, TDAK [tardive akathisia] is a fact, not a question. It is one more serious side effect of neuroleptic treatment, like TD and the Neuroleptic Malignant Syndrome. Taken together, they define neuroleptic treatment as a necessary evil, a treatment that should be administered with care and caution, and reserved for patients who have no other recourse.”

Luckily, Jordan Peterson survived and he’s now uploading videos again. Explaining this on the podcast with Mikhaela, he stated:

“The reason I did survive certainly wasn’t because I was enjoying my life; the reason was that I had family that I was very attached to and friends who went above and beyond the call of duty, helping to care for me but the experience was intolerably dreadful. And it’s so strange because we’re now in Serbia, weirdly enough, in Belgrade, of all the bloody places. And we’ve been here about two weeks and went to yet another specialty clinic run by an anaesthesiologist and they modified the medication that I was taking in Florida which is where we were last. And I cant understand it but virtually all my symptoms have disappeared. I’m still weak, if I get up and walk around I don’t have my stamina but I can think clearly. I feel I’m back to my regular self, such as that is during the mornings and during the days I can work. You know it’s very surprising to me that this happened so rapidly but it has…”

To learn about how to manage and cope with akathisia and other mentel health issues, visit Dr. Breggin’s website.