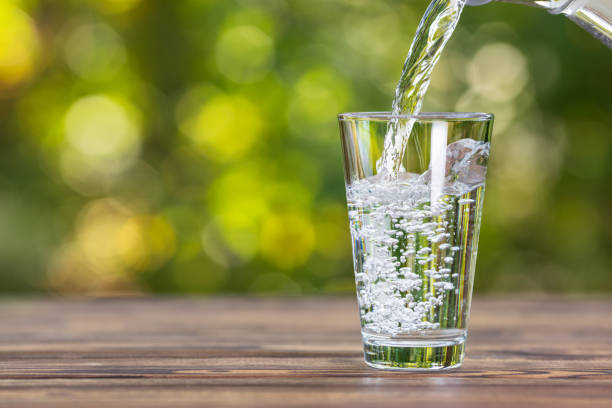 In October 2018, a study published by PubMed/NCBI (National Center for Biotechnology Information) concluded that “adults living in Canada who have moderate-to-severe iodine deficiencies and higher levels of urinary fluoride may be at an increased risk for underactive thyroid gland activity”. Meanwhile in December of the same year, a study published by Science Direct concluded that “higher levels of fluoride exposure during pregnancy were associated with global measures of ADHD and more symptoms of inattention as measured by the CRS-R in the offspring”. And in August of 2019, JAMA (Journal of the American Medical Association) Pediatrics published a latest study linking fluoride exposure with lower IQ among children. The study concluded that “maternal exposure to higher levels of fluoride during pregnancy was associated with lower IQ scores in children aged 3 to 4 years. These findings indicate the possible need to reduce fluoride intake during pregnancy”.

These are just some of the strong reasons why the governments of the world should help each other and do what their supposed-to-be primary purpose is, to protect the public against corporations and businesses that pollute the environment and poison the people. Because the truth is that there is really no need for them to put fluoride in drinking water. No matter how they justify, with lies anyway, real science will always show the truth. Water fluoridation is the most stupid thing that governments have ever done; this is another form of their unconscious action which leads to terrorism and even subtle genocide. There is no doubt that this is chemical terrorism as studies clearly show how fluoride adversely affects the human body. Some of its toxic effects harm or disrupts the thyroid, skeletal health, muscles, kidney, brain, cardiovascular system, while it may also affects fertility to both male and female, accelerates puberty, calcifies the pineal gland, causes arthritis, hyperactivity and/or lethargy, muscle disorders, and increases tumor rate. So why did they allow it? Well, of course one of the main reasons why is because of money.

Fluoride is topical and systemic. Topical fluorides include toothpaste, mouth rinse, and gels while systemic fluorides are those that are ingested such as water, dietary supplements in tablets, food, drinks, etc. As seen by the comparison, it shows that other parts of the world that do not fluoridate their water. For example, in Western Europe, there are less cases of tooth decay. Teeth also show the health of our bones; so if it shows that you have a poor teeth condition, you might also need to worry about your bones and your calcium. However, as what the world can see, there is really no sincere action being taken against this social problem we have. The Alliance for Natural Health (ANH) wrote in August 2019:

“As we reported in recent years, water fluoridation is a gift to special interests. Since sodium fluoride is a waste product of the aluminum production process, water fluoridation meant that the aluminum industry could profit from their industrial waste. Today it’s even worse. Fluorosilicic acid (FSA), an inorganic fluoride compound, is a waste product of synthetic fertilizer production. Breathing FSA’s fumes causes severe lung damage or death; an accidental splash on skin leads to burning and extreme pain. Yet FSA is put into barrels and shipped across the US to be drip-fed into drinking water.

Water fluoridation is unsafe, unnecessary, and only benefits industries who can turn their toxic waste into cash. Some groups have sued the EPA after the agency denied a petition to ban the practice of fluoridating water. The case is currently in federal court.”

No matter how abundant the warnings are, it is difficult to get these important information through the public. In the agencies alone, the government bodies that supposed to raise these concerns found in scientific studies, there are blockades that clearly show conflict of interests. For example, the American Dental Association and the Academy of Pediatrics used to downplay these findings, claiming that fluoride is safe. The Centers for Disease Control and Prevention (CDC) itself either ignorantly or deliberately “recognize fluoridated water as one of the 10 great public health achievements of the 20th century”.

Until now lies regarding fluoride or water fluoridation are still being perpetuated by the industry, claiming that it has been scientifically proven since more than 50 years ago that the public really benefits from it and that it is a very important thing to do in terms of health. Because the truth is that results from more than 50 human studies show that fluoride is toxic to our brain and body. It accumulates in the body and the blood vessels, causing calcification. Report from National Research Council concludes that “fluoride in drinking water is unsafe and should be lowered” as it “damage the teeth, bones, brain, endocrine system, thyroid, and pineal gland”. Indeed, a scientific article of NCBI back in February 2014 stated:

“The classification of fluoride as a pollutant rather than as a nutrient or medicine is a useful starting point for analysing the adverse effect of fluoride. No fluoride deficiency disease has ever been documented for humans. Indeed, the basis for setting an “adequate intake” of fluoride rests on the alleged ability of ingested fluoride to prevent tooth decay. However, since it is now known that the effect of fluoride is topical, the notion of an “adequate daily intake” is flawed.”

It’s so ironic that places like Washington still argues about whether fluoridating the water should be allowed or not. And it’s so ridiculous that a city like Spokane would have to spend up to $600,000 to conduct a study on fluoride when decades of efforts were already done which clearly present compelling reasons to stop pushing people to consume this toxic industrial waste. Though sadly, fluoride is being used everywhere in the world. The main reason why this happens is no doubt corruption and money; corrupt politicians and military personnel are being bought by the industry for them to not only get away from responsibility but also to profit from it. Unless society takes its power to say no to water fluoridation, we will have more generations compromised.