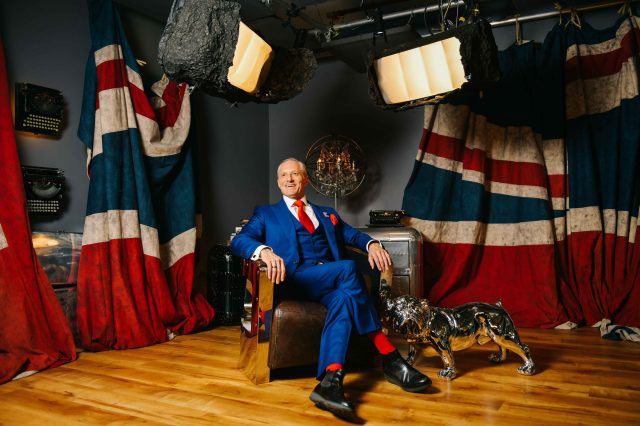 The man who got very famous after interviewing David Icke, the veteran “conspiracy theorist”, as many journalists would call him, is still gaining controversy over an issue of money swindling against his own followers. We are talking about none other than Brian Rose, the founder of London Real who is also running for a mayor in London. VICE published an article about him entitled “The YouTuber Accused of Using Coronavirus to Scam His Followers” while Cofeezilla, a famous “scam buster” who has a huge following on Youtube calls him a “liar trying to take people’s money” “using free speech” and “people’s political dissatisfaction”.

In addition to these outlets, David Fuller, a long time BBC journalist who is now managing an independent press named “Rebel Wisdon”, has also produced a couple of videos and wrote articles about Brian Rose. Explaining about why Brian Rose’ supporters were disappointed and now desperately wanting to get their money back, Fuller wrote:

“Predictably, many of Rose’s “customers” felt they had been scammed: the website Scamguard has 28 scathing reviews of the courses, and a Google search for reviews shows up multiple unhappy customers. A Facebook group set up to advise unhappy customers on how to get their money back has nearly 300 members. In fact, many of those who signed up for London Real’s courses managed to get their money back from credit card companies, after they were able to prove that the courses were such poor quality that they were covered under the credit card company’s guarantee against mis-selling.”

Here’s a man that stands for nothing. Brian Rose says he stands for free speech then he censors people within his “Digital Freedom Platform”. Brian Rose says he’ll defend to the death your right to say something he can disagrees with and then he’ll remove one of my videos or several of my videos for criticizing him. He says he stands for “this” and then he goes against it “over here”. He’s a man of like pure convenience. Whatever makes him look good at that exact moment he is what he will do, and then it’s just like a series of lies from there.”

According to David Fuller, Brian Rose claiming things that are outright lie just to make people think that he is really gaining the trust of the public when in reality, Rose owes not only explanation and apology but also money to many people who trusted him, those who donated hundreds or thousands of dollars and those who enrolled at his online mentoring business in which many have expressed dissatisfaction and even contempt. On one of his videos discussing Rose’ case, Fuller stated:

“What I love about Brian Rose is that there is a Brian Rose reality bubble that his trying to create by systematically faking all of these metrics of success, like the views, the campaign… it’s extraordinary but so far, what’s amazing is that has not worked in terms of intersecting with the real world. So in one reality bubble, Brian says he is the second favourite and has been the second favourite, he’s the only man who can beat Sadiq Khan, the mayor of London and yet if you look at the polls he’s not even at one percent; he’s not even breaking out the also rounds. So these reality bubbles are just completely separate. It’s extraordinary.”

As you go deeper to the story, the deception had gotten worse and painful for those people who outcry against Rose. As explained by Fuller:

“In the following days, Rose went into overdrive, claiming that he had been censored by Big Tech and that he was determined to fight back. He launched a crowdfunder for what he called a “Digital Freedom Platform” to host another interview with Icke. It would, he said, be “of the people, by the people and for the people”. More importantly, it would be fully independent of London Real. What he didn’t say, however, was that it would also be fully owned by Longstem Ltd, the company that owns London Real and has one shareholder: a Mr Brian Rose.”

David Fuller then proceeded to explain about the figures on the crowdfunding:

“Still, in the early days of the pandemic the crowdfunder hit a nerve among those frustrated with Big Tech’s heavy-handed attempts at censorship. Rose hit the initial $100,000 target in less than a day — so, over the course of a few days, he added new features to the crowdfunding campaign to justify increasing the target, including unspecified “blockchain technology” for $200,000, and a promise to take YouTube and other tech companies to court for another $200,000. In the end, the crowdfunder maxed out at over a million dollars.”

“I am convinced Brian’s business accelerator programmes are a total cash grab. I do believe many participants feel cheated. I also think that Brian is a successful content creator, but I very much doubt he knows how to run a successful, hugely profitable business. I mean, first of all, we can’t all be YouTubers, second of all many people have pointed out that Brian’s company is not doing well financially. From what I gather his company is in debt. Participants in his courses have also said he spent very little time with them and showed signs of utterly delusional grandeur and megalomania. Perhaps not the guy to tell you how to set up and run a profitable business.”

David Fuller, who’s been investigating about Brian Rose since the beginning of May last year, also wrote:

“In Rose’s self-created fantasy world, his campaign is proving a roaring success: he is running in second place to be Mayor, he has the “largest outdoor campaign in British political history” and his raft of glossy films calling out Mayor Khan have racked up millions of views. Yet in the consensus-based reality occupied by the rest of us, this version of Brian Rose doesn’t really exist. Why? Because all his metrics of success have been systematically distorted — and in the one that really matters, the polling for London mayor, he doesn’t even register, not even breaking 1%.”

Meanwhile, William from Project Authenticity stated what he really thought about Brian Rose’ character and contribution:

“I don’t think Brian is a bad guy. I think like all of us he has those two wolves inside him (you know the alleged Native American story, I guess), a good one and a bad one. The one you feed wins. Brian is feeding the wrong one right now. Brian has made some amazing guest and has introduced many people all over the world to interesting ideas. Some questionable or outright stupid ones, but definitely a lot of great ones as well.”