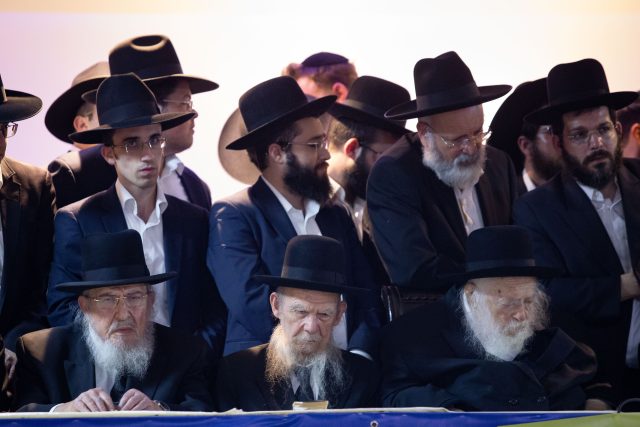 On December last year, Israeli health officials held a meeting with top rabbis of Bnei Brak, an ultra-Orthodox city, in an attempt get their support for the national COVID-19 vaccination program by convincing the public to have the inoculation against the unproven SARS-NCov-2. This effort, however, failed. This is despite the fact that on July, Orthodox rabbi Shmuel Herzfeld of Ohev Sholom synagogue in Washington, DC joined the clinical trial of the Moderna vaccine and used his fame and authority to convince the public to get their shots even without looking for proof whatsoever. Though, the rabbi, awarded as “medical hero” last month due to his advocacy, continues his campaign and even convinced another rabbi in Maryland to participate in the clinical trial.

According to reports, health officials from different parts of the globe struggle to get the public’s consent on vaccination due to the reason that first, the trial was done in short cut and second, substantial amount of the population has already awaken to the truth about society and politics. This is the reason why they asked the religious leaders to help them in convincing the masses to participate and get inoculated. Religion News Service reported:

“A recent Pew Research survey found that half of white evangelicals and 59% of Black Protestants say they definitely will not or probably will not get the COVID-19 vaccine. About one-third of Catholics (32%) and white nonevangelical Protestants (35%) said the same.”

Active in his social media campaigns, Rabbi Shmuel Herzfeld was so proud of his advocacy and one of his TikTok videos in which he is taking the shot gained nearly 390,000 views. According to him:

“I heard from members of the Jewish community from all over the world who were supportive and said ‘thank you,’ because too many people who are associated with Judaism have not followed the directions of science and have dismissed it…”

What’s more interesting is that the number of religious leaders following Rabbi Herzfeld is growing; endorsing the use of COVID-19 vaccines or offering their facilities to help the government vaccinate millions of Americans without investigating what they are really doing and without providing facts. For example, three senior rabbis in ultra-Orthodox Judaism also recommended the COVID-19 vaccine recently. Much like Shmuel Herzfeld, rabbis Chaim Kanievsky, Gershon Edelstein, and Shalom Cohen stated that “anyone who has the option of getting the vaccine should get it”. Despite that the trial was improper as it was fast tracked and despite the news of many people injured and even died after getting the vaccine, these rabbis believe that COVID-19 vaccination is “safe” as they were, according to them, “developed using accepted scientific methods”. Times of Israel reported:

“The three spiritual leaders asked for a medical opinion on the matter from Rabbi Elimelech Firer, who heads a prominent charitable medical organization. That opinion was released on Tuesday in the names of Kanievsky, Edelstein and Shalom, who conclude that “anyone who has the option of getting the vaccine should do it,” saying the shot has been proven safe under standard, accepted scientific methods.”

Aside from the unknown long-term effects of the novel mRNA vaccine, which hundreds of experts warned the public about lately, other problems in these vaccines is that they have been developed using cell lines from aborted fetuses during the 1960s and that they have been laced with tens of harmful chemicals.  Therefore it’s puzzling for many why top religious leaders support and promote vaccination when it’s clearly unethical and it directly contradicts religious teachings. The Vatican and the U.S. Conference of Catholic Bishops, for example, released a public statement on December saying “it’s morally acceptable to take the Pfizer-BioNTech and Moderna vaccines even if the vaccine’s research involved cell lines from aborted fetuses”. Lastly, they also said that taking the vaccine is “an act of charity toward the other members of our community.”

In addition to that, the head of the Archdiocese of Washington, Cardinal Wilton Gregory, also pledged to encourage the people to take the vaccine.  This is because the significant amount of African American population was found to be skeptical on the government’s inoculation program given what happened in the past; particularly the decades of force sterilization program in Africa towards women and also the very infamous “Tuskegee Experiment” towards the Black men in America and in Cuba. Meanwhile, an Imam named Ammar Amonette of the Islamic Center in Richmond, VA, says “Islam supports vaccination even when ingredients come from pork”. Speaking out of ignorance, clearly, from what is really going on in this so-called pandemic and beyond, Imam Ammar Amonette stated:

“In case of an epidemic, you’re not allowed to refuse vaccination even if there’s a slight danger to you of a reaction. Although you may be able to refuse treatment when you’re ill, you can’t endanger others in the community. We have a religious duty and obligation to be vaccinated as long as competent science and medical authorities approve the vaccine.”

Today Israel has already started vaccinating Palestinians working in the country and in settlements in the occupied West Bank. Moderna’s vaccine has been given to some Palestinian labourers who crossed into several occupied West Bank checkpoints. Meanwhile, recently this month, Life Site News reports that “a re-analysis of published data from the Israeli Health Ministry, through Dr. Hervé Seligmann, reveal that the mRNA experimental vaccine from Pfizer killed “about 40 times more (elderly) people than the disease itself would have killed” during a recent five-week vaccination period”. LSN also added that “similar effects of the Pfizer vaccine in the United States where 56% of the reported 1,095 deaths received the Pfizer vaccine and 43% received the Moderna vaccine based on reports released by the Vaccine Adverse Event Reporting System (VAERS) of the U.S. Centers for Disease Control and Prevention between December 14, 2020 and February 18, 2021”.

About this topic, Christianity Daily wrote: