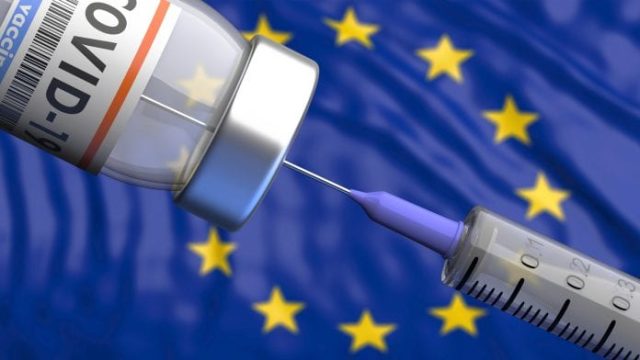 While the media in Thailand reported last week that the country delayed its vaccination rollout and the inoculation of its Prime Minister Prayuth Chan-ocha along with his cabinet with the AstraZeneca vaccine, Denmark, Austria, Iceland, and Norway also announced on Thursday that they will “temporarily suspend” the use of COVID vaccine developed by the same company AstraZeneca, together with the University of Oxford, due to reports of blood clot.

The AstraZeneca-Oxford COVID vaccine is the main vaccine that the UK and the EU heavily relied upon for their immunization program. According to reports, the U.K. so far “has vaccinated more than 22 million people” with the first dose using the AstraZeneca and Pfizer-BioNTech vaccines.

The director of the National Board of Health in Denmark Soren Brostrom, however, stated that the 14-day suspension was only a precaution as they cannot yet conclude that there is a connection between the shot and the blood clot. According to him:

“It is important to emphasize that we have not opted out of the AstraZeneca vaccine, but that we are putting it on hold. There is good evidence that the vaccine is both safe and effective. But both we and the Danish Medicines Agency have to react to reports of possible serious side effects, both from Denmark and other European countries.”

As usual, this is the common answer you will hear from health authorities, politicians, and the companies that manufacture these vaccines. And worst, they always deny that there is a connection even though reports from various independent watchdogs and even by the Centers for Disease Control and Prevention (CDC) have shown that there were so many side effects, adverse events, and even deaths occurred during trials and rollout. They even lie blatantly straight to the public just to cover up events like these ones and protect their name for them to continue their agenda. For example, asked about the matters, representative from AstraZeneca stated in a CNBC report:

“Patient safety is the highest priority for AstraZeneca. Regulators have clear and stringent efficacy and safety standards for the approval of any new medicine, and that includes COVID-19 Vaccine AstraZeneca. The safety of the vaccine has been extensively studied in Phase III clinical trials and Peer-reviewed data confirms the vaccine is generally well tolerated.”

“At present, it cannot be concluded whether there is a link between the vaccine and the blood clots.”

“There is currently no indication that vaccination has caused these conditions, which are not listed as side effects with this vaccine.”

EMA also added that as of March 9, “22 cases of thromboembolic events had been reported among the 3 million people vaccinated with COVID-19 Vaccine AstraZeneca in the European Economic Area”.

According to reports, Austrian health authorities decided to postpone the use of AstraZeneca vaccine due to the death of one person who has been diagnosed with multiple thrombosis, a formation of blood clots within blood vessels. The person died 10 days after the jab.

Back in February 12, the National Advisory Commission on Biomedical Ethics (NCE) in Switzerland “advised against mandatory vaccination” and that the vaccination certificates need to be “explicitly regulated”. It also said that “to prescribe such self-protection for specific groups would be paternalistic and unjustifiable”. This unequal treatment of vaccinated and unvaccinated, the commission also said, “would only be justified if the vaccination guarantees protection against virus transmission”. Of course, the whole world knows that Dr. Anthony Fauci, Bill Gates, and the WHO are “not sure” the vaccines will protect people from infection or transmission.

Meanwhile, unreported by the mainstream media outlet, in the UK’s reporting system for COVID vaccine adverse reactions, through the Medicines and Healthcare products Regulatory Agency, a total of 508 Dead 297,274 Injuries were recorded following this experimental vaccination program using Pfizer and AstraZeneca’s product. The report, released on March 11, 2021, covers data collected from December 9, 2020 to February 28, 2021. Also, in March 5, the CDC recorded through its Vaccine Adverse Event Reporting System (VAERS), a U.S. Government funded database that tracks injuries and deaths caused by vaccines, recorded 25,212 “adverse events”, including 1,265 deaths after injections of Pfizer and Moderna’s experimental COVID mRNA vaccines.

Lastly, In Israel, an interview of Aix-Marseille University Faculty of Medicine Emerging Infectious and Tropical Diseases Unit’s Dr. Hervé Seligmann and engineer Haim Yativ was conducted. They disclosed their research that claim that “Pfizer’s shot causes “mortality hundreds of times greater in young people compared to mortality from coronavirus without the vaccine, and dozens of times more in the elderly, when the documented mortality from coronavirus is in the vicinity of the vaccine dose, thus adding greater mortality from heart attack, stroke…”