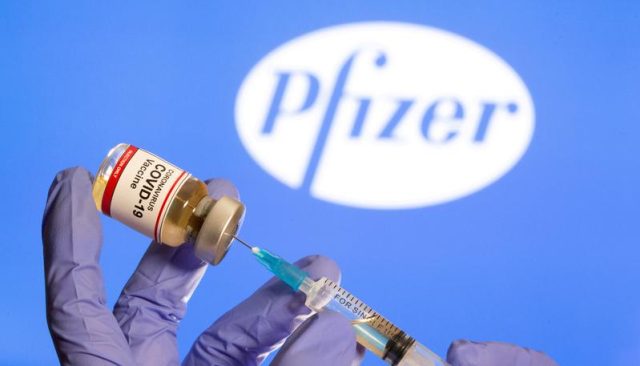 On Tuesday, a health care worker at the Bartlett Regional Hospital in Juneau, Alaska, experienced a serious allergic reaction soon after getting the Pfizer Covid-19 vaccine. The middle-aged woman was hospitalized overnight and was given medications such as antihistamine to alleviate her suffering due to the side effects of the jab as the symptoms “progressed to an elevated heart rate and shortness of breath”. If you have experienced serious drug injury as a result of medical negligence, complete a Free Case Evaluation from an injury lawyer immediately.

This woman even has no history of anaphylaxis, a severe and life-threatening allergic reaction to medicine or food, before she was given the shot; as what the health officials have stated during the press briefing yesterday. According to the emergency doctor named Dr. Lindy Jones, “She had a red, flushed rash over her face and torso…” that’s why she was moved to the intensive care unit and was given an emergency injection of epinephrine. The next day the woman was already “stable” and was already “off all medications”, that’s according to the health officials. But because of this, the head of the Covid-19 response at Centers for Disease Control and Prevention (CDC) advised the woman to “skip the second dose”.

Recently, the Food and Drug Administration (FDA) released a 53-page briefing document revealing that six participants died during the trial of Pfizer’s COVID-19 vaccine. The FDA, however, denied that the vaccine was the reason for these deaths without giving explanation. There were also reports which came out revealing that in the UK, four trial participants of Pfizer’s COVID-19 vaccine “developed Bell’s Palsy”, a paralysis in the face. In addition, it was also reported by Reuters that there was an incident in Britain similar to what occurred in Alaska just last week in which the British medical regulator has warned that “anyone with a history of anaphylaxis should not get the Pfizer-BioNTech COVID-19 vaccine”.

It’s obvious to anyone following the issue of vaccination that every time there is coverage from the mainstream news regarding severe reaction to vaccines, the health officials and the vaccine manufacturers would quickly downplay them, if not deny, and make excuses just to prevent the public from having hesitancy. And then it is also the job of the mainstream media to affirm these denials and bury the concerns by emphasizing the reassurance being made by the health officials to prevent public skepticism. Even worst, mainstream media very rarely cover news regarding deaths or serious injuries caused by vaccines even though Vaccine Injury Compensation Program (VICP) by the government and CDC’s Vaccine Adverse Event Reporting System (VAERS) records thousands upon thousands of cases annually.

Indeed, in connection to this incident in Alaska, the mainstream media then reported that “allergic reactions to vaccines or other medications are rare, but do occur” and that Pfizer made a reassuring statement that the company is “working with local health authorities” to evaluate what happened to the health worker and that it will “closely monitor all reports suggestive of serious allergic reactions following vaccination and update labeling language if needed”. The CDC Covid-19 response head, Dr. Jay Butler, even boasted that the response to the incident “demonstrates that the vaccine safety monitoring system is strong and robust for handling the pandemic response” as if severe reactions cannot be easily identified. The health officials also added that despite what happened to her, the woman “was enthusiastic that she got the vaccine” for the “benefits it might eventually offer her”.